Tropical wave with cyclonic potential is monitored; The Yucatan Peninsula is on its possible path.

CANCUN Mexico (Times Media Mexico) – On this Tuesday morning, there are two areas of concern over the Atlantic Ocean that are being closely studied by NHC for potential development.

One is a tropical wave over the eastern Caribbean Sea producing an area of disorganized thunderstorms and gusty winds. Significant development of this system is unlikely during the next couple of days while it moves quickly westward at about 20 mph across the eastern and central Caribbean Sea. After that time, however, the wave is forecast to move more slowly westward, and a tropical depression could form late this week or this weekend when it reaches the northwestern Caribbean Sea. It has a low (20 percent) chance of formation during the next 48 hours and a medium (60 percent) chance during the next five days. 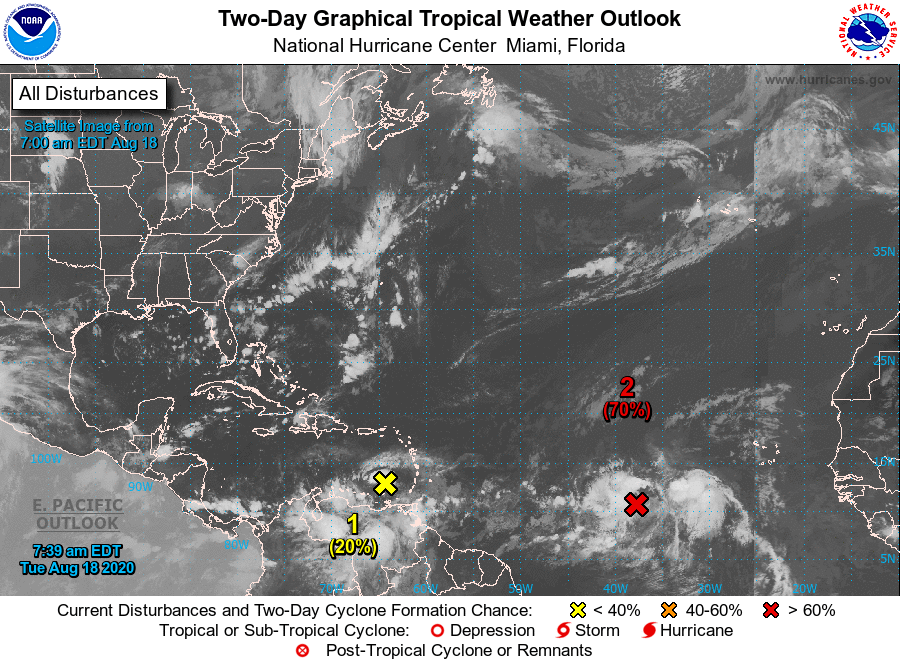 The second is a broad area of low pressure located about 900 miles west-southwest of the Cabo Verde Islands, producing a concentrated area of showers and thunderstorms. 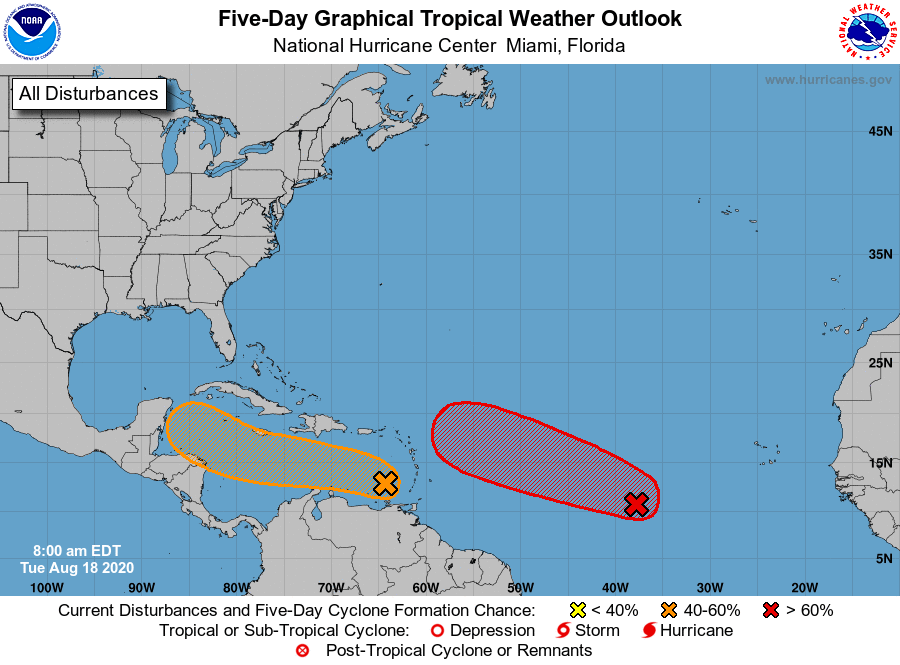 Environmental conditions are conducive for further development, and a tropical depression is likely to form within the next couple of days while the system moves westward to west-northwestward at 15 to 20 mph across the central and western portions of the tropical Atlantic.