The terrible translations of “VISIT MEXICO” another example of ineptitude and corruption in AMLO’s government.

From Mexico’s state of “Warrior” to the city of “Progress” in Yucatan.

MEXICO CITY (Times Media Mexico) – The government of Andrés Manuel López Obrador never disguised its enormous disdain for tourism, even thou is amongst Mexico’s top-grossing activities. So much, that AMLO himself, on various occasions, stated: “We will seek the end of the contrast between the grand tourism hotels and the marginalized colonies with poverty. In other words, everyone shoud be in identical situations”. (Ad verbum)  (Whatever that means in AMLO’s gibberish) .

As we reported in The Yucatan Times, Mexico’s most crucial tourism platform, visitmexico.com, was in dispute over companies claiming they owed money and other issues.

Today, we can see on the federal government’s official site for promoting tourism abroad, embarrassing translations from Spanish to English like the following: 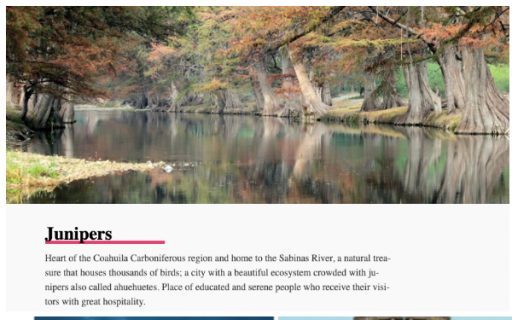 What is a Juniper?
Sabinas, that beautiful place in Coahuila by the river, is full of ahuehuetes, or sabinos, a type of colossal tree. What is the translation of sabinas into English? Exactly… Juniper.

The “Noble” state of Hidalgo
Why did Hidalgo become the state of “Noble” on the Visit Mexico page? Hidalgo, in Spanish, can also be understood as someone of nobility. In English and Spanish, noble is written the same. 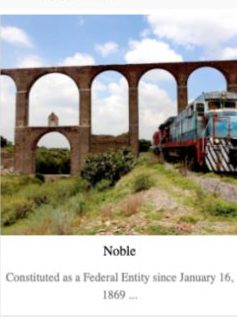 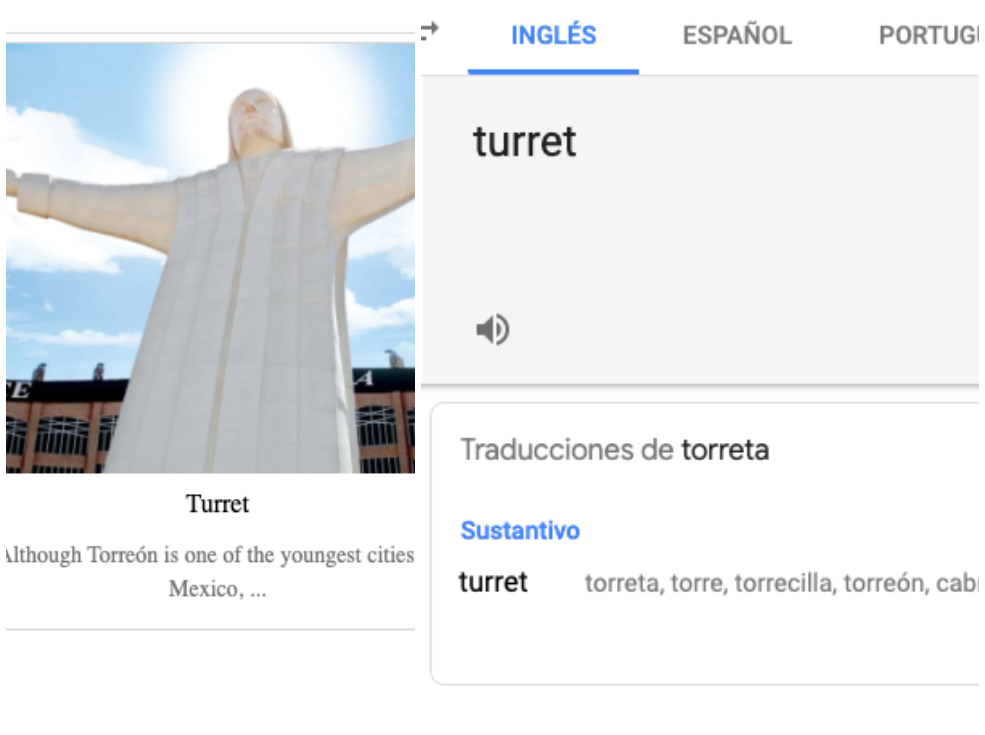 But the worse of them all… The one that impacted us the most is Guerrero in English, WARRIOR. 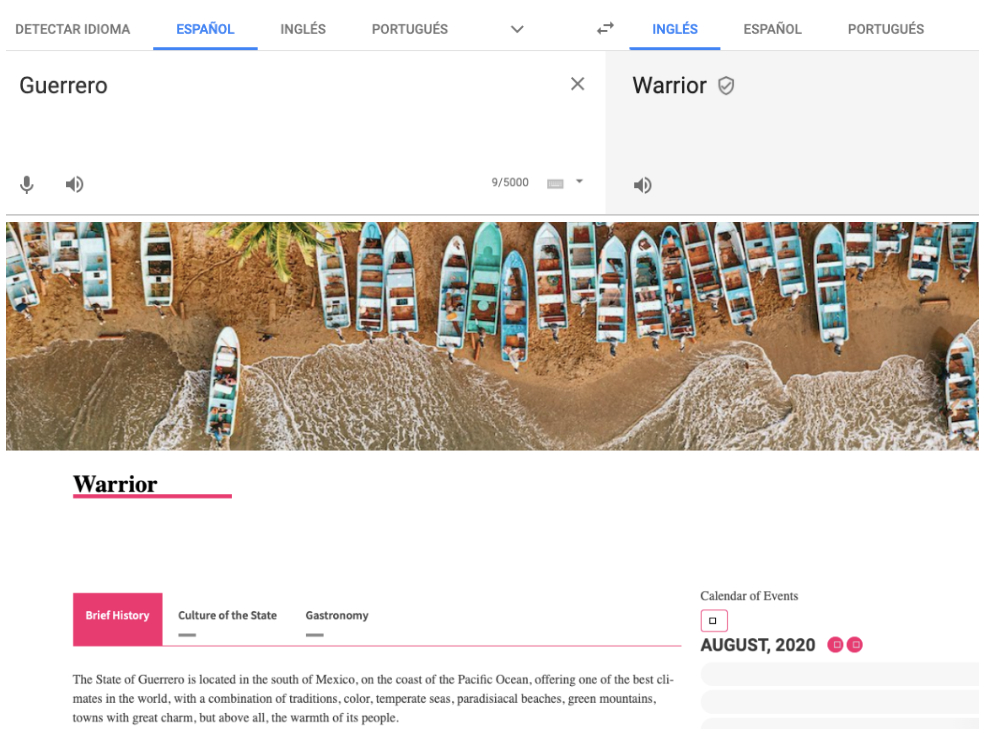 WHY VISIT MEXICO, AN OFFICIAL SITE, HAS SO BAD ENGLISH?
We slipped into the page code, and what did we find? Visit Mexico was written and published in Spanish, and only an English translation “plug-in” was added to the code. There was no translation work done on the site to promote our country abroad, although it WAS PAID FOR when the page was designed.

So most probably more than one foreign person who entered the site to find out what to visit in our country came out more confused than informed.

Here are some other pathetic translations: 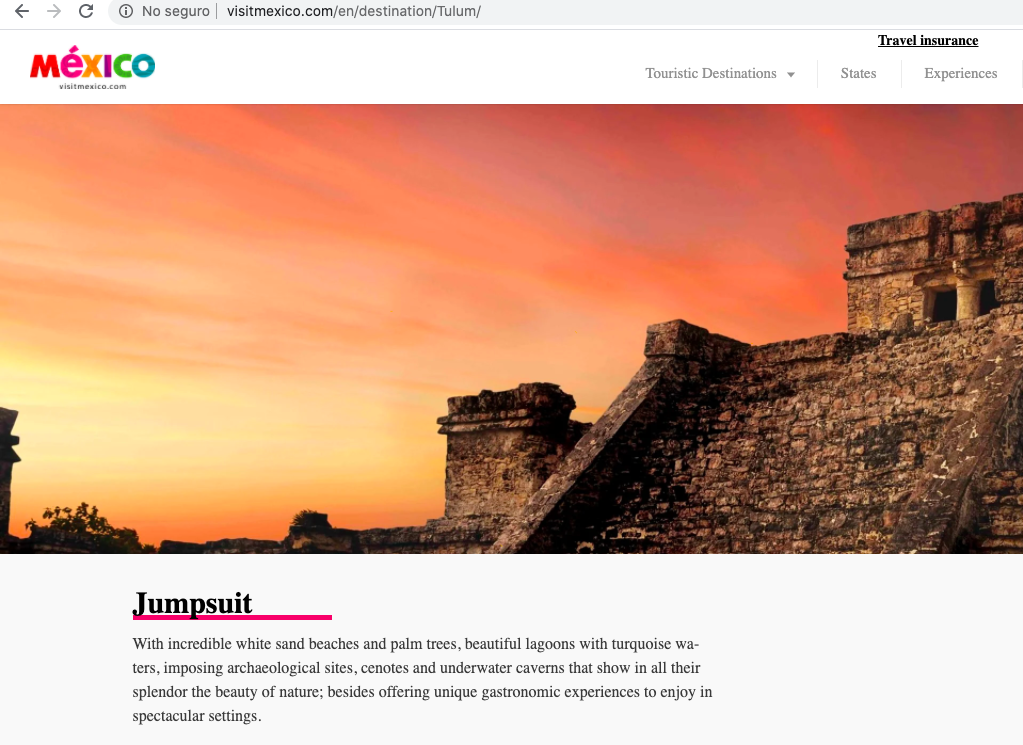 Tulum is… Jumpsuit! Why? Who knows! The translator defined it as such. 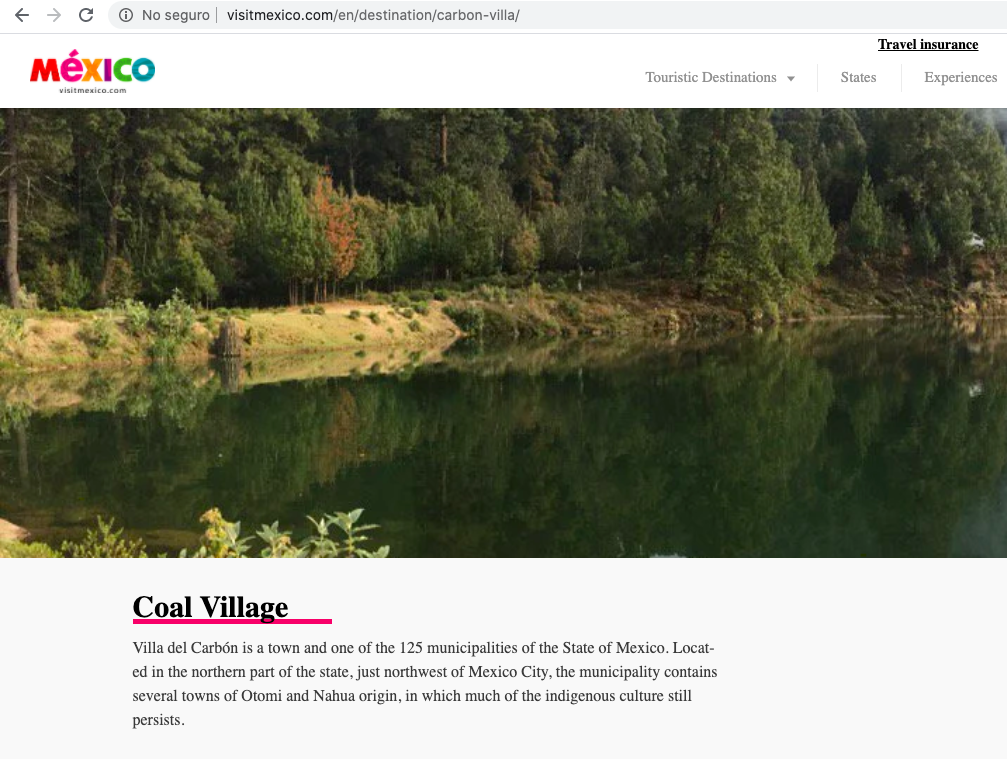 Villa del Carbón in the State of Mexico is… “Coal Village” So very literal.

And last but not least, we close with our very own Progreso, in Yucatan, currently known as “Progress”. 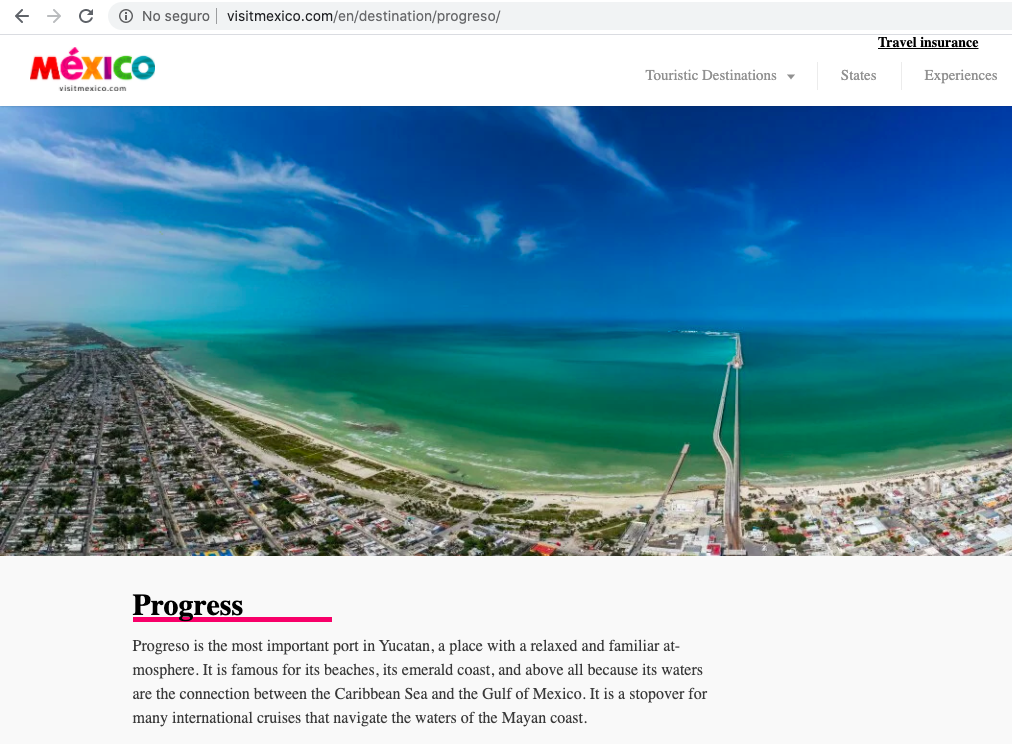 And we still have 4 more years of this government to go.