More of the same – The López Obrador brothers, stories of scandal, corruption and influence peddling

Andrés Manuel López Obrador is no stranger to family scandal. In early 2019, in one of his morning conferences, he noted that one of his brothers tried to deal with the Chihuahua government, but was not given an audience. The issue caused a stir because a reporter reminded him that he had promised that nepotism and influence peddling would not exist in his government.

It is well known that the brothers of the current president of Mexico, Andrés Manuel López Obrador, have also developed professionally in politics. Last Thursday, a video of Pio Lopez Obrador, the president’s brother, allegedly receiving money for the 2018 presidential campaign from David Leon, shook the public opinion. 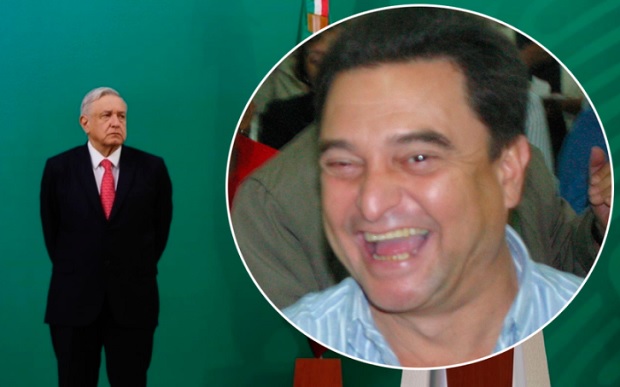 However, this is not the first time that AMLO and his brothers have provoked scandals.

The López Obrador siblings.
Andrés Manuel López Obrador, currently 66, is the oldest of seven brothers. It is said that one of the critical moments in his life occurred in 1968. According to a story by Jorge Zepeda Patterson in the book “Los Suspirantes 2018”, Andrés Manuel witnessed an accident that ended the life of his brother José Ramón, who found a firearm that his father had received as payment for a debt. He began to play with it until it slipped out of his hands. The weapon fell to the ground and opened fire, killing him with a shot to the head.

Arturo López Obrador, another of the brothers, was described by Andrés Manuel López Obrador as a “traitor” for supporting a PRI candidate, Héctor Yunes Landa, in 2016, then a PRI candidate for the government of Veracruz. AMLO and Arturo have had substantial family disagreements made public to the extent that the president has even declared, “I no longer have any brothers”.

José Ramiro López Obrador, former mayor of Macuspana, Tabasco, between 2003 and 2006 was the leader of the Democratic Revolution Party in that state. In December 2018, it was announced that he would hold the post of Undersecretary of Border Affairs, Migrants and Human Rights in AMLO’s administration. However, the former mayor’s past is shrouded in scandal, as he was accused of embezzlement from land sales and poor budgeting during his tenure in Macuspana.

Now, Pío Lorenzo López Obrador was in the midst of controversy in October last year, when Reforma newspaper revealed that he had offered budget funds, access to credit and protection from auditing bodies to 21 mayors of Chiapas, as long as they joined the ranks of the National Regeneration Movement (Morena) party. Opposition members of Congress have raised their voices since it is well known that the current administration operates political agreements towards the 2021 mid-term elections, and Pío is one of Andrés Manuel’s operators.

The Governor of Chiapas, Rutilio Escandón, dissociated himself from the efforts of AMLO’s brother but did not deny the political ties of the latter who he defined as a man who “has led the democratic work in Chiapas”.

Candelaria Beatriz López Obrador is the only sister of the president. She studied to be a teacher and, throughout her life, has not been involved in controversy. The single case for which she was involved in headlines was the death of her daughter Jade Judith, in a car accident.

Candelaria’s twin brother, Martín Jesús López Obrador, was involved in a scandal in 2008 when it was revealed that he was facing a lawsuit for failing to pay a law firm up to 900,000 pesos.

Yesterday in his morning press conference, AMLO tried to justify the bribes to his brother and did not accept the illegality of the payments. According to the president of Mexico, that money was from “citizen contributions,” but even so, the law strictly prohibits the entry of resources that are not duly declared. Then again, It is not the first time AMLO defends questionable situations. We can remember when one of his closest allies, Rene Bejarano, was caught receiving large sums of money. Same thing with Ponce, filmed at Las Vegas casino and Carlos Imaz, Claudia Sheinbaum’s ex-husband also immersed in scandal. AMLO defended them. This time is not an exception.

The business sector and political leaders have pointed out that the origin of the money should be investigated, as well as the commitments made to receive these resources and to determine if David Leon reached the presidential cabinet because of these resource deliveries.

“We are not the same, in this case from my brother’s video with David Leon, there are, therefore, notorious differences concerning the other issues, it is not only the quantity, but it also is not only the amount of money, which is not compared (…) it has our opponents very upset, it is undoubtedly extortion, it is biting, they are going to obtain public resources illicitly. It is corruption.

(…) my brother, with David León, are “contributions” to strengthen the movement when people supported it. We have been fighting for many years, and we have been “financed by the people” as has happened when revolutions have been carried out to refresh memory and make history, the Mexican Revolution was financed with the cooperation of the people.