Mexico now, with more than 60,000 deaths, will double the number in 100 days. – University of Washington

Given the scenario of the pandemic in Mexico, in four months, the number of deaths would practically double. With the current rate of spread and current health measures, the country would reach 130,000 deaths by December 1. If the use of masks is reinforced, it would be 121,000.

MEXICO CITY (Times Media Mexico) It took the coronavirus for more than five months to exceed 60,000 victims in Mexico, but the figure could double in the next 100 days.

According to an estimate by the University of Washington, if the pandemic maintains its pace of spread and current health measures continue, by December 1, our country would have 130,387 deaths. 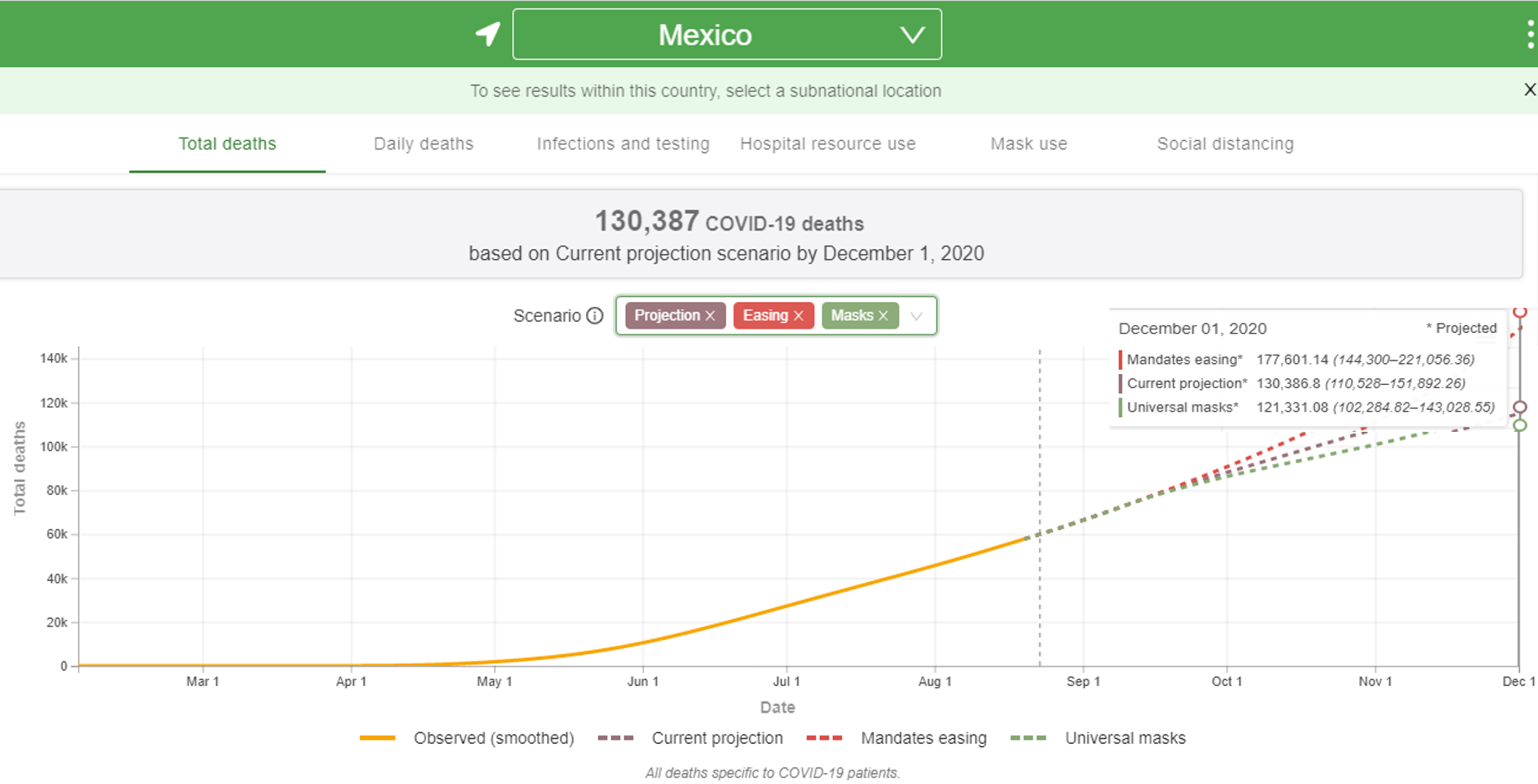 December with 130,000 deaths.
The study of the academic institution considers that Mexico would exceed Brazil in the mortality rate.

If the rate of spread of coronavirus and prevention measures in place are maintained, on December 1, the number of deaths from covid-19 in Mexico would rise to 130,387, according to the projection of the University of Washington.

The update made yesterday, based on calculations by the Institute of Metrics and Health Evaluation, showed that, by that date, Mexico could surpass Brazil in the mortality rate, which is expected to be 94.12 per 100 thousand inhabitants for the South American giant.

In a worse scenario, in which the use of masks is relaxed, the academic institution warned that in Mexico, there could be 177,601 deaths from coronavirus.

However, if the use of masks is strengthened, the number of deaths is expected to reach 121,331.

On its official website, the University of Washington presented its analysis and indicated that in the country could slightly decrease the number of daily deaths in September and rebound in November.

It also warned that by December 1, 10,412 beds in intensive care units and 8,982 mechanical ventilators could be required.

The data
The University of Washington says that if health measures are relaxed in Mexico, the number of deaths will exceed 177,000 by the end of the year.

On the other hand, if measures such as the use of facemasks are strengthened, the estimates consider 121,000 deaths.