In terms of confirmed cases, 8,458 were added, the highest increase in records so far, from one day to the next.

MEXICO CITY (Times Media Mexico) – With 46,688 deaths confirmed by Covid-19, Mexico on Friday placed itself as the third country with the most deaths from this disease in the world.

According to official figures, the country surpassed the United Kingdom, with 46,119 deaths, and is below only the United States, with more than 156,000, and Brazil, with 92,475.

Despite the third place in absolute numbers, by the rate of deaths per million inhabitants, Mexico ranks 11th worldwide, according to the German website Statista, and 14th, according to the Oxford University website Our World in Data.

With 688 more deaths from COVID-19, Mexico reached 46,688 deaths so far this Friday. After this increase, it is the third country with the most deaths from coronavirus, after surpassing the number of deaths in the United Kingdom, which reports 46,204, according to the Hopkins University count.

In terms of confirmed cases, 8,458 were added to the register, the highest increase in records so far, from one day to the next. In total, 424,637 people have tested positive for COVID. Besides, 90,220 suspects must wait for laboratory results. 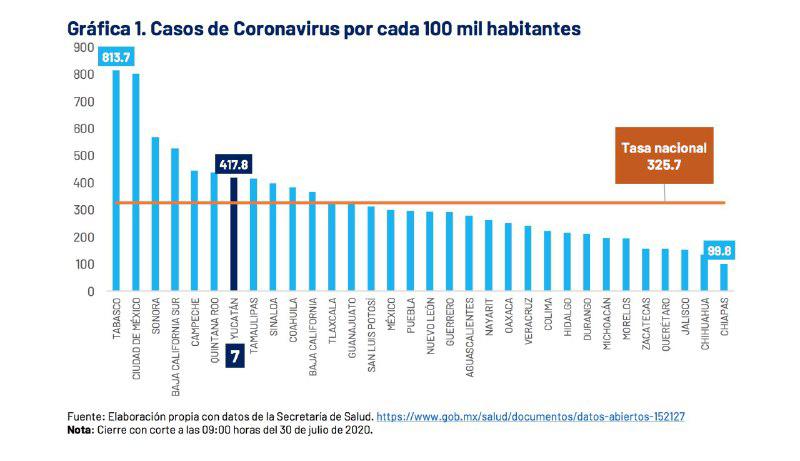 In the country as a whole, 46% of general hospitalization beds for COVID-19 are occupied; however, Nuevo León and Nayarit have the highest hospitalization levels, 76 and 74%, respectively.

As for beds with ventilators, 62% are available, and 38% occupied at the national level. Nuevo León and Tabasco report 69 and 63% occupancy, respectively. 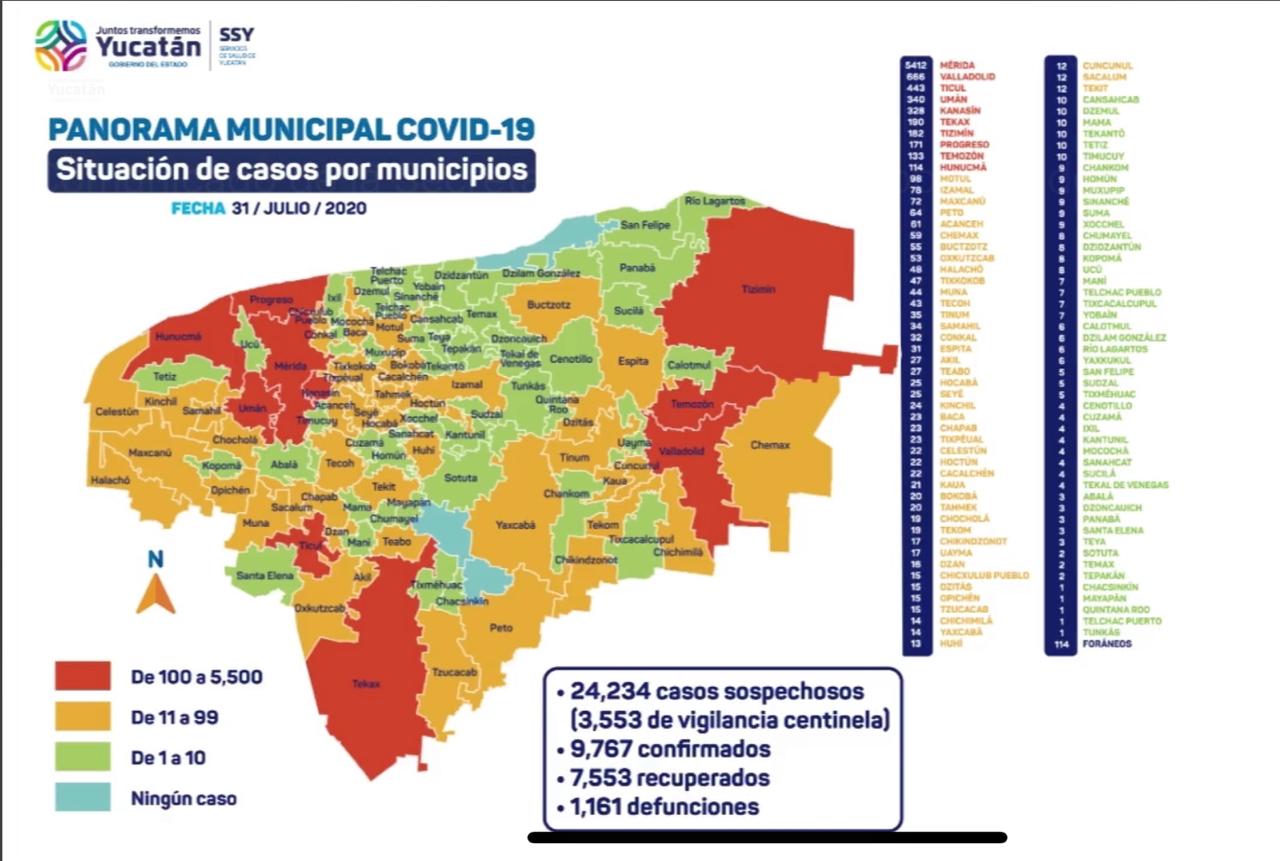 Yesterday, Friday, 34 deaths were reported and 240 new Coronavirus infections were detected: 115 in Mérida, 29 in Ticul and Valladolid, 9 in Oxkutzcab and Tizimín, 5 in Tekax, Temozón and Umán, 4 in Teabo, 3 in Tinum, 2 in Chichimilá, Halachó, Maxcanú and Motul, and 1 in Akil, Cacalchén, Chankom, Chapab, Conkal, Espita, Izamal, Kanasín, Muna, Progreso, Río Lagartos, Sucilá, Tekantó, Tixkokob and Yaxcabá. 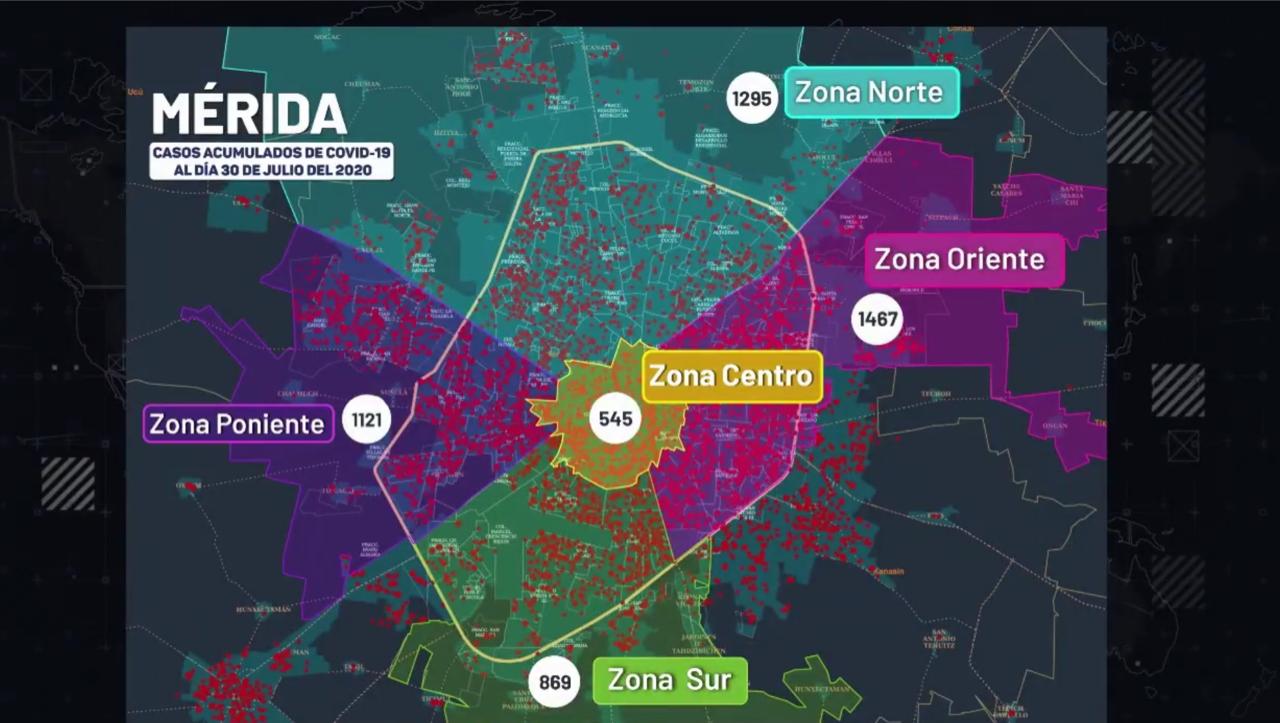 In total, there are already 9,767 positive cases.