Historic drop in Mexican economy during 2020

MEXICO CITY (Times Media Mexico) – According to the results of the Gross Domestic Product (GDP) made by the National Institute of Statistics and Geography (Inegi), the GDP had a real decline, to annual comparison, of 18.7 percent during the second quarter of the year (period April-June 2020), a historical figure.

Meanwhile, the Quarterly Gross Domestic Product decreased by 17.1 percent in real terms in that quarter of the year compared to the previous quarter, with figures adjusted for seasonality.

This means that during the first six months of 2020, GDP at constant prices registered a variation of (-)10.4 percent, compared to the same half of 2019. 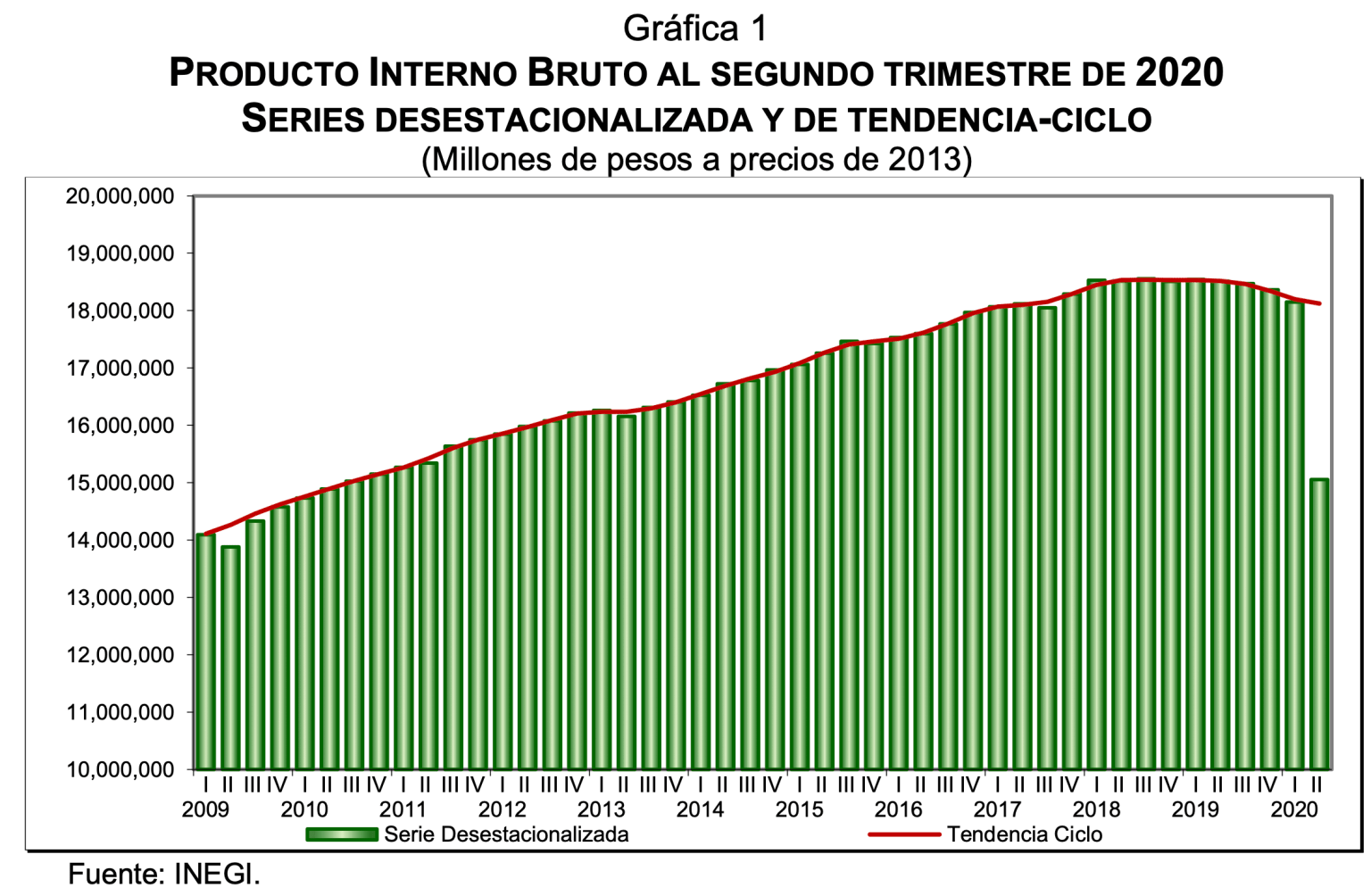 Moreover, in the GDP contraction observed during the confinement, it is necessary to go back ten years to observe the product’s same level.

GDP to the second quarter of 2020, Seasonally adjusted and trend series. Data from INEGI.

This index’s decrease is since Mexico suffered the most substantial health measures in the quarter due to the COVID-19 pandemic.