Fireworks & Controversy or a Middle Ground: Preview of The Republican National Convention

The city of Charlotte, North Carolina is abuzz with activity as federal officials, Republican party delegates and a host of staffers and journalists prepare for next week’s Republican National Convention. At the convention, roughly one-sixth of the total number of delegates (336 out of 2,550) will be present to renominate incumbent President Donald Trump as the party’s nomination for the 2020 Presidential Election.

The logistics behind the convention have, to an extent, been tumultuous – initially set for Charlotte, certain events such as Trump’s acceptance speech were relocated to Jacksonville, Florida.

The change came after N.C. Governor Roy Cooper voiced concerns regarding crowd limitations in Charlotte due to the coronavirus pandemic. The RNC temporarily switched the event to Jacksonville to allow for a full crowd, but when the city became a hot-spot, the venue returned to Charlotte. A small crowd of supporters will watch Trump’s South Lawn address on Thursday. 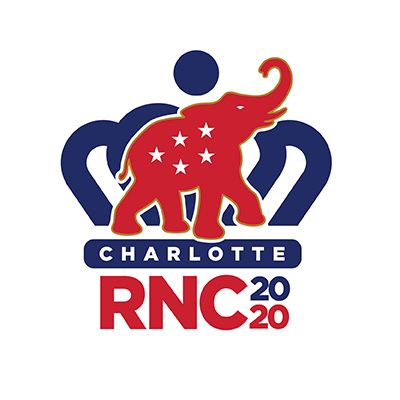 To enter the convention, all attendees have to display negative COVID-19 test results and provisions are in place to encourage social distancing, mask-wearing and symptom monitoring the rest of the week. In an unusual but perhaps predictable twist, reporters will be barred from the convention.

As per tradition, the convention follows last week’s Democratic National Convention, which was conducted with wide-scale social distancing efforts. Like the DNC, the RNC will be streamed live on various platforms.

Speakers at the DNC bridged the partisan gap and preached unity over division. The former Republican Governor of Ohio, John Kasich, appealed to moderates and disillusioned Republicans, while Senator Kamala Harris made history by being the first African-American and Asian-American woman nominated for the vice presidency.

Whether the RNC will follow this unifying strategy and seek to connect with a broader, undecided audience or continue to appeal to the president’s most ardent supporters with incendiary rhetoric remains to be seen. The convention provides an opportunity for the Trump administration to garner support amid a turbulent year, in which social upheaval continues in force and a pandemic rages in the shadow of an impending recession.

A number of speakers are scheduled for Monday through Thursday, each day having been thematically titled:

Various others are also expected to speak, like Nick Sandamann, a high-school student featured in a confrontation with a protester that went viral in 2019, exemplifying the explosive social tensions of modern American political culture, and Mark and Patricia McCloskey, a St.Louis couple currently facing felony charges for an incident in which they pointed their guns at Black Lives Matter protesters outside their home.

As nationwide protests continue against police brutality and wider structural issues of racism, speakers at the RNC are expected to express their support for law and order and police officers. The invitation of speakers like Sandamann and the McCloskeys underscores Trump’s frequent anti-media rhetoric and opposition to the Black Lives Matter movement.

The structure of the convention is by no means what the Republican Party wanted, but the dire circumstances of the pandemic drove them to settle for a limited capacity, socially distanced convention. Regardless, Trump’s notion of American greatness will intersect with the party’s focus on the future to rally support around the president in the last ten weeks until Election Day.