The total number of infections exceeds the number of inhabitants in municipalities suach as Cuauhtémoc or Miguel Hidalgo.

MEXICO CITY (Excelsior) – Half a year has passed since that tweet from Hugo López-Gatell, undersecretary of health, in which he confirmed that a first covid-19 test applied to a man with mild symptoms of the disease had turned out positive.

Since that February 27 and until today, Mexico has accumulated 573,888 infections of the SARS-CoV-2 virus, representing an average of 3,170 cases per day, 132 per hour or two per minute. 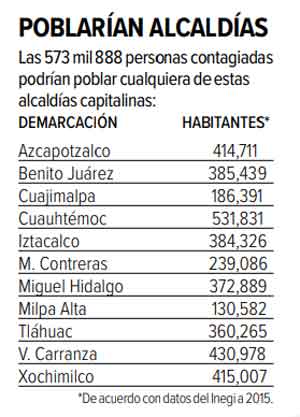 The first infected person was identified as Angel Octavio, 35 years old, who arrived at the National Institute of Respiratory Diseases (INER) to request a covid-19 test.

Days before that February 27, the man had attended a congress in Italy, the epicenter of the pandemic at the time, and one of those present was infected with the virus.

According to the Ministry of Health, of the total number of people with coronavirus, 25.70% were hospitalized, and 74.30% remained at home.

The distribution by sex in confirmed cases shows a predominance of almost 53% in men. The overall median age is 44 years. 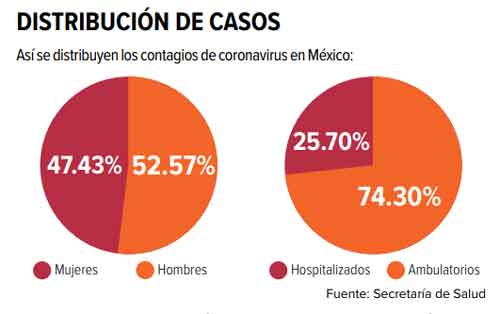