A Secret History of the Pumpkin

The pumpkin – often recognized as a round, orange crop most popular during autumn in many regions – has a much more extensive background for indigenous people than many may know. Also known across North America  by its native name in Spanish, calabaza, the pumpkin has been on our earth for thousands of years, with the earliest seeds found in a tomb in Mexico dated back to 7000 B.C.

Calabaza needs a warmer temperature to be able to fully grow, which is why they are best grown and harvested in the southern parts of North America and Mexico. In many places in Latin America, they are able to grow organically year-round due to the climate. Yet pumpkins can now be grown on 6 of the continents. In regions like the United States or countries in Europe, due to the changing climate, pumpkin is more of a seasonal crop, planted in late May and harvested just in time for Halloween, Day of the Dead, Thanksgiving and related harvest festivals in autumn. The seeds each year are then stored to be plated again the next year. 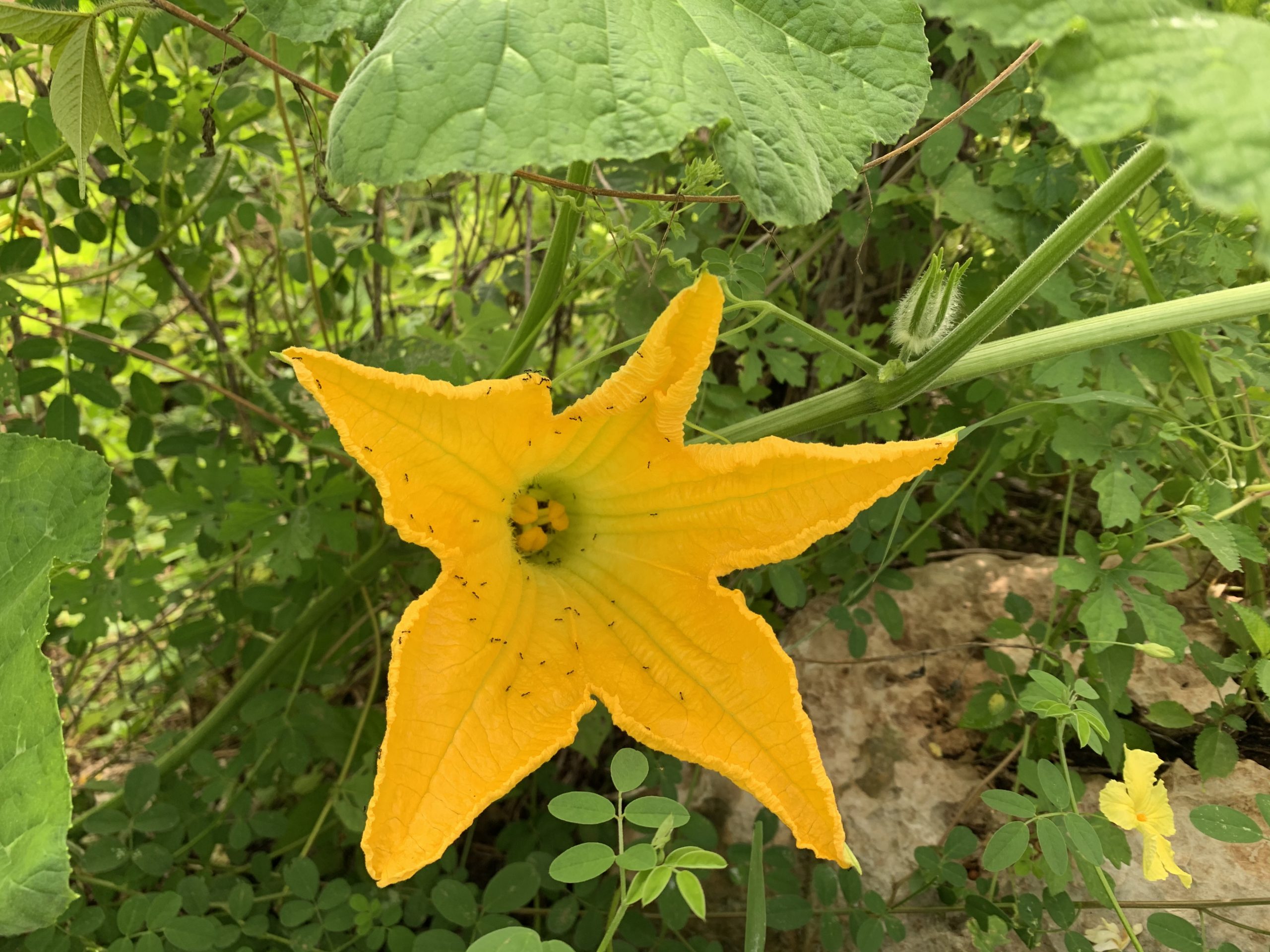 The pumpkin is a part of the gourd family – which includes fruits and vegetables such as melons, cucumbers and zucchini. Besides the common view of a pumpkin as being just orange and round, calabaza comes in all different colors and sizes, ranging from green, to black, to beige. When cultivated those thousands of years earlier, it is said that the pumpkin was a heavily used crop, and being one of the earliest crops, one can imagine that its uses were quite extensive. Indigenous peoples like the Mayans and Aztec used calabaza in ways that are still common today.

Cooking strips of pumpkin over a fire, roasting the seeds of the pumpkin and eating as a snack, and pumpkin pie – although now much different – was even popular those thousands of years ago. The seeds inside the calabaza – also known as pepita – are great sources of protein. The pumpkin overall is rich in nutrients like iron and potassium, and is extremely low in calories. Besides soley for food, dried pumpkin would sometimes even be cut into strips and woven to make mats, and hollowed out pumpkins would be used as cups or bowls. Another reason it was and still is so popular in indigenous cultures. 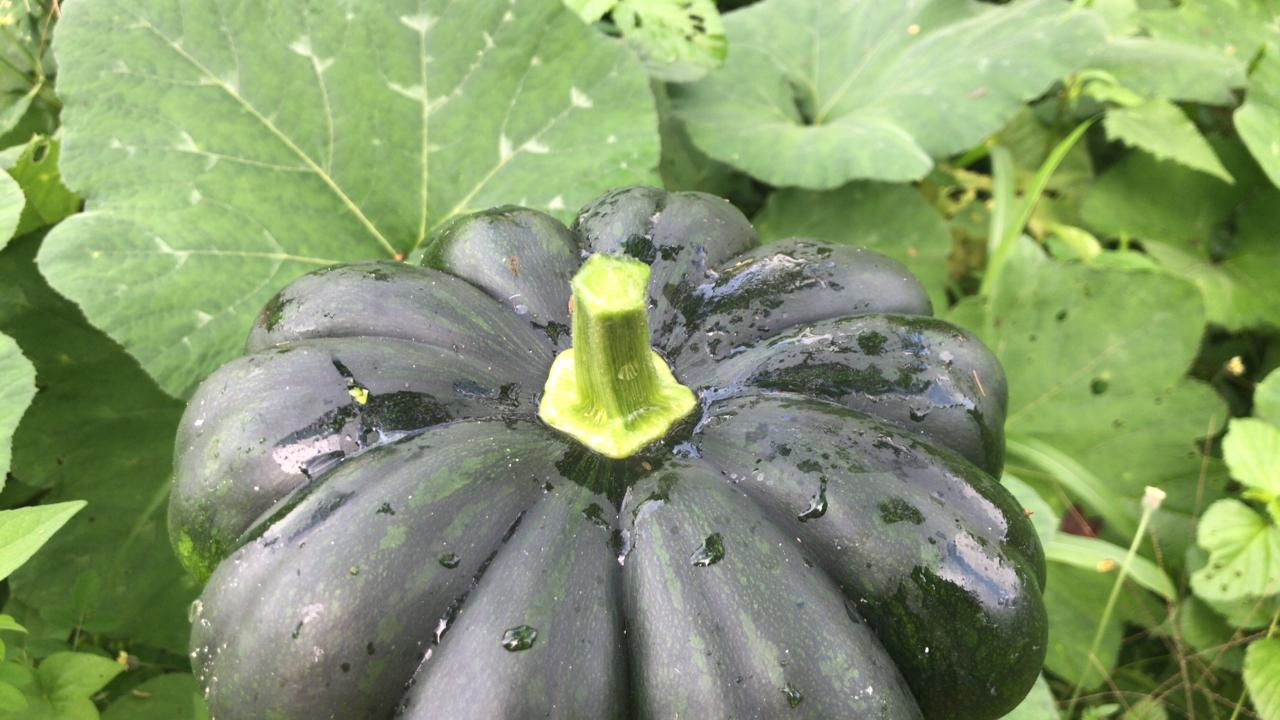 Similar to the way calabaza was used those thousands of years ago, the pumpkin in Mexico can be used in just about any dish you could think of. Tacos, quesadillas, enchiladas, soups, the list goes on. No part of the pumpkin goes to waste, including the flower that grows along with the pumpkin. A dish called calabaza en Tacha is very popular in Mexican cuisine, and has been around for years. This consists mainly of pumpkin, sugar and cinnamon, making it almost a candied pumpkin. A simple and authentic recipe. [See recipe number 1 below]

Another sweet recipe with just a few more steps is Pumpkin Empanada. This consists of first making the empanada with flour, butter, salt, cinnamon, sugar and milk. Then making the pumpkin filling with pumpkin flesh, brown sugar, cinnamon, salt and vanilla. [See recipe number 2 below]

Using large slotted spoon, transfer cooked calabaza to serving tray. Cover with foil; set aside. Using slotted spoon, remove and discard cinnamon sticks and any loose calabaza skins from liquid. Return liquid to boil over medium-high heat. Boil, stirring occasionally, until liquid reduces to thick syrup that coats the back of the spoon (about 3 cups), 25-30 minutes.

In a small pot on a low heat add pumpkin puree, piloncillo, vanilla bean caviar and scraped vanilla bean pod, salt, ground cinnamon and combine well. Once filling mixture is bubbling and gently simmering, cover with a lid and simmer on a low heat for 20 minutes.

Be sure to stir throughout simmer time. Once pumpkin filling is thick and paste like, remove from heat and cool completely

Now divide dough in to 12 to 14 dough balls. Use extra flour for dusting work surface and rolling pin. Roll out dough ball in to a flat disc and add 1 to 1 1/2 Tbsp of cooled pumpkin filling to the center. Fold over the dough encasing the filling and firmly press edges to seal the empanada. Place on a large baking sheet lined with parchment paper. Continue the process until all empanadas are done. Cover empanadas with wrap and allow them to rest for 30 minutes. Bake in a preheated oven at 350 ºF / 176 ºC for 18 to 20 minutes. Remove baked empanadas from oven and cool for 15 minutes

NOTE: This recipe easily makes a dozen regular sized empanadas. Completely cool and store for up to 3 days. They are best eaten within 48 hours.

For The Yucatan Times Food and Drink
Sydney Fowlkes

Sydney Fowlkes is a Pennsylvania-based writer and journalist whose work focuses on social and environmental news features.