Mexican first “lady” Beatriz Gutierrez fueled an uproar on social media, again, on Wednesday with a Twitter comment widely viewed as inconsiderate when she slapped away a question about what she was doing to help parents of children with cancer.

Gutierrez published a celebratory post on the second anniversary of the election victory of her husband, President Andres Manuel Lopez Obrador, in July 2018.

Responding to her post, Twitter user Jose David Guerra asked: “When will you personally attend to the parents of children with cancer? Thank you for your kind response.”

Gutierrez responded, “I’m not a doctor, maybe you are. On you go, you help them,” in a tweet that has since been deleted but widely retweeted. 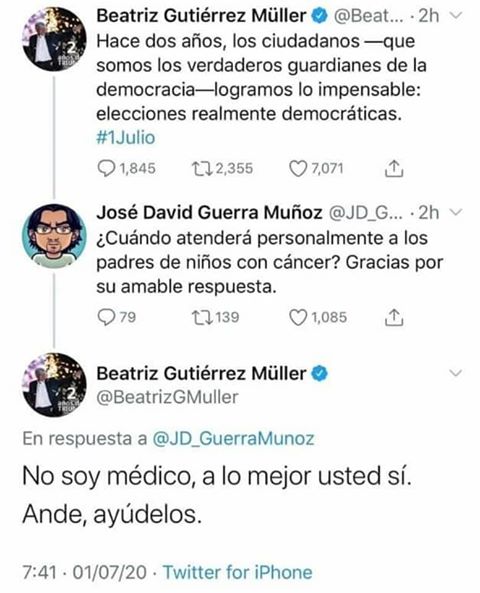 She later posted an apology in which she blames Lopez Obrador’s opponents for the considerable media attention her comments drew.
“My husband’s adversaries are very inquisitive!” she wrote on Twitter. “If my expression ‘I’m not a doctor’ offended anyone, I apologize… I just want to express that I am deeply human, and I wish the best for everyone.” (Ad verbum) 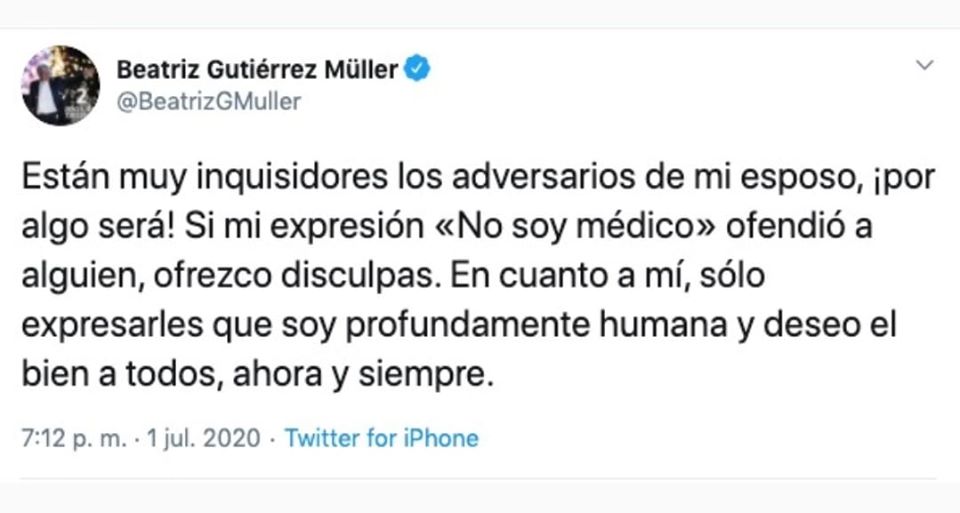 The president’s office declined to comment on the row, which threatened to take some of the shine off Lopez Obrador’s celebration of his win’s anniversary.

A shortage of medicines to treat cancer in children has drawn negative headlines for Lopez Obrador during his two year government as he’s tried to “repair” the health system.

Sick children and distraught parents criticizing the government has been a constant in this administration as well as overcrowded hospital wards, no medicines, and a severe lack of empathy has damaged AMLO’s reputation.

These displays of arrogance should not occur in 2020, let alone in a government that has promised a moral renewal of public life.