“Hanna” is already a hurricane, and it is heading for the coast of Texas.

MIAMI Fla. (NHC/CONAGUA) – ”Hanna” became the first hurricane of the Atlantic season in the Gulf of Mexico on Saturday and is heading for the coast of Texas (USA), where it is expected to make land today, while tropical storm ”Gonzalo” advances near Trinidad and Tobago.

Hanna’s journey
With maximum sustained winds of 75 miles per hour (120 kilometers), ”Hanna” is about 100 miles (160 kilometers) from Corpus Christi and about 90 miles (150 kilometers) northeast of Port Mansfield, both in Texas, the National Hurricane Center (NHC) detailed. 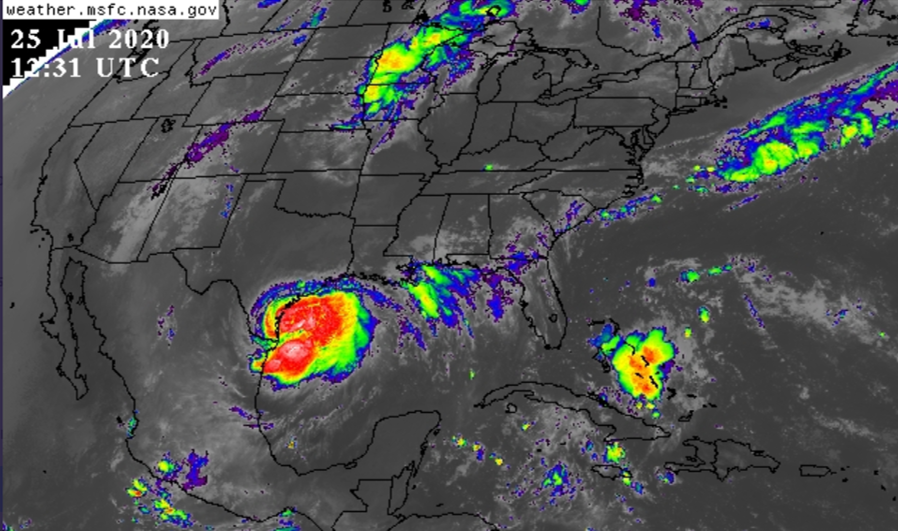 Risk in Mexico
Because of the hurricane’s path and its proximity to Mexico, the risk is for Tamaulipas, Nuevo Leon, and Coahuila, where heavy rains and strong waves are expected, possibly causing flooding.