The donations that the public servants will make of their salaries, as part of the “austerity measures” will be between 25% and 5%, according to the Ministry of Finance.

MEXICO (SHCP) – The government of Andrés Manuel López Obrador has forced its officials to donate part of their salaries. The donations that the public servants will make of their wages, as part of the austerity measures, will be between 25% and 5%, according to the Ministry of Finance and Public Credit (SHCP).

The reference percentages correspond to an estimate of the net monthly wages and salaries received by each federal government employee.

Of the eight levels established, the highest is 25% and corresponds to the contribution to be made by the President, followed by 23% by the Secretaries of State. 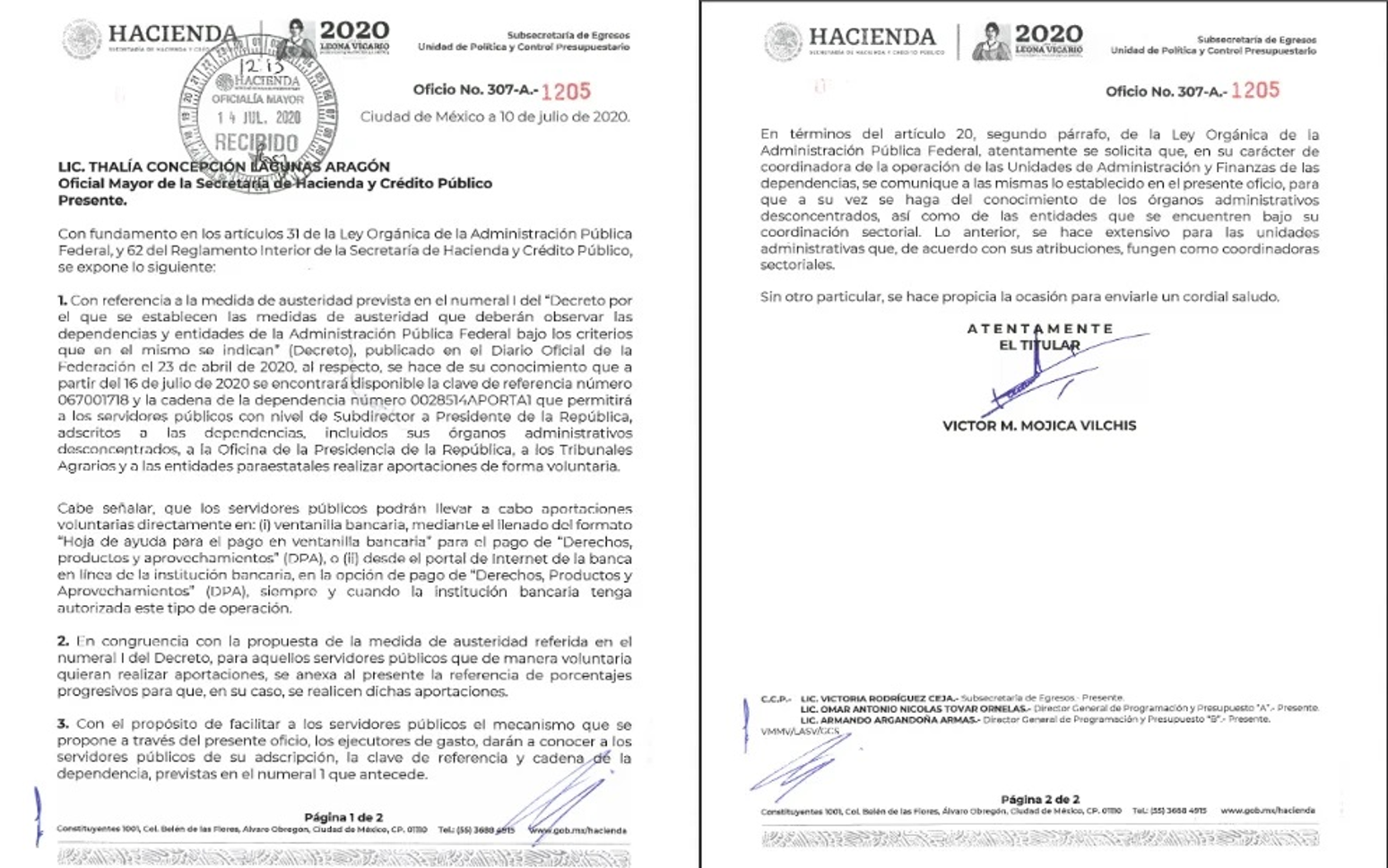 In a document issued by the Budgetary Policy and Control Unit of the Undersecretariat of Expenditure, to comply with the austerity decree, it is indicated that those who wish to make contributions may do so at the bank window under the concept of payment of duties, products, and dues.