MEXICO CITY (El Financiero) – Citizen’s approval of López Obrador recorded 56 percent in June and 42 percent disapproval. This represents a decrease, for the second month in a row, in popular support for the President, 4 points less than in May and 12 points less than in April. This is revealed by the national survey of the newspaper “El Financiero” in June nationwide. 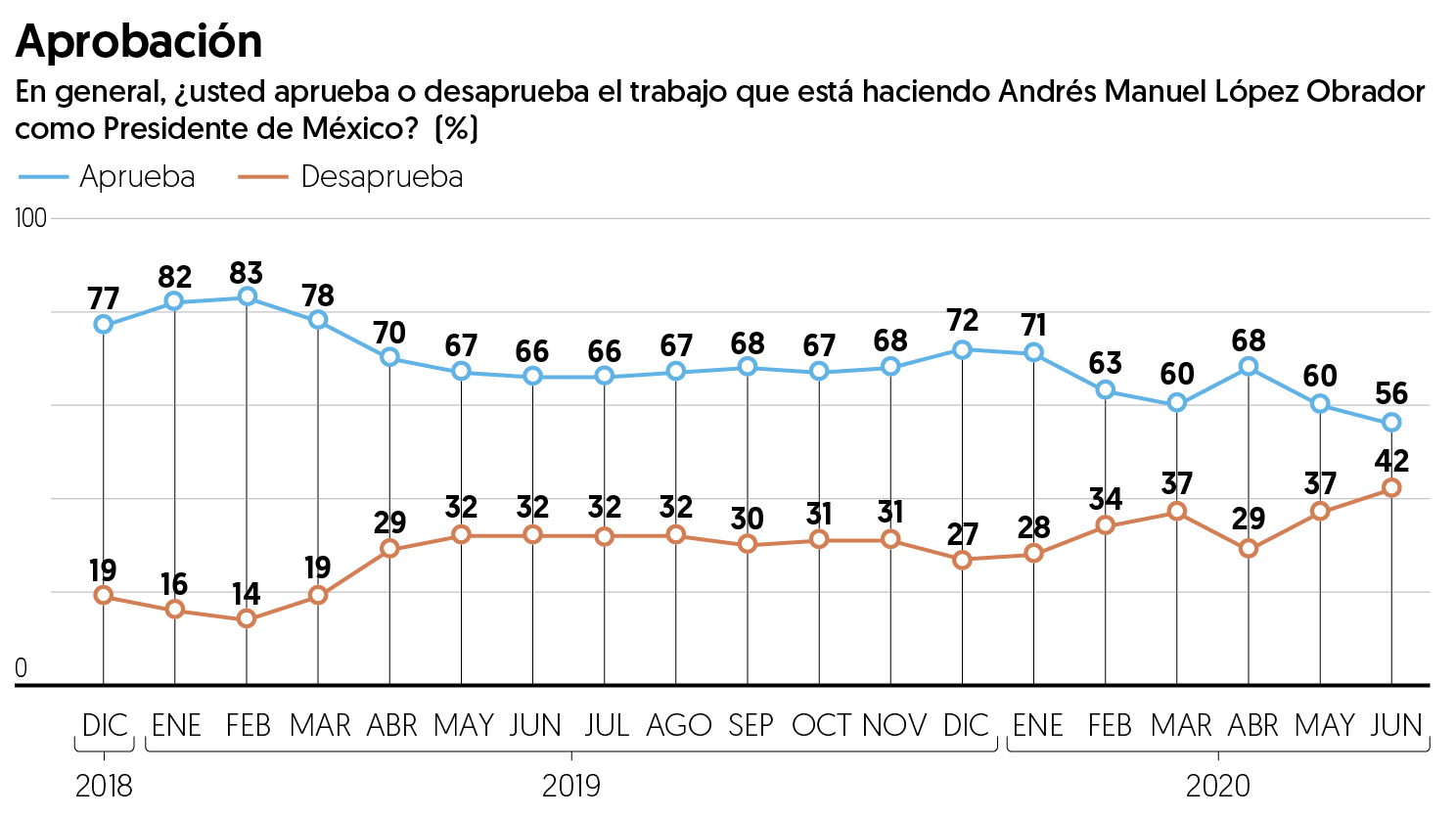 Low approval of López Obrador
Two years after being elected, the study indicates that 51 percent of those interviewed believe that López Obrador is complying with Mexicans, while 44 percent believe that he is failing. When he took office on December 1, 2018, the chief executive said, “I have no right to fail.”According to the survey, opinions are divided, a majority perceive AMLO to be complying but are in decline, after losing 27 constant points. 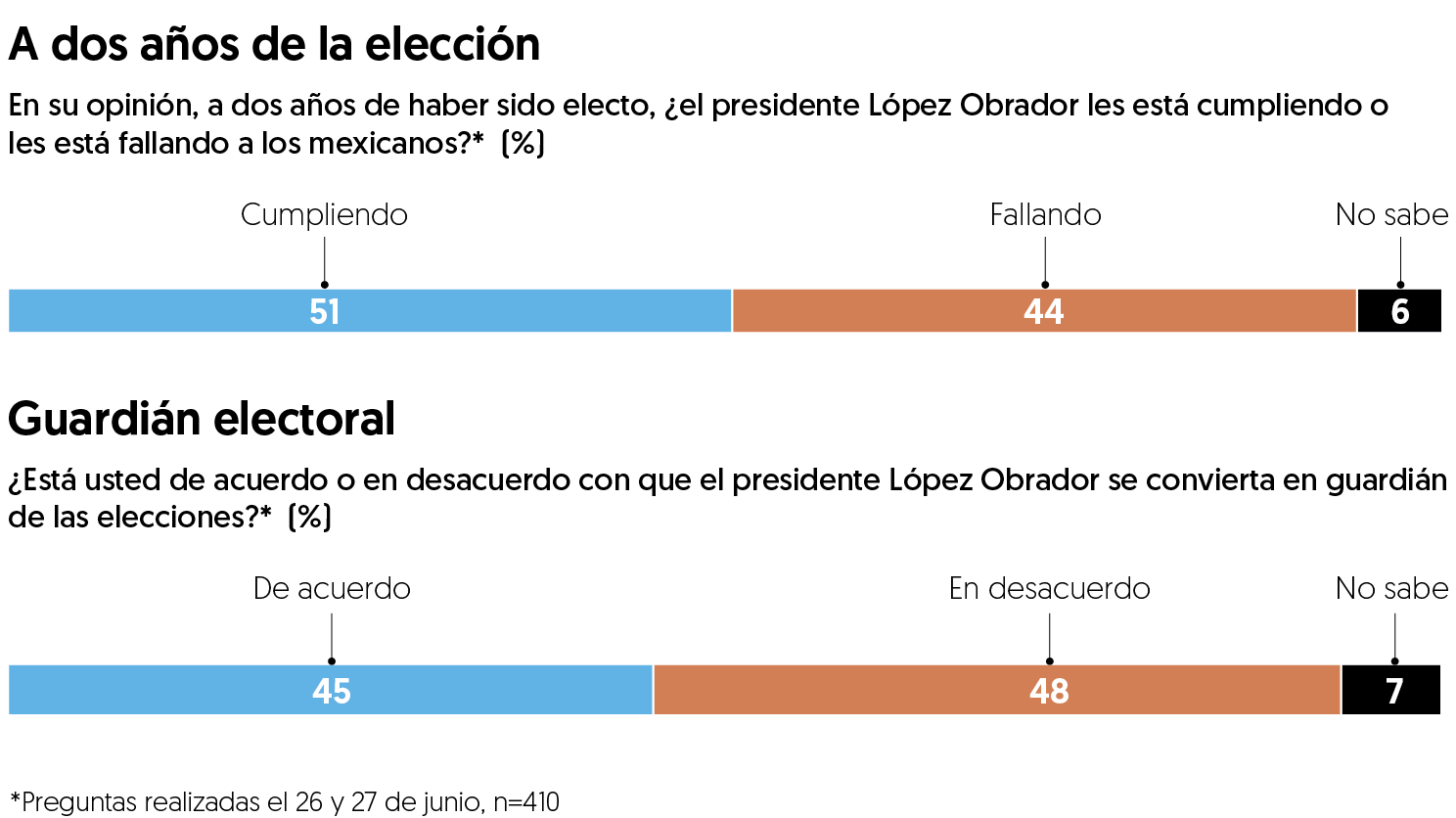 Concerning government performance, the survey reveals that favorable opinions on the management of the economy reached their lowest point in June, at 20 percent, while unfavorable views rose to 65 percent, their highest point, clearly reflecting the deterioration of the national economy during the pandemic. 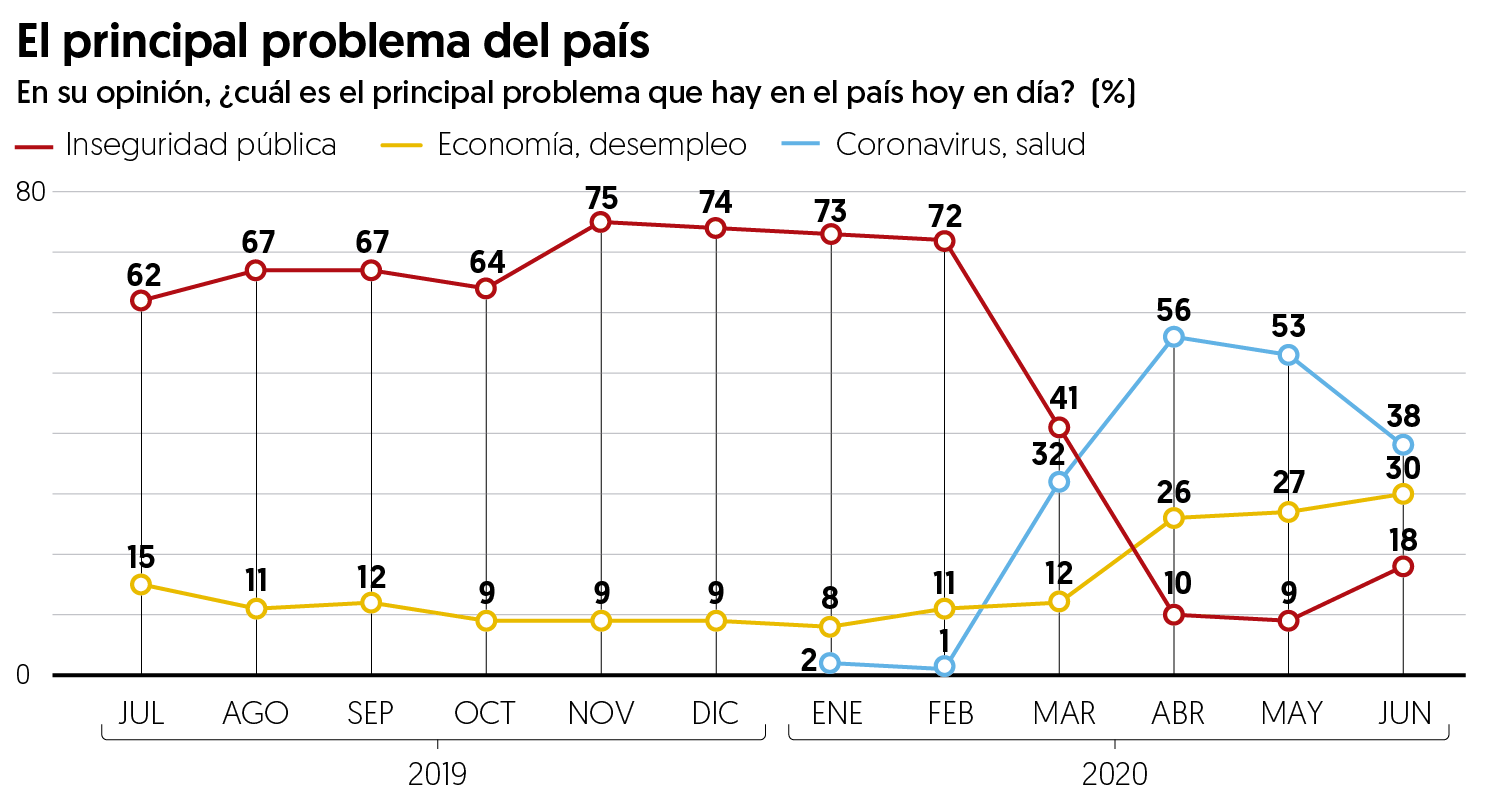 As for public safety, positive opinions fell from 32 to 23 percent in the last month, while negative ones rose from 57 to 63 percent. Similar variations can be seen in corruption and poverty, with a decrease in favorable opinions of between 4 and 9 points, and an increase in unfavorable ones, in the same proportion.

Low approval on economic issues
According to the survey, the President received the lowest ratings for his attributes so far: 54 percent positive opinion on honesty, 47 percent on leadership; and 33 percent on the ability to deliver. In each of the three areas, the lowest point was recorded so far. June has been the worst month for the President in terms of his assessment by the citizens, and the worst month in terms of the evaluation of his work. 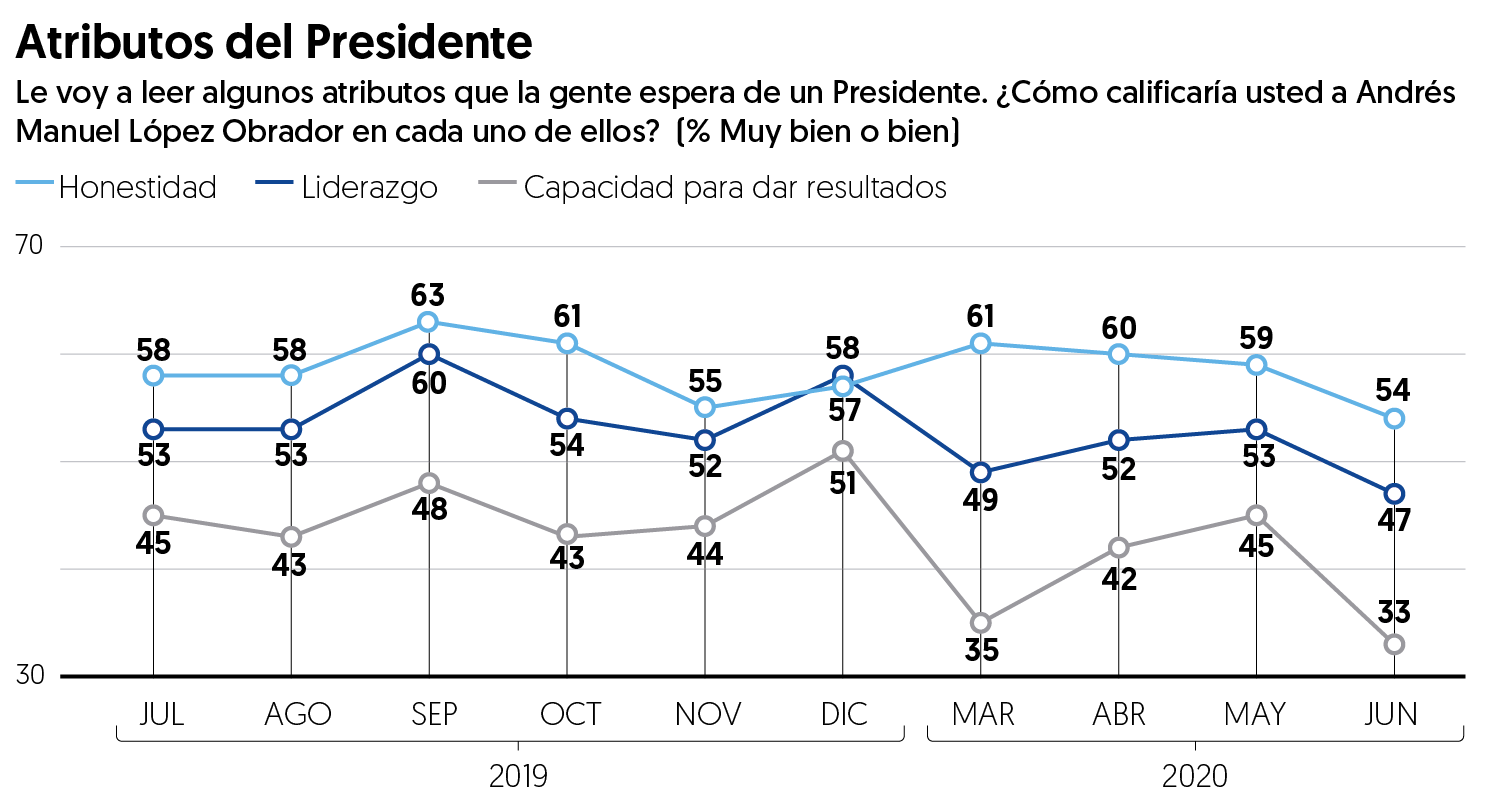 The President’s morning conferences show signs of wear and tear, as favorable opinion also fell to its lowest level, at 43 percent, 6 points lower than last month. The afternoon conferences on the coronavirus dropped 5 points, from 61 to 56 percent, in the same period. 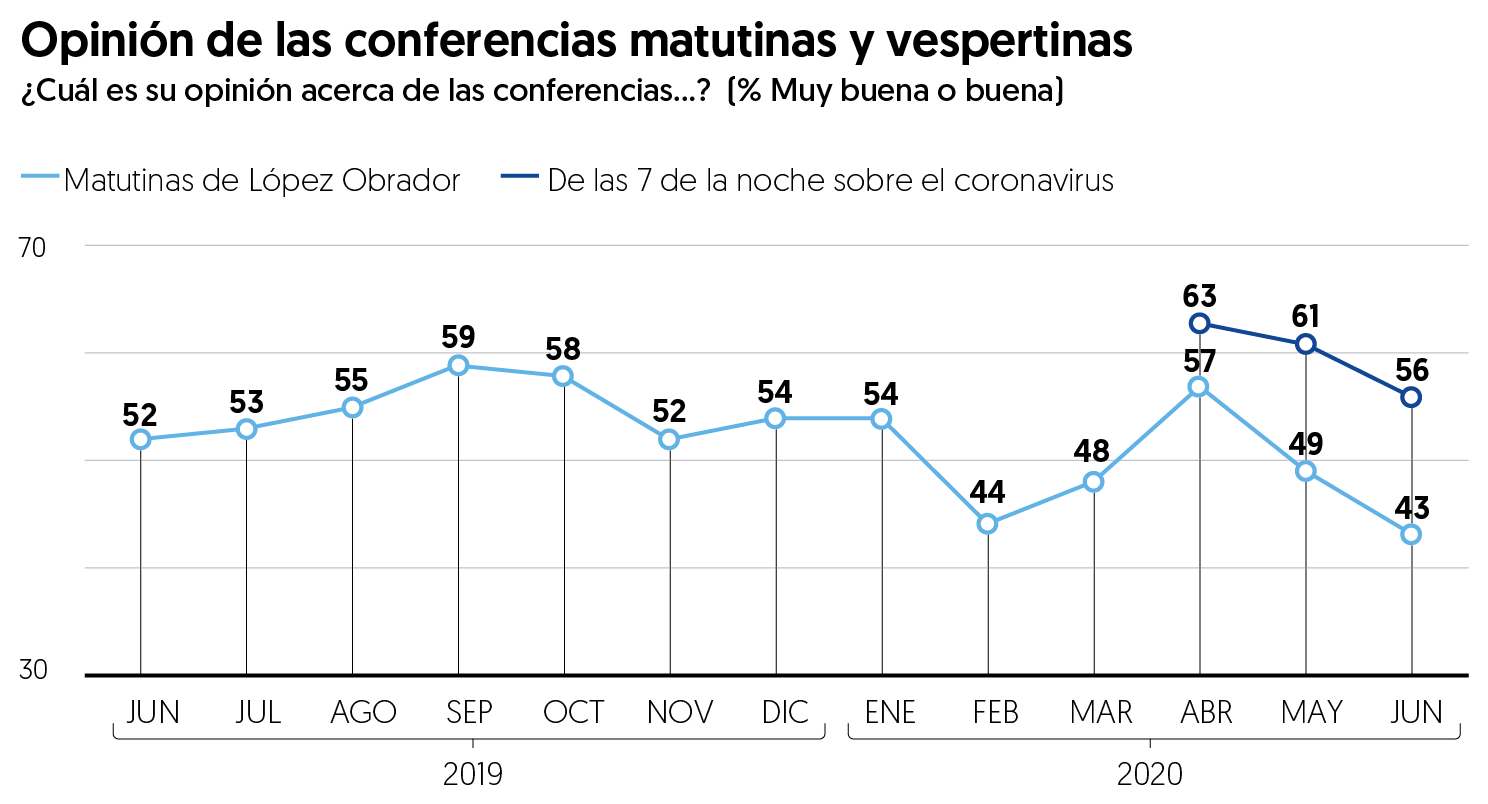 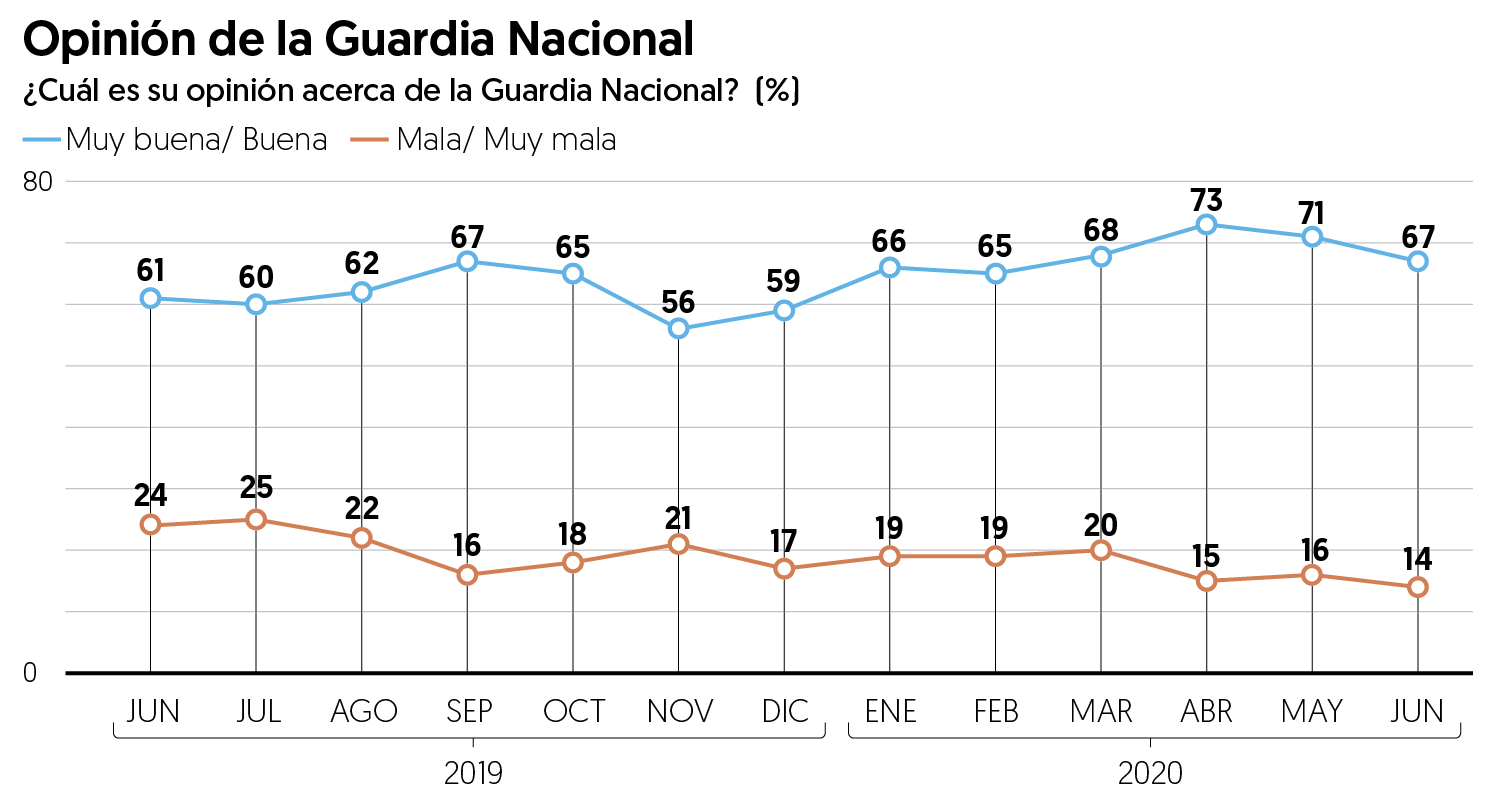 Methodology:
A national survey conducted on June 12-13 and 26-27, 2020. A probability sample of residential telephones and cell phones was made in the 32 states. With a confidence level of 95 percent, the margin of error of the estimates is +/-3.4 percent.