The shoes worn by the president of Mexico have generated controversy since he preaches about “austerity” since he came to power.

MEXICO CITY – Once again, social networks are becoming the means to expose the alleged deception promoted by President Andrés Manuel López Obrador, the maximum austerity in his government.

On the morning of July 24, his image came under fire again after Internet users criticized the shoes worn by the president. 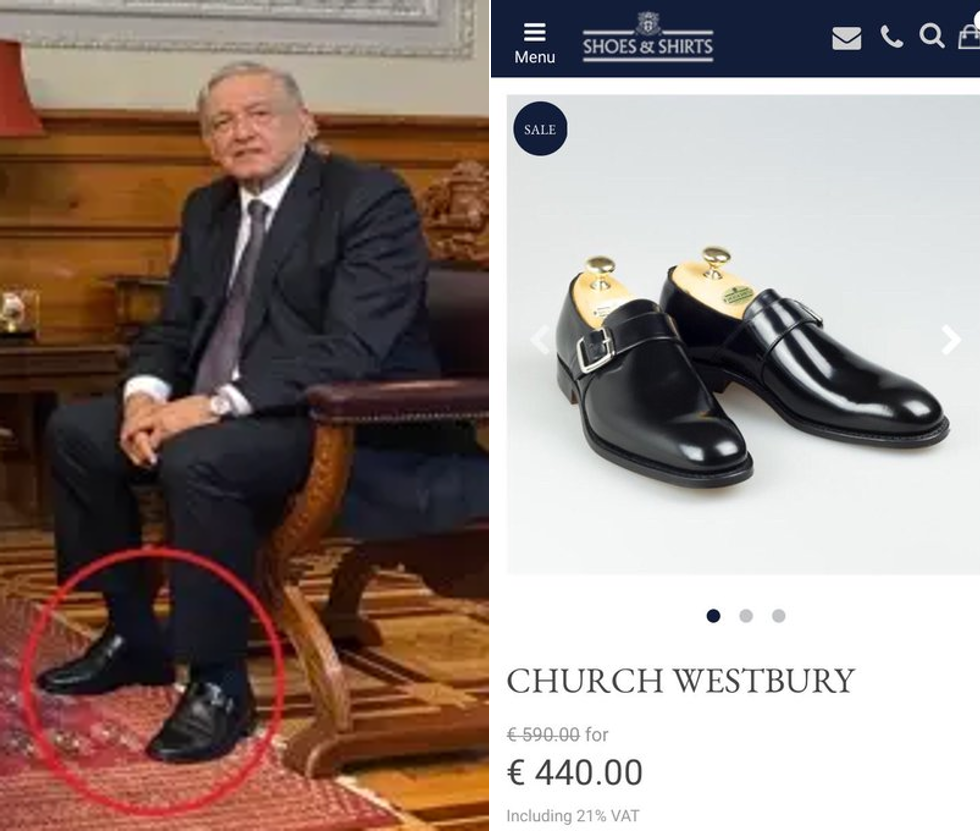 The Flexi shoe brand, in turn, became a trend after thousands of comments from Internet users, who claimed that the president was wearing such a brand.

According to Emilio Gómez Islas, Executive Director of ATV Latino, in a tweet, the shoes worn by AMLO are the “Church Westbury” brand, worth about 440 euros, which would be about $11,400 in Mexican pesos.

This publication was accompanied by a corresponding image in which AMLO at the meeting he held at the National Palace, where he announced changes in the Ministry of Communications and Transport; and details of the shoes in the European brand’s online store.

This message immediately generated controversy and debate. Many users criticized the footwear worn by the president, who preaches since he came to power about “austerity”, only having the essential such as $200 pesos in the wallet or “one pair of shoes”.