Is Donald Trump capable of challenging the U.S. constitutional system by not accepting an electoral defeat? That is the question that Lawrence Douglas, professor of law and social thought at Amherst University, Massachusetts, tries to answer in his book “Will He Go”? Trump and the Impending Electoral Collapse of 2020″.

MASSACHUSETTS United States (Efe) – In his essay, Douglas poses a scenario of constitutional crisis for which the U.S. is not prepared because the laws, he assures in an interview with EFE, “assume” that the leaders will abide by the rules and concede defeat.

In recent weeks, President Donald Trump has intensified his campaign against the postal vote for fear that this option will harm him and insists, without proof, that it could lead to electoral fraud. Already in 2016, in one of the presidential debates against former Democratic candidate Hillary Clinton, Trump did not commit to accepting the result if he lost.

As head of the Oval Office, questions are beginning to be raised about what would happen if Trump does not cooperate in a hypothetical transition of powers. A group of legislators, almost all Democrats but with some Republicans, is also preparing to do so. Their objective is to raise the worst possible situations, fearing that Trump will try to alter the campaign before, during, and after the elections. In an interview with EFE, Professor Lawrence Douglas analyses what the future may hold after the November elections based on his new book. 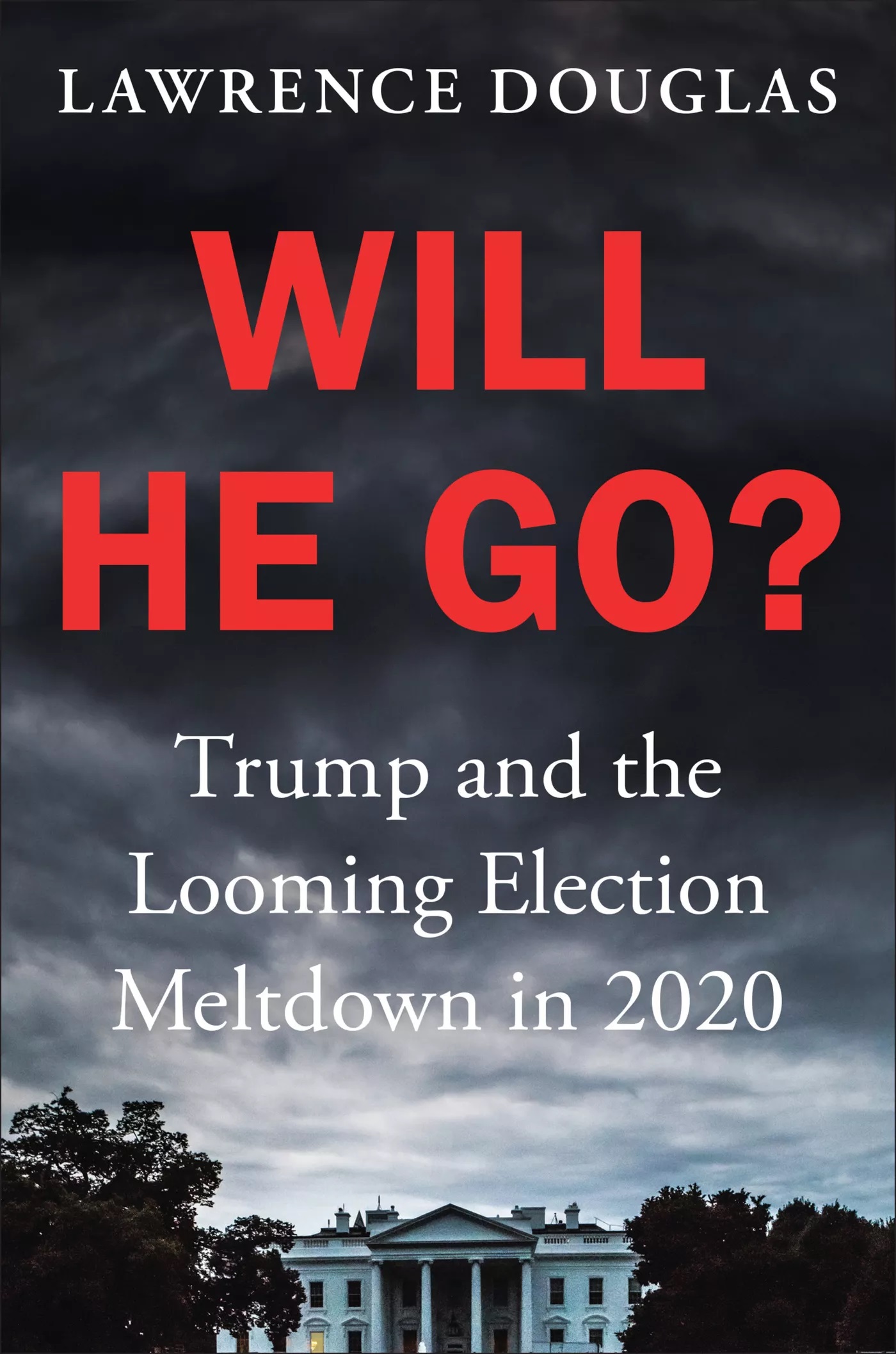 Question: Is a scenario in which Trump does not accept the outcome possible?
Answer: I think it’s authentic. I haven’t written a political thriller. I’m not imagining that Trump is going to barricade himself in the Oval Office with secret service agents. What I’m guessing is how the president might challenge or contest an election defeat in November. And I think the chances of that happening are very high.

Q: Why?
A: In the last few weeks, Trump has been very aggressive in attacking the absentee ballot’s validity. Millions of Americans will use this system in November for fear of the pandemic. Why is he attacking it so aggressively? Because it is often used in overwhelmingly Democratic urban areas. So by planting the seed that these votes may be fraudulent, it establishes a pretext to explain why it has lost the election. And if that happens, we would potentially be in a somewhat volatile situation.

Q: What do you worry about most, that Trump might be able to do it or that the system might not be able to prevent it?
A: In the book, I question what would happen if a president is willing not to concede defeat and defy the Constitution. How well equipped is our system to deal with a crisis of peaceful transitions? And it is truly alarming to discover that the system is not at all well-equipped. We could say that federal law assumes that leaders will abide by the rules and concede defeat. The system is not prepared for that challenge, especially with the current composition of the House of Representatives and Senate, divided into Democratic and Republican control, respectively. This is also true in critical states such as Wisconsin, Pennsylvania, and Michigan – whose legislative chambers must send a document with election results.

Q: Chronologically, what would happen if Trump does not accept defeat in November?
A: You have to understand the complexity of the electoral system. As we saw in 2016, a candidate can be president by losing the popular vote by a substantial margin, as was the case with Clinton, who took about 3 million votes from Trump. It all depends on the number of electoral votes in each state (total: 538 electoral votes spread across 50 states). Whoever gets a state gets all the votes, even if the margin is small. We tend to think that we know who the winner will be at about eleven o’clock at night on election day. But if it’s very tight, especially if there are mail ballots that won’t be counted until weeks later, we may not know who the president is until several weeks later. And if the absentee ballot turns out to be too close and gives Joe Biden the victory by a narrow margin, I think Trump will challenge the validity of the result.

Q: And then?
A: We’d be talking about weeks of recounts, litigation, comings, and goings to Court, similar to the year 2000, with the election of Vice President Al Gore against Republican George W. Bush. Then the Supreme Court, in a very partisan decision, stopped the recount amidst doubts about whether it could be ordered. In any case, I think it was not the Court that solved that, but Gore, who agreed to stop the recount and concede defeat. I find it impossible for Trump to make such a gracious and statesmanlike concession as that. He’ll put his interests ahead of the nations.

Q: What if there is no president-elect on January 20 for the inauguration?
A: Before January 20, Congress and the Senate meet on the 6th in a rather ceremonial act of about 20 minutes to certify the electoral votes and the result. But if it’s a contested election, there can be profound controversies that could only be resolved in two weeks, because the ConstitutionConstitution sets January 20 as the day when there must be a new president in office. What happens if Congress has not resolved it by then? Under the Presidential Succession Act of 1947, House Speaker Nancy Pelosi, in this case, would be designated as acting president. Does that mean there will be no president-elect? Again, it’s a very explosive situation in which we have a sitting president, Trump, declaring his victory and insisting on fraud. And we could also have Biden saying he’s the legitimate president. All while Pelosi acts as interim president. Who’s the military following? Who’s the commander in chief? Hopefully, the military follows the presidential succession law and recognizes Pelosi until the election crisis is resolved.

Q: If Trump refuses to concede defeat… Would you call it a coup?
A: My fear is not that Trump will succeed in a coup or that he will remain in office after losing. I fear that there will be so much chaos that it will increase national unrest. This past week we saw Trump’s willingness to deploy the military to respond to civilian demonstrations. The concern I have is his ability to create a completely chaotic situation by not acknowledging defeat. This could lead to troops on the streets, which I don’t think anyone wants to imagine happening in the United States.

Q: What do you expect from Republican legislators?
A: During the “impeachment” process, they sided with the president regardless of the abuses of power he committed. Only Mitt Romney opposed it, someone, who eight years ago, was the Republican presidential candidate and is now isolated. I don’t have much confidence that they will contain Trump. It will happen as it has, and they will tolerate all kinds of abuses of power on their part.

Q: What about the Supreme Court?
A: If it intervenes, I’m not pessimistic. I think Justice Roberts, the president, is a real institutionalist who will protect the prestige of the Court. I can easily imagine him positioning himself with the progressive members to defend what would be an attack on the Constitution.