Torrential rain for the Yucatan Peninsula

According to the bulletin, the conditions will be generated by the wide circulation of the storm that developed in the early morning from tropical depression Two-a, 07:00 hours, central Mexico time.

The storm made landfall 50 kilometers (km) south-southeast of Guatemala and 200 km east of the mouth of the Suchiate River, Mexico’s border with that country. 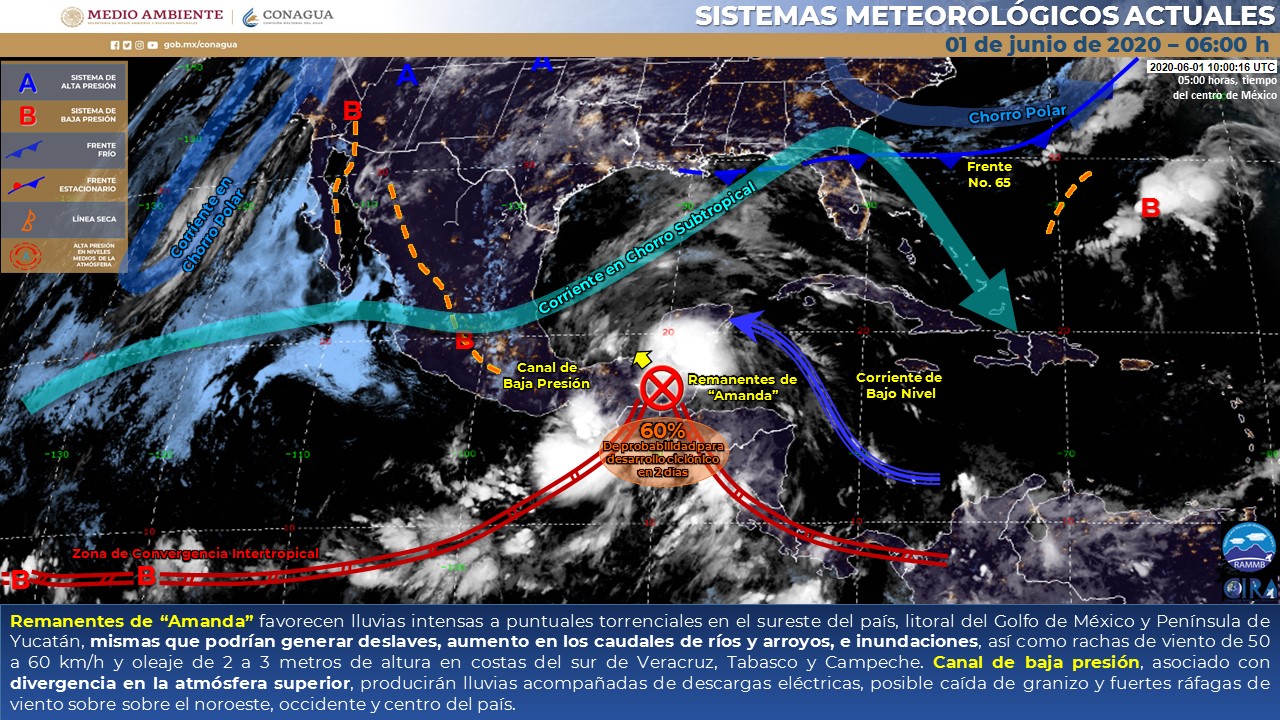 In another bulletin, Conagua noted that a low-pressure channel extending over the peninsula, coupled with the entry of moisture from the storm, “Amanda.” It will favor extreme to intense storms in the central, southern, and northwestern Yucatan. Also in the south and center of Quintana Roo and the center and south of Campeche with 2 to 3 meter waves off its coast.

Temperatures will be cool during the day and night, with dominant east-southeast winds shifting to the north-northwest from 15 to 25 km / h and gusts of 50 km / h on the coasts of Yucatan and Campeche.

In storm areas, electrical discharges, gusts of strong wind and thunderstorms can occur. The temperature forecast for Merida is 31 degrees Celsius maximum and 20 degrees minimum.