Second Protest against AMLO in 115 cities

The mobilization with thousands of people, was again carried out in vehicles, like the one registered last May 30, and in cities throughout Mexico .

MEXICO (Times Media Mexico) – The National Anti-Amlo Front (FRENA) called for protests in at least 115 cities this Saturday and Sunday to demonstrate against the policies implemented by Andrés Manuel López Obrador.

The civil organization FRENAAA is the same who sent President Trump, Mike Pompeo, and the United States Congress a letter against AMLO.

The mobilization carried out in vehicles, like the one registered last May 30, and in each city, took place at different times. Protests happened in Guerrero, Aguascalientes, Jalisco, Chihuahua, Quintana Roo, Sonora, Colima, Veracruz, State of Mexico, Morelos, Hidalgo, Durango, Baja California Sur, Sinaloa, among others.

FRENAAA shared on its social networks its mobilizations. The protest in Mexico City is planned for today, Sunday at 10:30 am, and the objective will be to take the entire avenue Paseo de la Reforma.

The protestors demand the resignation of President López Obrador because of the policies he has implemented in his government.

The marches in Mexico were replicated in cities in the United States, such as Houston, Dallas, and Los Angeles and in Canada as well.

Tabasco
For the first time in Tabasco, a group of citizens demonstrated against the President of the Republic, Andrés Manuel López Obrador, who in a caravan of cars and some on foot demanded his resignation because they believe his actions are affecting the country.

The mobilization began in the esplanade of the Villahermosa Sports City. Cars and people on foot took part, carrying some blankets or cards with the words “AMLO in Tabasco we don’t want you” and “Fuera AMLO” (Out with AMLO). They drove through several streets of the capital, in some cases receiving whistles from the motorists who showed their anger.

Merida
In Merida, more than a thousand motorists, accompanied by cyclists and motorcyclists, joined the caravan in protest against the measures being taken by the President of the Republic.

The demonstrators traveled along part of Merida’s ring road to the Paseo de Montejo and around the Monumento a la Patria, as they did three weeks ago in protest against the current government.

Baja California Sur
In La Paz and Los Cabos, hundreds of vehicles left in conjunction with the protest against the Presidency.

In the capital, the vehicles began to gather before noon on Daniel Roldán y Constituyentes Boulevard to advance through the main streets. In San José del Cabo, municipality of Los Cabos, hundreds of vehicles gathered in a market square and advanced through the streets of the town.

Monterrey, Nuevo Leon.
A caravan with hundreds of vehicles moved along the avenues of San Pedro, Monterrey, and Guadalupe, citizens of Nuevo Leon, demanded the resignation of the President, Andres Manuel Lopez Obrador.

This is the second caravan organized by the National Anti-AMLO Front (FRENA), which in the case of the state of Nuevo Leon, is represented by Gilberto Lozano of the National Citizens’ Congress.

The participants in the national mobilization carried Mexican flags, sang the National Anthem, and also launched slogans against the administration of President López Obrador.

On the posters they carried were phrases such as “AMLO, Go Now”, “AMLO inept”, “No to socialism”, “No to the 4T, no to Chavismo in Mexico”, “Corrupt, inept, go now”, “Morena Get out”, “Apologize and go”, “Get out, AMLO, before you steal our Afores” and “It’s not hatred for AMLO, it’s love for Mexico”. 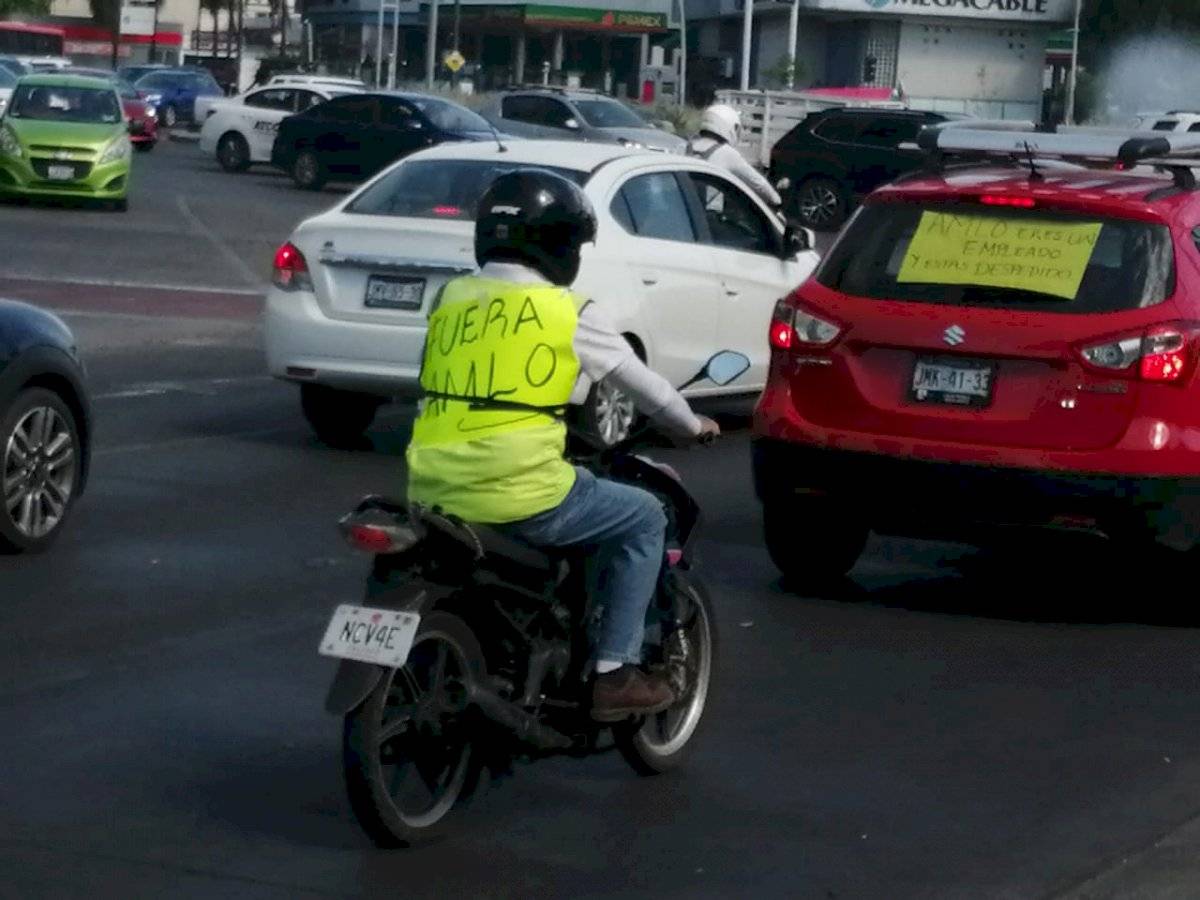 Tens of thousands of vehicles participated in the mobilization nation-wide, which is the second organized by FRENA to ask for the resignation of the federal executive chief because of what they consider to be the poor results of AMLO’s administration.

The rejection of millions of Mexicans against the current government every day becomes more evident.