“We are fed up with you… fuck you! Drop your act, or in 48 hours, we will kill you, your woman, and your pig children” (SIC) reads the message sent by WhatsApp to activist Pedro Uc.

YUCATAN México (Aristegui Noticias) – Through messages via WhatsApp, the Mayan poet, and activist Pedro Uc received death threats for his fight against the mega-project in the indigenous areas of the Yucatan Peninsula, the Mayan Train. 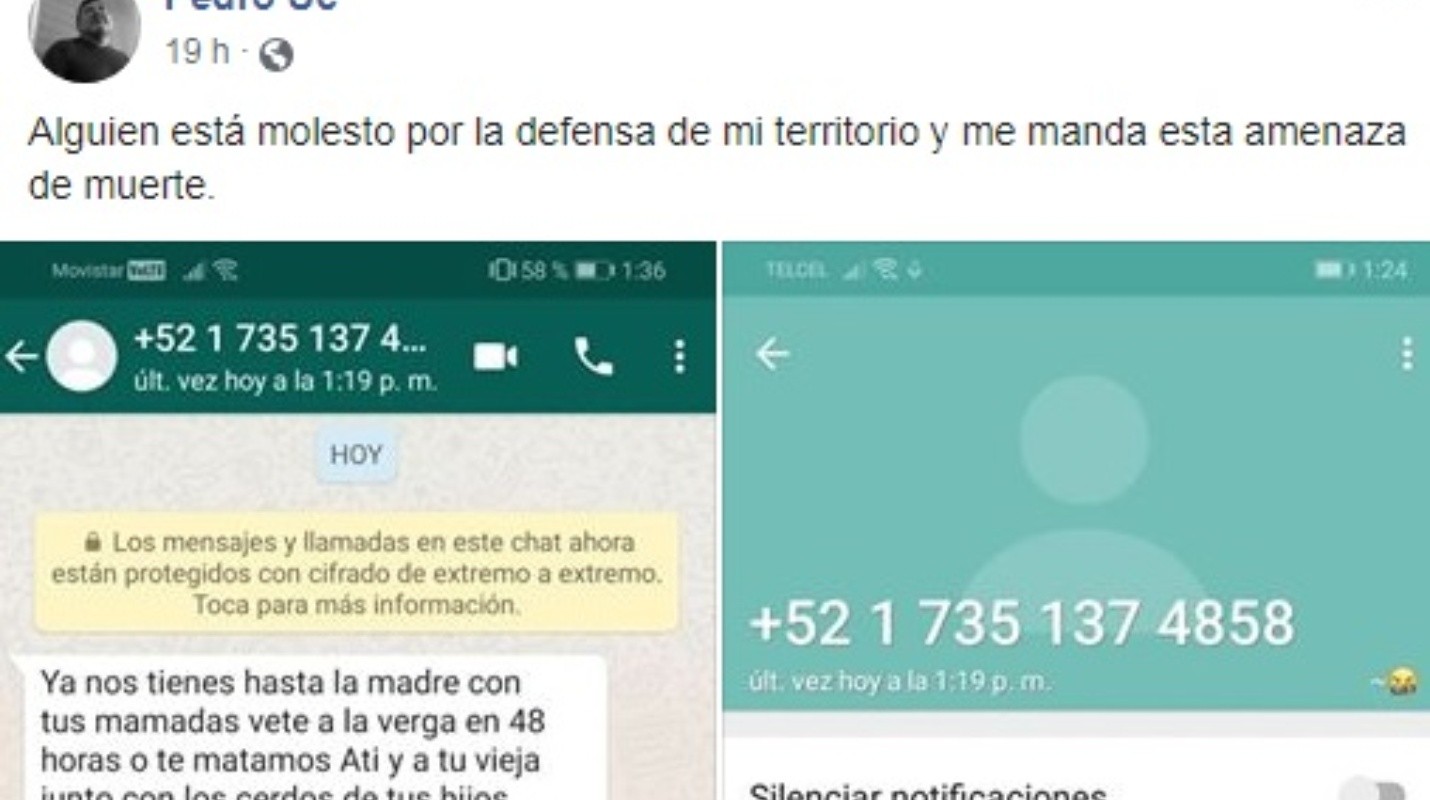 In an interview, the National Indigenous Council (CNI) member explained that he received the message shortly after 1 pm, indicating that he has 48 hours to withdraw or he will be killed along with his family.
In the message, he was also given his wife’s details and the names of his children. “You will stop fucking with this, or your people will die, you are affecting many local people with your defense of the territory,” the threat concludes.

The activist Pedro Uc Be said that in the Assembly for the Defense of the Mayan Territory, several mega-projects have been fought, so it is not the first time he is threatened.

He explained that four months ago, after an injunction against a mega solar park being built in Valladolid, Yucatan, another member, Gregorio Hau, was threatened by someone who allegedly was a commander of the Gulf Cartel.
“On that occasion, they made threats to other comrades and me”. He said.

Among the projects, they oppose the GM soy plantations, whose fumigations are killing the bees in the region; the wind and solar parks, the mega-pig farms, and the Mayan Train, whose indigenous consultation took place on December 14 and 15.

The threat came from a phone number with a side of the state of Morelos. The same message was also sent to Pedro Uc’s son.