How Coronavirus Is Transmitted

There is a growing consensus among experts. The scientific community is now more precise about how the virus can be dealt with and what steps can be taken to try to return to normality.

UNITED STATES (WSJ) – The average number of new cases per day in the U.S. was 31,000 on Wednesday, due primarily to the upsurge in California, Florida, Texas, and Arizona, which together account for nearly half of all infections nationwide.

Six months after the coronavirus’s first case was known in China, science is beginning to form a consensus on how people get infected. Contrary to what was initially believed, many researchers say it’s rare to get infected by coming into contact with a contaminated surface and during a fleeting, outdoor encounter with people infected. Instead, one of the most common circumstances for contagion would be face-to-face encounters and interactions between people over long periods.

Scenarios, where the risk of contagion is high, are mass events, poorly ventilated spaces, and places where people talk loudly or sing, as determined by a group of experts cited by an article in The Wall Street Journal.

These recent findings and agreements among the scientific community help businesses and governments devise reopening strategies that do not put public health at risk, while economies get back on track.
Strategies include installing Plexiglas or polymethylmethacrylate barriers, requiring and extending the use of face masks in stores and other transit spaces, implementing sound ventilation systems, and keeping windows open.

The latest research results, looking at the measures taken in different cities, showed that quarantines (which include orders to stay home, bans on large meetings, and closures of businesses) prevented millions of infections and deaths worldwide.

Now that more is known about the coronavirus, cities can implement different mechanisms to prevent mass infections in the population. This means improving protection in nursing homes and in homes where people live in overcrowded conditions, reinforcing the call for maintaining physical distance and wearing face masks and reducing indoor gatherings.
“We shouldn’t be thinking about the closure, but about ways to maintain physical distance,” Tom Frieden, executive director of Resolve to Save Lives, a nonprofit public health organization, told The Wall Street Journal. “This can include outdoor activities, walking or biking, sidewalk shopping, and other innovative methods that facilitate the resumption of economic activity without rekindling the outbreak.”

In all cases, reopening recommendations include mass testing, contact tracing, and isolation of people infected or potentially exposed to the virus.
So far, health officials have identified contact of people with respiratory droplets as the primary mode of transmission of COVID-19. These can be passed from one person to another if they fall into the eyes, nose, or mouth. But they generally tend to fall to the ground or other surfaces reasonably quickly.

Some experts say the coronavirus can also be transmitted through even smaller droplets that float in the air longer than large ones and can be inhaled directly. 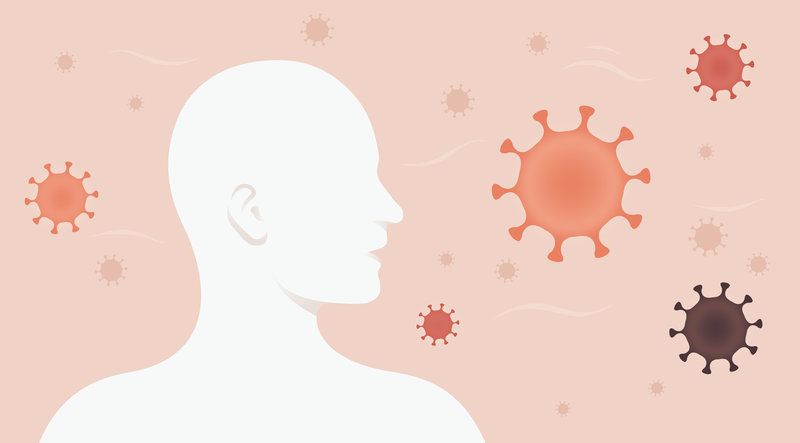 Those tiny droplets can accumulate in the air, and the strong airflow from an air conditioning unit can help recirculate the particles, according to the study authors.

Sufficient ventilation in places where people work or stay for long periods is critical, said Yuguo Li, one of the study’s authors and a professor of engineering at the University of Hong Kong. Proper ventilation, in which air is forced up to the ceiling and pumped out, or which involves bringing fresh air into a room, dilutes the amount of virus in space, reducing the risk of infection.

Another factor in the spread of coronavirus is prolonged exposure. It usually involves periods of more than 15 minutes of unprotected contact with someone less than 2 meters away, said John Brooks, medical director of the U.S. Centers for Disease Control and Prevention, in charge of the coronavirus response.

However, he warned that this is only a general rule. It could take much less time with a sneeze on the face or other intimate contact where many respiratory droplets are emitted.

The superspreaders
Lea Hamner is an American epidemiologist and author of a study that warned about the super-contagion potential at events. She described how, at a Washington state church choir practice, 87% of the attendees became infected. 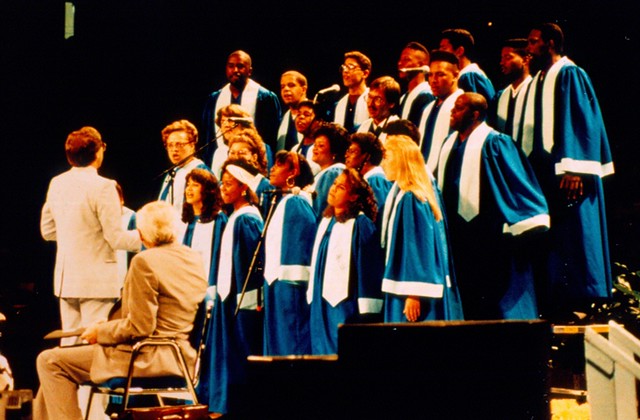 The choir members changed places four times during the two-and-a-half-hour practice, were crowded into an enclosed space, and were mostly older and, therefore, more vulnerable to illness. In total, 53 of the 61 practice attendees became infected, including at least one person with symptoms. Two of them died.

According to Hammer, several factors were mixed in that super-contagious episode. For one thing, when people sing, they generate many large and small respiratory particles. Besides, singers also breathe deeply, which increases the chance of inhaling infectious particles.

Similar transmission dynamics could occur in other environments where breathing is agitated, and speech is spoken aloud for prolonged periods, such as gyms, musical or theatrical performances, conferences, weddings, and birthday parties.

Of 61 cases of group contagion in Japan detected between January 15 and April 4, much involved heavy breathing nearby, such as karaoke parties, club and bar entertainment, and gymnasium exercise, according to a recent study in the journal Emerging Infectious Diseases.

The so-called attack rate — that is, the percentage of people infected at a specific place and time — can be very high at busy events, homes, and other spaces where many people are in close and prolonged contact.
It is estimated that 10% of people with VIDOC-19 are responsible for approximately 80% of transmissions, according to a study recently published in Wellcome Open Research.

Some people with the virus may have a higher viral load, or produce more droplets when they breathe or speak, or may have been in a crowded and poorly ventilated space when they were at the height of their infectious disease, said Jamie Lloyd-Smith, a University of California, Los Angeles professor who studies the ecology of infectious diseases.

According to several studies, the rate of COVID-19 infection in homes ranges from 4.6% to 19.3%. According to a study conducted in China, it was higher for spouses, with 27.8% than for other household members, with 17.3%.
Being outdoors is generally safer, experts say, because viral particles are diluted more quickly. But small and large droplets pose a risk even outdoors when people are in close and prolonged contact, said Linsey Marr, an environmental engineering professor at Virginia Tech, who studies airborne virus transmission.

No one knows how much virus it takes for someone to become infected, but recent studies offer some clues. In research with recently published results in the journal “Nature,” scientists say they couldn’t grow the live coronavirus if a patient’s sputum swab or milliliter contained less than a million copies of viral RNA. “Based on our experiment, I would assume that something above that number would be required for infectivity,” said Clemens Wendtner, one of the study’s lead authors and head of the department of infectious diseases and tropical medicine at Munich Klinik Schwabing, a university hospital in Munich.

Clemens Wendtner and his colleagues found samples from contagious patients with virus levels up to 1,000 times higher, which may explain why the virus is so infectious under the right conditions: It can take much lower levels of the virus than those found in a sick patient to infect someone else.
Based on what is now known about the virus and its spread, some health policies are changing. The standard protocol when someone tests positive is to quarantine them at home. Some cities offer free temporary housing where infected people can stay voluntarily to avoid spreading the virus to family members.

The U.S. Centers for Disease Control and Prevention recently urged Americans to continue to wear masks and maintain social distance while states reopen their economies. “The more you interact with others, the longer the interaction lasts, and the more people are involved in the interaction, the greater the risk for the spread of COVID-19,” said Jay Butler, an official at the CDC.

If the number of cases of COVID-19 begins to increase dramatically as states reopen, “more extensive mitigation efforts, such as those implemented in March, maybe needed again,” he added.

CDC guidelines for employers whose workers are returning to work include masks, limitations on the use of public transportation and elevators to reduce exposure, and a ban on hugs, handshakes, and fist bumps. The agency also suggested building plastic partitions between desks less than 1.8 meters apart.