On the cover of the French publication, George Floyd has been replaced by the President of the United States under the headline “We want legality.”

PARIS France (Times Media Mexico) – Donald Trump’s reactions to the protests generated by George Floyd’s death have not been well received either in the United States or abroad. The President, who even told the governors that they were a “laughing stock” because of how the demonstrations were handled, today crosses the pond to star on the cover of Charlie Hebdo. 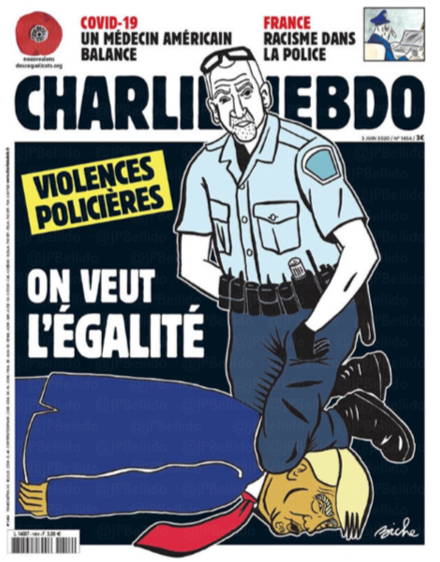 The French publication has drawn the image that most of the world has in mind in the last few days. George Floyd lying on the ground while a policeman (Derek Chauvin) sticks his knee into his neck, preventing him from breathing. However, they have traded Floyd for Trump, in an attempt to combat racism by some cops without the President acting.