Another protest against AMLO’s government throughout Mexico

In Guanajuato, Chiapas, Yucatan and Tamaulipas, among other states, people protested against the president with slogans like “Fuera AMLO” (AMLO get out)

MEXICO (Agencies) – In Guanajuato, Chiapas, Yucatan and Tamaulipas, among other states, people protested against the president with slogans like “Fuera AMLO” (AMLO get out)

“Out with AMLO” was one of the demonstrators’ main slogans, who were honking their cars’ horns. The motorists recriminated that the government is sunk as never before “in unemployment, hunger, and violence”.

More than a thousand vehicles made up an Anti-Amlo caravan in Merida Yucatan, protesting the current government’s measures. 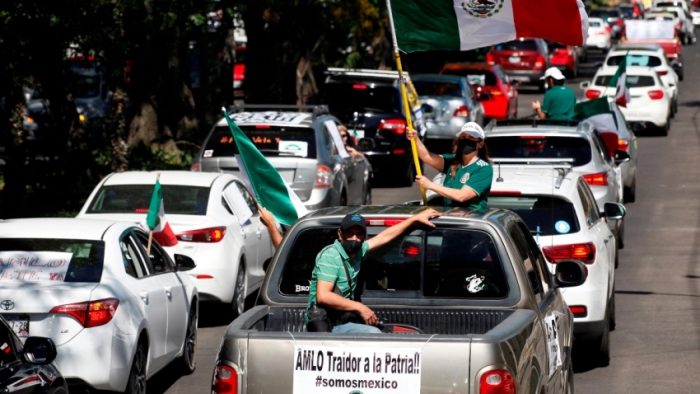 The protesters, many of them members of the National Anti-AMLO Front (FRENAAA), met in the outskirts of Merida and circulated with protest signs to the Monument to the Fatherland, in Paseo de Montejo. This was the third caravan in Yucatan. According to comments from those in the demonstration, they will continue with that movement.

Chiapas
Chiapanecos unhappy with the government of President Andres Manuel Lopez Obrador joined the third vehicle caravan on Saturday, which concentrated more than 100 vehicles deployed from west to center and ended at the Monument to Diana Cazadora, in the eastern sector of the capital of Chiapas.

The protesters honked their vehicles’ horns and placed anti-government signs. 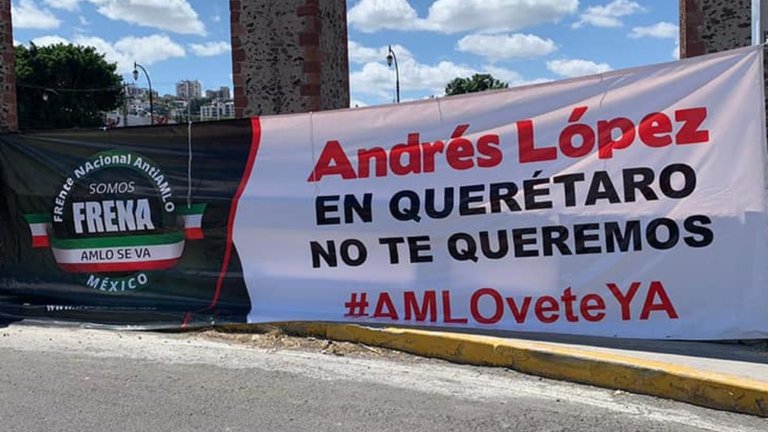 Tamaulipas
With a caravan of more than 150 vehicles, citizens of Ciudad Victoria participated in the third protest against President Andrés Manuel López Obrador.

The protesters gathered in the parking lot of a shopping center and began their journey at 6:00 p.m., at Zero and Berriozabal streets.

“AMLO Vete Ya,” “Fuera AMLO,” and “Fuera López Obrador” were the phrases that were repeated the most on the cards that the motorists placed in their vehicles.

FRENAAA
The Frente Nacional Anti AMLO or FRENAAA describes itself as a peaceful citizen’s movement that seeks, through legal tools, social pressure and media, to remove López Obrador from the presidency before November 30, 2020. 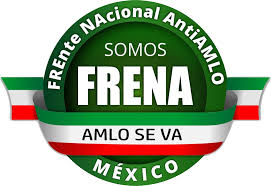 There are at least 67 people behind the movement on its so-called “governing council” who enjoy massive recognition in Mexico and who have gradually become active members through the official pages of FRENAAA.

Among its best-known members are Gilberto Lozano, who was part of FEMSA’s Board of Directors, journalists Pedro Ferriz de Con, his son Pedro Ferriz Hijar, and Rafael Loret de Mola and businessman Juan Bosco Abascal.

This movement has spread very strongly throughout the country in the form of peaceful demonstrations circulating with messages and slogans. Their latest appearances have been in the Military Zones of states such as Michoacán or Morelos, where the president comes to spend the night before a working tour or press conference.

The movement now has millions of supporters in at least 193 cities around the country and ten cities abroad, in the United States and Canada.