4T Defense Committees… The “snitches” of Mexico are here.

Activists from the federal government and his party have reportedly already been instructed to speed up the creation of the so-called “4T Defense Committees”.

MEXICO (Times Media Mexico) – On May 27, 2020, in The Yucatan Times, we wrote about the “Committees in Defense of the Revolution” and the creation of these in Mexico, under the supervision of Cubans and Venezuelans, advisors to López Obrador.

Once social polarization and eventual confrontation were defined as the ideal way, from the perspective of the most radical supporters of AMLO, to face the challenge of the 2021 elections, activists from the federal government and its party, Morena, would have already received precise instructions to accelerate the creation of the so-called 4T Defense Committees. This radical organization could assume control of the electoral process.

These groups in Mexico were formed by elements of the various currents of the old left, in the image and likeness of the Committees for the Defense of the Revolution encouraged by the dictator Fidel Castro in Cuba in the 1960s.

Among its objectives of this leftist group is the organization and regrouping of those in favor of socialism. It includes artists, writers, journalists, anthropologists, etc., and of course, politicians. Among these are former members of the Mexican Communist Party, the founding organizations of the PRD, members of the PT (Workers’ Party), and MORENA.

So far, 300 committees have been created but, before the election, could be 3,000, ten per district. That would be able to “serve the cause” of promoting the vote in favor of officialism, “guarding” ballot-boxes, polling stations, or “defending” victories. 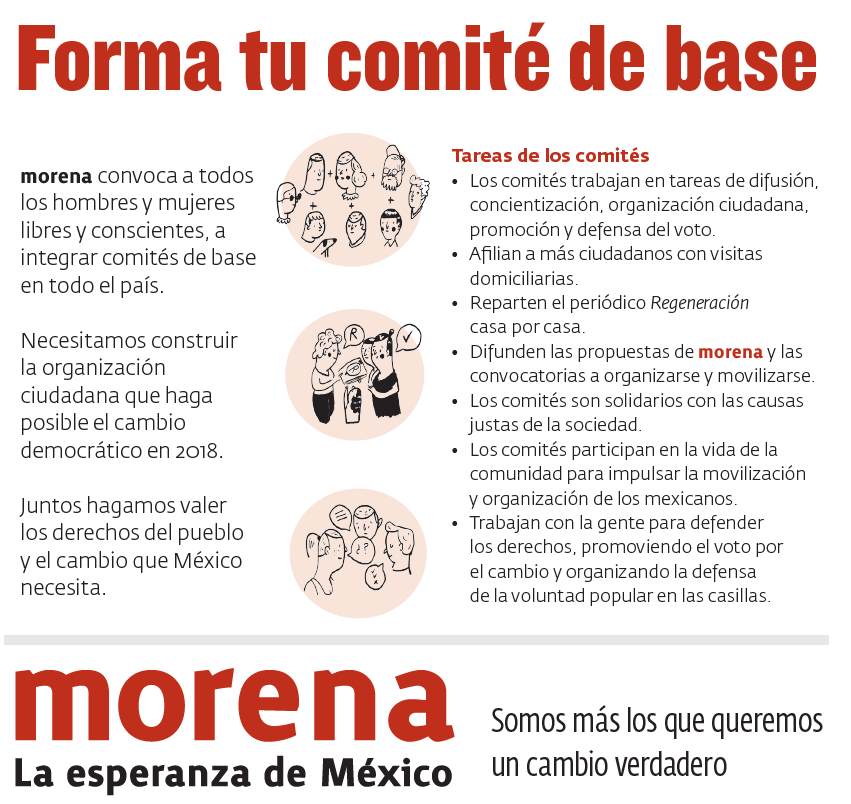 Formerly the “CD-4T” had the support of Gabriel García, who mobilized the so-called “super-delegates” in Mexican states as well as the “Servants of the Nation.” It was independent of the official party. Today they have advanced towards a direct link and structural subordination with Morena, with its president Alfonso Ramírez Cuéllar in particular. He is well aware of a process that every time is announced to be more competitive.

Such is the existing link now that its national coordinator, José Antonio Rueda Márquez exhibits his participation in the Institute of Formation (Ideological) of Morena. He involves in its events, questionable people such as Héctor Díaz Polanco, Paco Ignacio Taibo II, Gerardo Fernández Noroña and Flavio Sosa, Rafael Barajas and the Spanish pro-ETA Katu Arkonada. Katu, was an advisor to the governments of Daniel Ortega (Nicaragua), Evo Morales (Bolivia) and, of course, the Venezuelan predator Nicolás Maduro. Arkonada landed in the campaign of Andrés Manuel López Obrador, invited by the unforgettable René Bejarano and Dolores Padierna.

The operation to conform the 4T Defense Committees underway and will be taking shape and visibility as the electoral process is formally launched, during which, without further ado, party and government will bet on several committees, especially those created in areas with a dominant presence of the opposition.

They have just begun.