The cumulative confirmed cases already number 180,545 since the beginning of the pandemic. CDMX and Edomex, the states with the most amount of infections.

MEXICO CITY (Times Media Mexico) – This Sunday, the number of deaths from COVID-19 in Mexico increased to 1,044 more deaths. 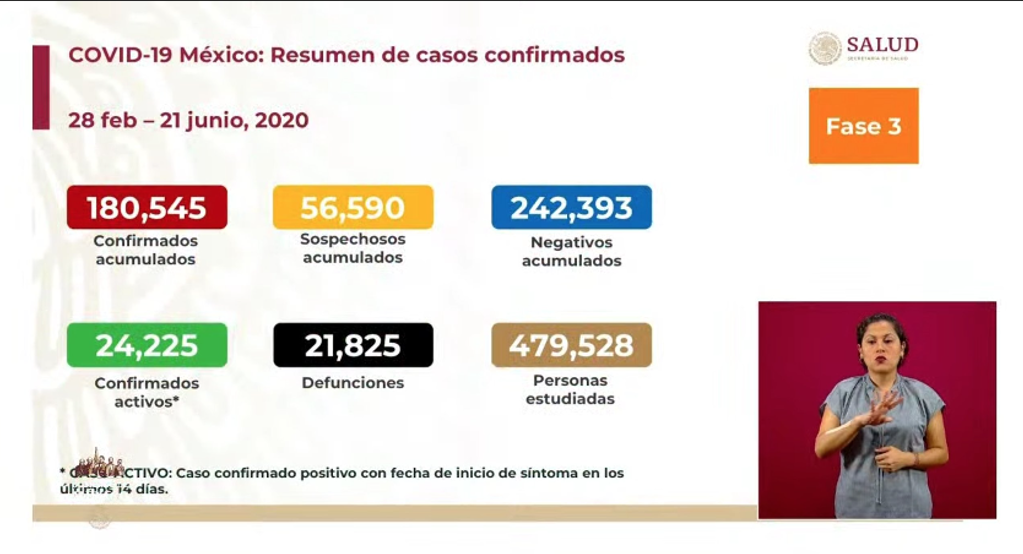 Mexico City and the Valley of Mexico are the entities with the highest number of cases and where the epidemic is most active.

Confirmed cases have accumulated to 180,545 since the beginning of the pandemic.

According to Salud, most of the 1,044 deaths added to the register occurred in May and the first weeks of June, but so far, they are no longer suspected and have been confirmed as being caused by COVID-19.

YUCATAN
The Health Secretariat of the state of Yucatan warns of the possibility of an increase in infections in areas affected by tropical storm Cristobal, due to the extreme mobility that this contingency caused. 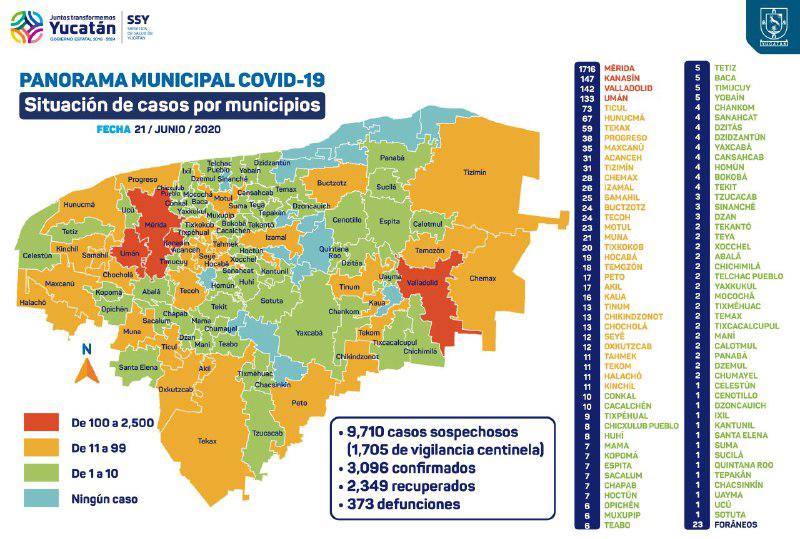 As of Sunday, June 21, 10 deaths are reported and 90 new cases of coronavirus were detected:
52 in Merida,
8 in Ticul,
6 in Valladolid,
3 in Tixkokob,
2 in Akil and Samahil
1 in Cacalchén, Chumayel, Halachó, Hunucmá, Kanasín, Kinchil, Motul, Muxuxip, Oxkutzcab, Peto, Progreso, Seyé, Sotuta, Teabo, Tecoh, Tizimín and Umán