Second wave of coronavirus expected in Mexico in October: López-Gatell

Under Secretary of Health warned that the epidemic could re-emerge by the end of the year; the coronavirus has already infected more than 3 million people around the world.

MEXICO CITY (Reuters) – A second wave of the SARS-CoV2 coronavirus, which caused covid-19, could affect Mexico in October, said Undersecretary of Health Hugo Lopez-Gatell, who said that the country could emerge victorious from the pandemic, despite having done less testing than other nations. In contrast, an estimate by a UNAM expert says Mexico already has more than half a million cases.

The official said that if social distancing measures had not been taken in time, the curve would be steeper, and most of the 126 million Mexicans would be at risk, although the number of infected and dead has been doubling in recent weeks.

“We are winning,” said the doctor, the most visible face of the fight against covid-19 in the country, in an interview with Reuters on Monday night at the National Palace in Mexico City, the seat of the executive branch.

“The numbers are encouraging. We still have a very broad capacity to respond,” he said, assuring that the measures adopted allowed to change the course of the epidemic and have very positive effects that have led to a reduction in the speed of transmission and contagion. But, as some experts have warned, the current one could be just the first wave of contagion of the virus, which has left 3.6 million people infected and more than 251,000 dead around the world, according to a Reuters count.

“It is not logical to think that as long as there is an epidemic of infectious disease in the rest of the world, every country will be safe from reinfection,” said the 51-year-old official, who was part of the team that fought the 2009 influenza A (H1N1) pandemic. The (seasonal) influenza is going to come back in October and leave in March. This is going to happen. What we don’t know – and it’s likely – is that, along with influenza, the second big wave of covid-19 could come,” he anticipated. 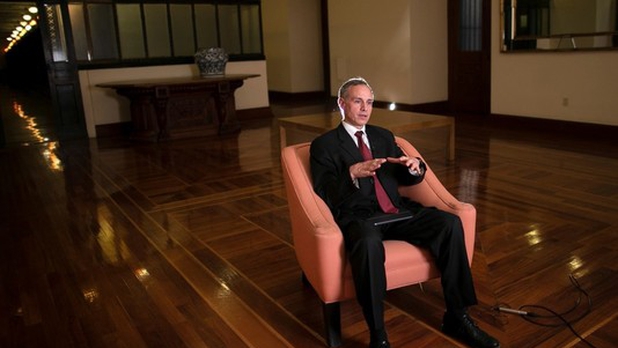 In addition to the social distancing, the government called on citizens to stay home, and schools and universities suspended face-to-face classes. Stadiums, museums, and commercial premises were also closed, and industries considered “non-essential” were shut down.

The Valley of Mexico, which includes the capital and the adjacent State of Mexico and is home to some 21 million people, is the area most affected by the coronavirus in the country. Even so, the doctor in epidemiology from Johns Hopkins University said they are “far below” the 10,000 expected to be infected in the area, and could only reach half of them.

For the entire country, authorities expect to reach some 6,000 deaths, 25 percent less than those estimated before the start of the most acute phase of the pandemic.

Mexico is the country that has conducted the fewest tests to detect the coronavirus among the nations of the Organization for Economic Cooperation and Development (OECD): just 0.4 tests per 1,000 inhabitants, while the average for the entity is 22.9.

However, López-Gatell said the country does not need to do as many tests to make sound policies. According to an official estimate, Mexico had 104,562 infected people as of two weeks ago, unlike the nearly 25,000 reported by the tests.

“You don’t need the number of cases. What is needed is to understand the data and to understand the mechanics of an epidemic to make the most appropriate decisions,” he said. “There are several people who say ‘we’re blind, we don’t have information. It’s blind who wants to go blind. We have the right information to make decisions.

To support his statement, the official made an analogy with the growing numbers of homicides in Mexico and explained that the government does not need to know the number of these to take preventive action against organized crime, which left, on average, 95 murders per day last year.

Coronavirus death toll underestimated
Besides, he said it is “very likely” that the actual number of deaths in Mexico from the coronavirus is being underestimated, after being criticized because many deaths related to covid-19, the disease transmitted by the coronavirus, are supposedly being diagnosed as “atypical pneumonia.”

“The number of deaths with influenza each year is underestimated, and it shouldn’t be any different in the case of an emerging disease like covid-19,” said Lopez-Gatell, who predicted that it is very likely that two or three years after the start of the pandemic there will be “very important revelations about what happened in hindsight. Lopez-Gatell anticipated that a new wave of coronavirus could come along with influenza. 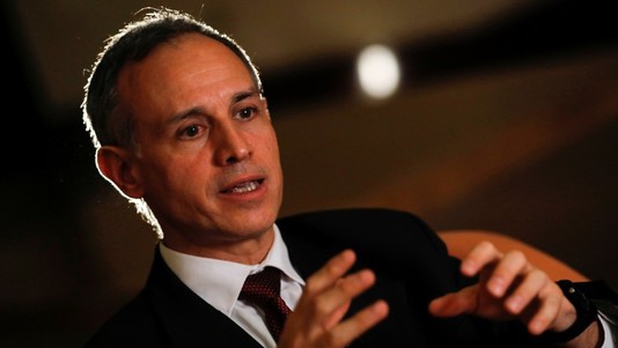 On the other hand, he assured that the dates for the restart of key economic sectors such as the automotive sector have not yet been defined after President Andres Manuel Lopez Obrador said he would allow the sector to resume activities on a par with those in the United States.