Mexico leads in lethality by Covid-19.

If we consider the case fatality rate, that is, deaths from coronavirus compared to confirmed cases with the disease, with a rate of 10.7 percent, Mexico reports the highest proportion in the region.

MEXICO (Reforma) – Mexico is the country with the highest mortality rate from Covid-19 in Latin America, a region already considered the epicenter of the pandemic. Considering the mortality rate, i.e., deaths from coronavirus compared to confirmed cases with the disease, with a rate of 10.7 percent, Mexico reports the highest proportion in the region.

Even higher than Brazil, which has the highest number of deaths, that is, 22,666 and records a high number of infections: 363,211; this results in a 6.2 percent fatality rate, according to Johns Hopkins University. 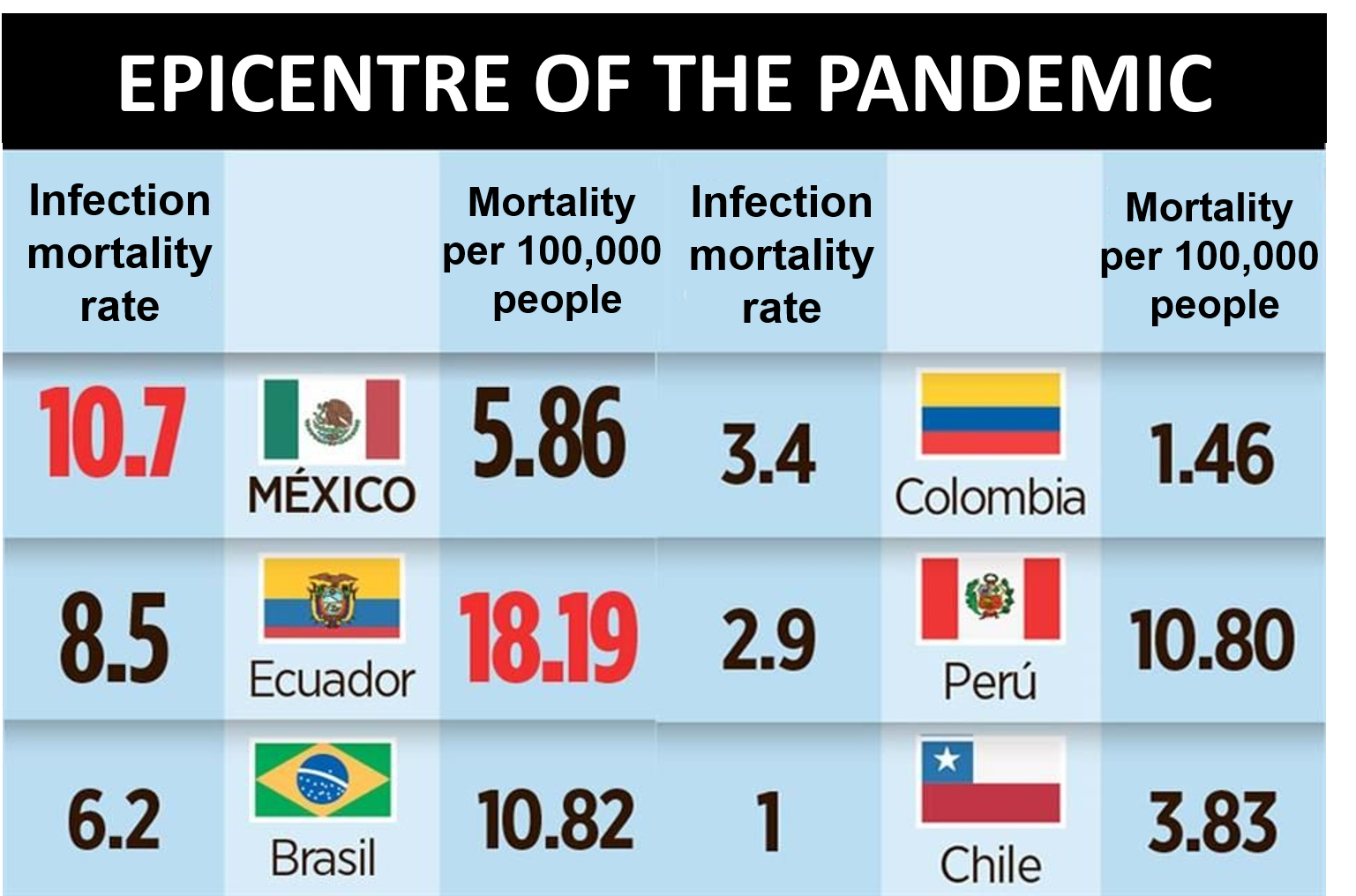 For Miguel Betancourt, president of the Mexican Society of Public Health, the high death rate reported by Mexico maybe since the number of confirmed sick people certainly is unknown.

“Surely (the number of confirmed patients) is greater, and therefore the lethality would be lower,” he said in an interview.

He explained that the measurement of mortality is more reliable than that of morbidity; that is, the number of patients or cases.

“We don’t really know how many cases there are between those with no symptoms and those with symptoms, but they don’t get sampled and so on. But deaths are easier to count,” Miguel Betancourt said.

The World Health Organization (WHO), on Saturday 23, placed Latin America as the epicenter of the Covid-19 pandemic because of the rapid expansion of cases. Brazil is in the eye of the organization, with its more than 22,000 deaths.

For Felicia Knaul, director of the Institute of the Americas at the University of Miami, Mexico is not a leader in Latin America in applying public policies to distance itself from the Covid-19 epidemic.

“Rather, it is below the list in terms of performance in the region, which is very worrying,” she warned at a virtual press conference yesterday.

He said that, according to the Public Policy Index, developed by a consortium of academics and researchers from different universities, Mexico stands out for being below in terms of mobility and the number of Covid-19 tests.