Through social networks, they market endemic or endangered birds, so citizens demand those responsible for being punished.

MERIDA, Yucatan (hazruido.mx) – After the aggression and death of the tucan “Tuquis,” in Francisco de Montejo neighborhood, the “Red Climática Ecológica Ambiental” (Environmental Ecological Climate Network) denounced through its social networks that existence of an illegal trafficking network of exotic birds operating in Yucatan.

They pointed out their Facebook groups dedicated to this illegal activity. Amongst those one called “Adictos ala Pesca Yucatán.“ 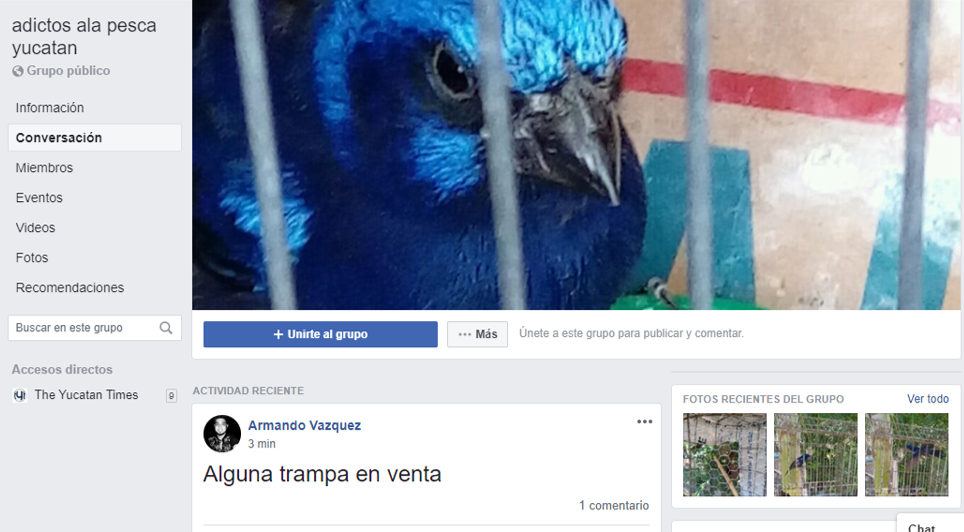 One of the network publications even offers documents to guarantee the legal origin and transport of Dominican and Cardinal birds, both of which are in danger of extinction. The release reads, “Take advantage of protecting your bird…they are 100 percent legal with a Semarnat seal and direct from the UMA”.

This group received several complaints from environmentalists and social network users who spoke out against these activities. One of the administrators proposed creating a WhatsApp group and launched another private Facebook group called “Yucaves de Monte.” 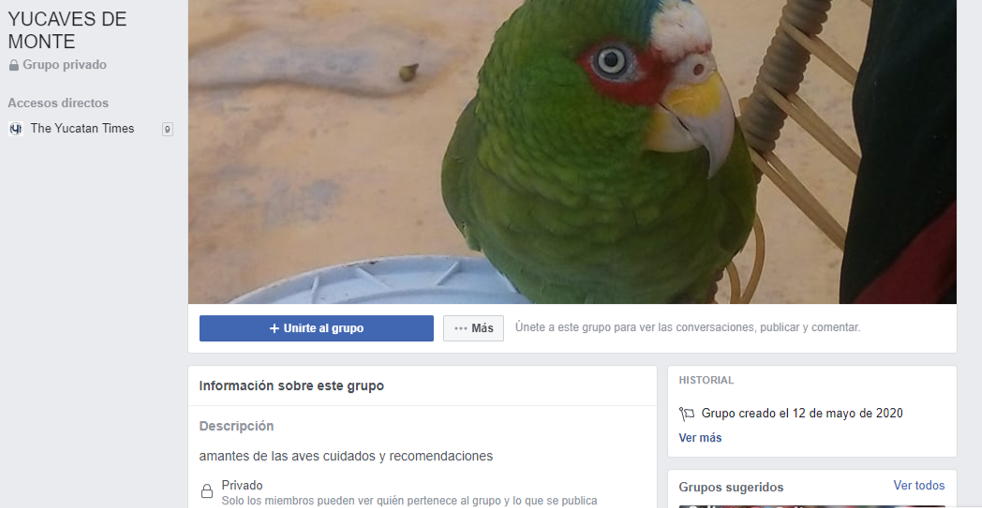 In this regard, the deputy chairman of the Environmental Committee in the local Congress, Harry Rodriguez Botello Fierro, said that due to the great diversity of Yucatan species, trafficking of these is a prevalent crime today.

Harry Rodriguez presented an initiative to homologate the state Fauna Protection Law with the federal one, which would allow punishing these activities without waiting for Semarnat and Profepa to do it.

“We must empower the State Attorney General’s Office to charge as a criminal action the promotion and sale of many species. Also, the products and by-products of the hunted animals, that is, the skin, plumage, everything that comes from the animal,” he explained.

There are still people involved in the illegal commercialization of birds in the groups mentioned above. Concerned citizens filed a complaint through the Federal Attorney for Environmental Protection (Profepa) website, and hope that action will be taken soon.

It is worth mentioning that the Law for the Protection of the Fauna of Yucatan indicates in Article 22 that illegal trafficking of wild fauna and illicit hunting are crimes. In its article 28, it reiterates that people who dedicate themselves to commercial activities related to the sale of animals must do so with the authorities.

Birds rescued
A few days ago, a teacher from a municipality in eastern Yucatan, who asked to keep its identity a secret, for fear of reprisals, rescued a little Yucatan parrot, barely two months old, whose legs were injured.

This bird is one of the most sought-after in the illegal market. It is the Amazon xantholora, coveted not only for the beauty of its plumage and colors but also because some have the “ability” to talk. 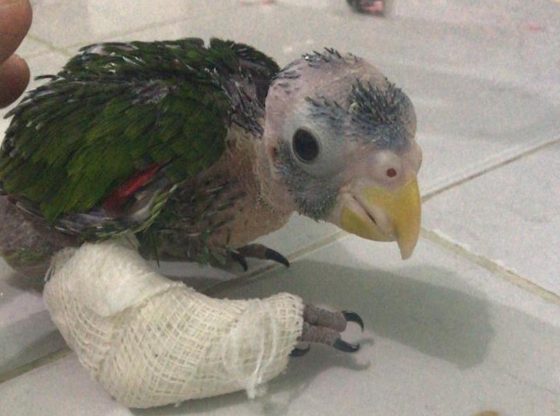 In the case of the rescued parrot, due to the Covid-19 pandemic that makes it more complicated to move around, it was the same teacher who, advised at a distance by a veterinarian, plastered one of its legs and temporarily protected it.

The teacher explained its decision to protect it, as it belongs to the native species of flora and fauna of Mexico’s wildlife that could be at risk of disappearing.