AMLO demands to know who pays social media that attacks his government.

The President urged social networking companies to explain to him how they sell advertising for bots “that attck his government”.

MEXICO (Times Media Mexico) – Andres Manuel Lopez Obrador demanded to know the Twitter and Facebook statements for the alleged sale of advertising for “bots” to buy space and attack his government in social networks.

In a press conference, the head of the federal executive said that the golden rule of democracy is transparency, which his government lacks. So far, 80% of all government contracts have been directly assigned, and major constructions have been sealed as “confidential.”

“It was explained to me a mechanism to neutralize the bots,” he said “It is important to ask Twitter and Facebook to explain how they sell advertising for “bots” and also, above all, to be accountable, that’s the golden rule of democracy… transparency. How much do companies in Mexico earn from these companies for buying advertising? It is not known. I think they should report,” he said.

This percentage can be translated into 3 million four hundred and thirty-seven thousand fake users. 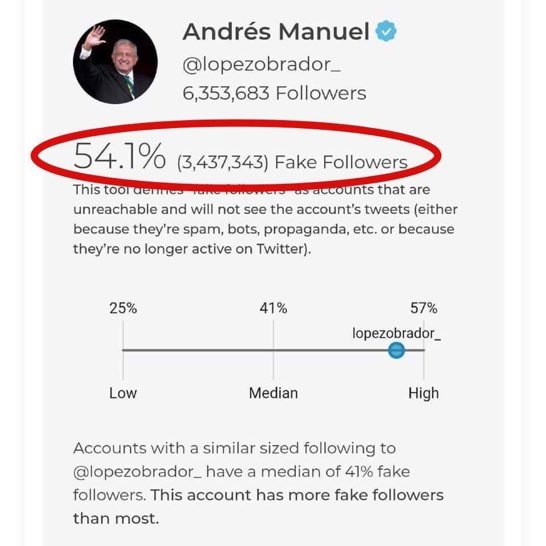 This was an apparent response to the President’s statements yesterday, where he demanded that the company reveal which people were behind the attacks on its image with the use of ‘bots.’

Bots, as cybernauts call them, are automated fictitious users created to attack or defend subjects, characters, or causes, depending on who pays for the digital service of the one who manages them.

Twitter’s response was a very diplomatic slap in the wrist to the Mexican President. A clear example that both attacks and defenses of users in networks in favor of the image and interests of the President are a subject that lacks real followers since half are fake cybernauts paid by the federal government. 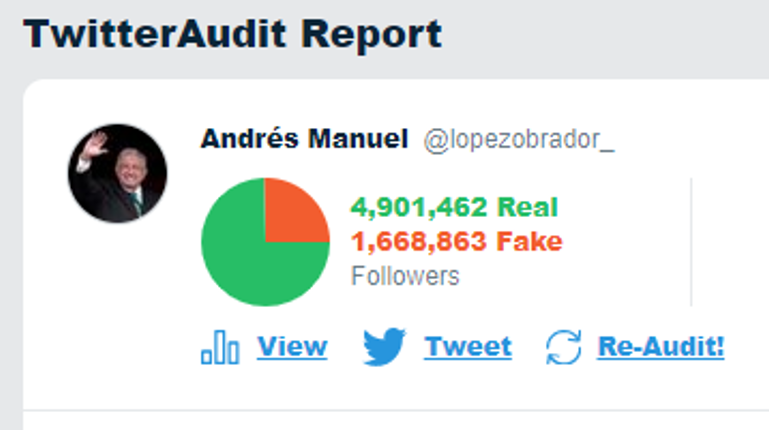 The other tool used to determine fake followers is Twitter Audit, which also gives Lopez Obrador a high amount of fake followers.

Populists around the world always do the same thing. Blame others for the very practices they conduct.