MERIDA Yucatán (CONAGUA) – Over the next 24 hours, the influx of moisture from the Gulf of Mexico and the Caribbean Sea, along with daytime warming and a trough that extends from the Gulf of Mexico into the Yucatan Peninsula, is expected to generate partially cloudy sky conditions with the likelihood of showers with isolated afternoon storms over northern and central Campeche, as well as north-central, southern and north-western Yucatan. 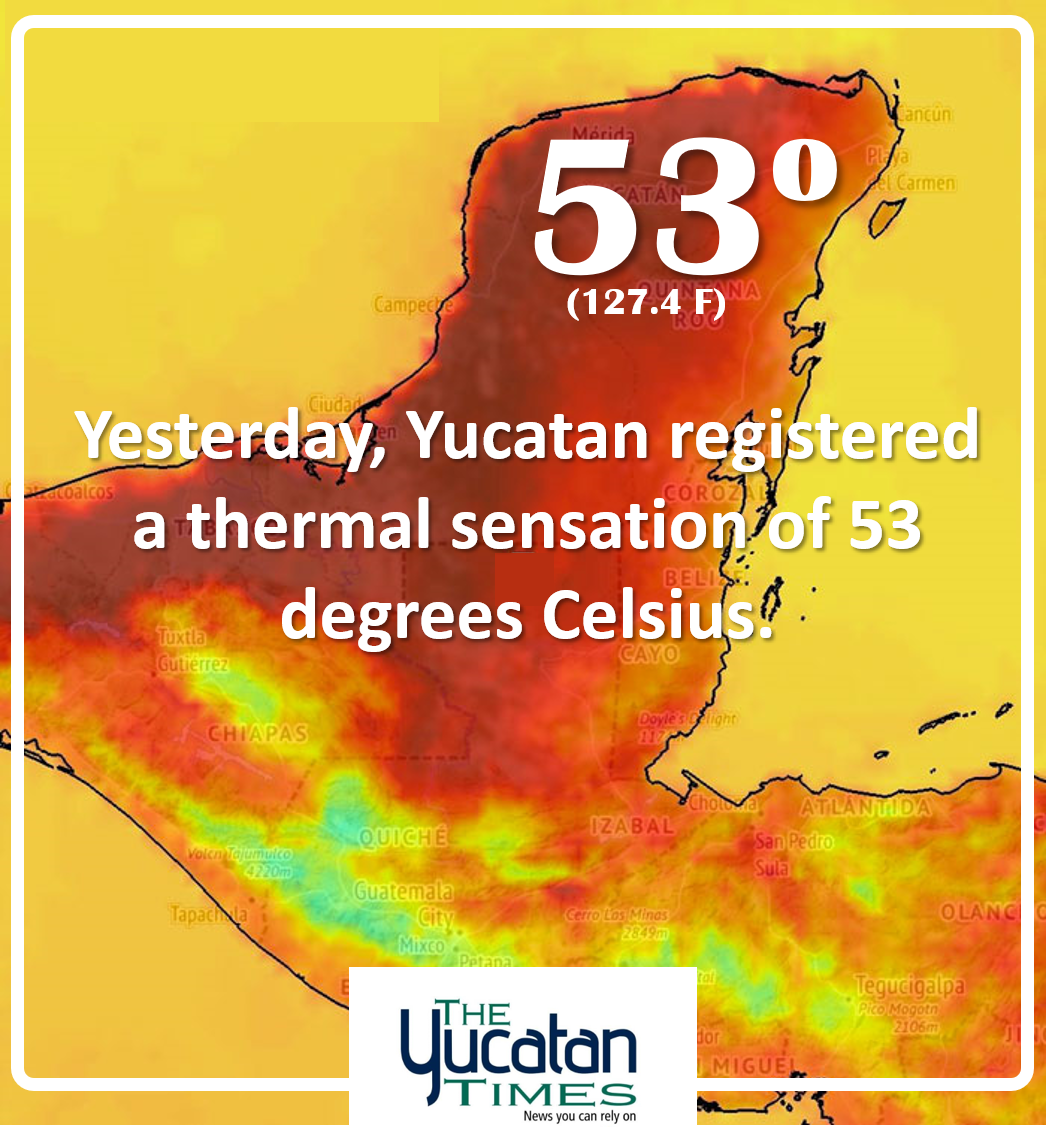 Very hot to scorching temperatures are also expected FOR TODAY during the day and warm at dawn, as well as dominant southeasterly winds with speeds of 15 to 25 km/h shifting to the west and northwest during the afternoon with gusts that could exceed 45 km/h mainly on the coasts of Yucatan and Campeche.

Yucatan: Partially cloudy sky with probability of showers with isolated storms in the north-center, south, and northwest of the state. Temperatures will be very hot to extremely hot during the day and warm at dawn, southeast wind shifting from the northwest with gusts of more than 45 km/h in coastal areas.

Campeche: Partially cloudy sky, with the probability of showers with storms in the north and center of the state. Very hot to scorching temperatures during the day and warm at night, wind from the southeast changing from west to northwest with gusts above 40 km/h in coastal areas.

Quintana Roo: Clear to partly cloudy sky, no chance for rain in the state. Hot to scorching temperatures during the day and warm at dawn, southeasterly wind from 15 to 20 km/h with gusts that could exceed 45 km/h in the coastal region.