In the present article, I will deal with a little-known fact, or perhaps, a not known fact in the life of these two historical characters. The first, General Manuel Cepeda Peraza of great renown in the State of Yucatan, to the extent he was named “Benemérito” (meritorious/worthy) of the state and the second, General Antonio de Padua María Severino López de Santa Anna y Pérez de Lebrón, of terrible memory in our country.

I had access to this curious chapter of history thanks to the kindness of a friend, Mr. Pedro Silveira, a great fan of the history of Yucatan and mainly a passionate student of the life of Cepeda Peraza. He was the one who gave me the book that serves as a source for this article.

The book in question is entitled “Memories of the Republican Campaign against the Empire in the State of Yucatan,” written by Yanuario Manzanilla and printed in 1888, the author participated actively in that campaign for the Republican side. He wrote in the press along with other illustrious characters, spreading the Republican ideas and acting as adviser of General Cepeda Peraza himself.

To put the reader in context regarding General Manuel Cepeda Peraza and the panorama lived at that time in Yucatan, I have to say that the general was a Yucateco military man and a politician. He stood out from others since a very young age in the arms race, participating in several campaigns, including the fight against the rebel Mayans in the so-called War of the Castes in Yucatan, as in several parts of the national territory, always on the Republican side and being a collaborator of Benito Juarez.

In 1866 he returned to Yucatan, to take charge of the campaign against the Second Mexican Empire in charge of Maximiliano de Habsburg. He fought several battles and gained ground until he reached the city of Merida, which he besieged in the early morning of April 22, 1867. This siege lasted 56 days, until the capitulation of the square on June 15 of that year, by the imperial commissioner Jose Salazar Ilarregui.

On June 4, 1867, the American steamer “Virginia,” anchored in the port of Sisal. It was carrying on board General Antonio Lopez de Santa Anna, who was in exile at the time, and his father-in-law Mr. Bonifacio Tosta Sanchez-Montaño. Santa Anna wrote a couple of letters, one of which was addressed to Alberto Morales, a resident of Sisal, and the other to Manuel Cepeda Peraza, whom he mistook for Martin Francisco Peraza, the uncle of the Yucatan general and a former friend of Santa Anna. In this letter, he reminded him of his old friendship and asked for an interview.

Republican newspaper “La Razón del Pueblo” dedicated an article to the arrival of such character to the port of Sisal and labeled him “as a traitor.” The paper pointed out that before arriving at the Yucatan port, Santa Anna showed up in front of the port of Veracruz on board the same steamer, which was also under siege by the Republicans and who at that moment was in dealings with the imperialists to surrender that square. Santa Anna interfered in the negotiations, spoiling them to the extent that the deals collapsed.

As a consequence, Santa Anna was extracted from the “Virginia” and taken to the Island of Sacrifices, which is in front of the Port of Veracruz. Still, she was returned to said steamer, apparently due to claims by the Americans, with the condition that it immediately left the port, from where it took off to Sisal, finishing off the article, which had the nerve to address letters to the city of Merida, “with the depraved object of disturbing order and impeding the triumph of our cause.” (SIC)

Cepeda Peraza’s response was to extract Santa Anna from the boat and apprehend him, assigning this task to the Commander of Sisal, Mr. Santiago Medina, who armed three ships in war and embarked along with Mariano Romero, Manuel Mendiolea as interpreter. The steamer was boarded by the Commander, together with his interpreter. He communicated to the Captain of the boat his intention to speak with General Santa Anna, to which he agreed and lowered them to the cabin and to whom, with due courtesy, informed that by orders of General Peraza, would take him ashore, to which agreed with pleasure manifesting: “that he found the boat boring, glad to leave, and that he was allowed to interpose his help to reconcile the belligerents of Yucatan, who were fighting for victory in the field of war.”

While this was happening, the steamer began to move, being that Mr. Mendiolea, who had served as a purser on a ship, understood the maneuver and told Commander Medina in Mayan language that they were trying to take them away, he immediately went up on deck. With his handkerchief, he signaled the other two armed ships to come closer, and with a revolver in hand, he forced those who were lifting anchors to stop, so they ended and retired.

As soon as the other two boats approached, he ordered that the artillery pieces with which he armed them should be aimed at the sides of the ship and that the infantry should prepare the rifles to fire, ordering Mr. Mariano Romero to board the “Virginia” with a troop picket and to take Santa Anna out of her cabin dead or alive and put her onboard one of the boats along with his father-in-law.

Romero executed the order together with six soldiers, but when he returned to the deck with his two prisoners, he found that the Captain had spread the American flag on the floor so that he could pass over it; Commander Medina saw it and lifted it, putting it to one side and avoiding with that, that they stepped on it, proceeding to embark the prisoners in the boats and arriving at the port where they arrived without any news.

That same day General Cepeda Peraza received the official part of the capture of Santa Anna, so at nine o’clock at night he secretly called Colonel Matías J. Cámara, who was ordered to take an infantry section of the camp in the neighborhood of Santiago, went to Sisal and passed by the arms to General Santa Anna; Cámara, surprised, asked him to turn the order in writing, handing it over to Cepeda Pereza at once. Because of this, Cámara secretly decided to communicate the request to the “Licenciados” as he referred to the group of lawyers who were in charge of propagating the republican ideas through the newspapers they wrote and among whom was Licenciado Manzanilla, author of the source that serves as a reference for this article since he knew that they hated executions and every time they could, they intervened to avoid killings, and this case was no exception; they met in Cepeda Peraza’s room and intervened for the suspension of the execution order of Santa Anna.

Among the arguments they presented to the General in chief was that Santa Anna had been one of the leaders of the country’s independence and as such his life was sacred; another was that the fact would generate complaints from the United States government because the arrest was made in violation of the American flag and should not create problems for the Supreme Government at such critical times; Another argument was that it was well known that Santa Anna had put a price on the head of Cepeda Peraza in 1853, when he took up arms against his dictatorship and that the order of execution would be seen as an act of dishonorable revenge.

Finally, to the previous arguments and others that presented him, Cepeda Peraza determined to suspend the order to execute Santa Anna and agreed to be taken prisoner to the city of Campeche, which was already under the control of the Republican forces.

As a final reflection, one cannot help but wonder how history would have judged General Manuel Cepeda Peraza for the execution of one of the most hated characters Mexico has ever given.

Source: “REMEMBERS OF THE CAMPAIGN OF THE REPUBLICANS AGAINST THE EMPIRE IN THE STATE OF YUCATAN,” Yanuario Manzanilla, Imprenta Mercantil, Merida de Yucatan, 1888, pages 102 to 107. 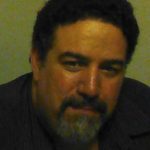 Miguel Fernández-Montilla Cervera is a Yucatan lawyer, specialist in labor law, and an enthusiast of Yucatan’s history. He has hosted the program “El buho de la noche” (The owl of the night) which deals with historical issues and anecdotes of the Yucatan.