CAMPECHE Campeche – In the beautiful, walled city of Campeche, on the Yucatan Peninsula, the question of how a government and population cares for heritage has recently become increasingly relevant, particularly since the granting of World Heritage Site status twenty years ago, and now a unique new local initiative is taking on the challenge.

The UNESCO World Heritage mission is the preservation and protection of natural and cultural heritage on a global scale, which in the context of the city of Campeche primarily means the stunning colonial architecture in its historic center. 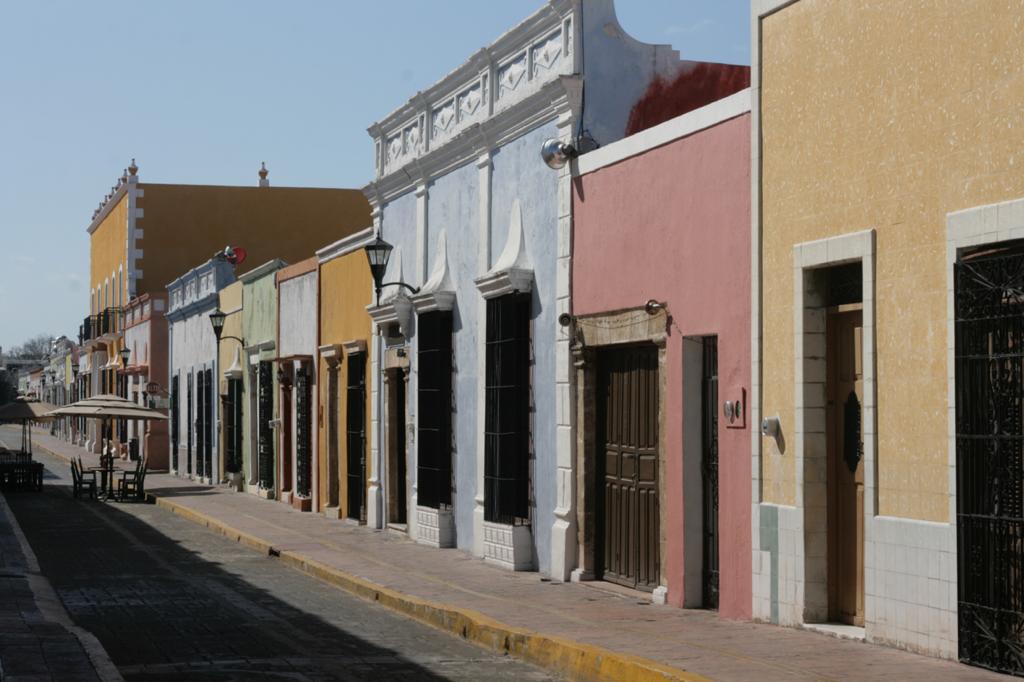 The maintenance of our heritage, however, cannot merely be the task of global organisations, or even local government, but must integrate individuals, communities, and businesses working in a local context, in order to generate sustained engagement, and this is where a new initiative called Rescuing Heritage comes in, linking derelict buildings with progressive humans or organisations so that buildings can be saved and at the same time the city’s beating heart can become a thriving community of socio-environmental initiatives.

A spokesperson for the Rescuing Heritage project, Yvette Griffiths, explains how by “linking key groups or individuals with architectural rescue projects, we can encourage certain sectors such as environmental NGOs, small-scale family units and responsible businesses to invest in and move to the historic center of the city and enhance its liveability, social and community behavior and environmental responsibility.”

“Money is arriving, or was before the Covid-19 crisis,” she continues, “but largely it was intent on and designed to maximise unchecked tourism, which generates income but can also cause great harm locally, as we can see in so many places internationally, Barcelona and Venice being the most obvious – but really anywhere where locals are placed second to tourists is guilty of this.” The human-scale functionality of a civic must be the priority, she argues. Tourists and travellers can of course visit, but it’s damaging to everyone to visit a space absent of this. 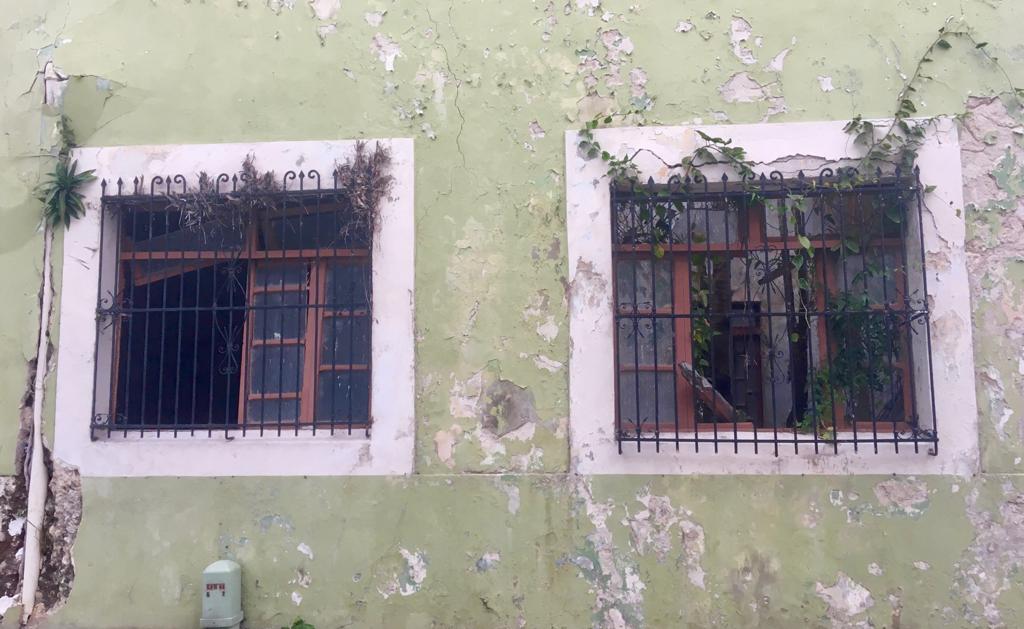 There are, she says, crucial ‘lighthouse individuals’, whose involvement in projects like Rescuing Heritage allows them to act as beacons for progressive change in a community: “Sustainable development has to be about the human-scale civic and environmental space first and foremost, and everything else flows from there. You build with people, lighthouse individuals, with a progressive, humanistic, community world-view. That’s your underscore. Rescuing Heritage is all about putting these building blocks in place.”

This is particularly important in a city like Campeche, where an increase in the number of visitors was, prior to the advent of COVID-19, threatening to destabilise current residents’ way of life. Though far from the flocks of tourists seen elsewhere on the Yucatan peninsula, recent years have seen a boom in the tourism economy in Campeche, with the city even featuring in The New York Times as a place to visit. As a result, many of the buildings surrounding the historic centre were being bought for tourism-related commercial reasons. But maybe this pause for breath, provided by the ongoing global Coronavirus crisis, allows for a chance to rethink what and how we want our city centres to provide for us.

Tourism – in itself – is not an inherent evil: from a conservation perspective, if managed well, tourism can raise funds for protecting natural areas, generate stronger local infrastructures, and enhance awareness of ecological biodiversity. It can also, however, cause issues for current residents (congestion, waste generation, increase in prices etc), and negative effects are particularly exacerbated if visitor numbers swoop upwards suddenly and are poorly managed. In Campeche, this means the elevation of rental prices in the traditional ‘barrios’, with the potential for a rupture in living conditions for the existing inhabitants of the city. 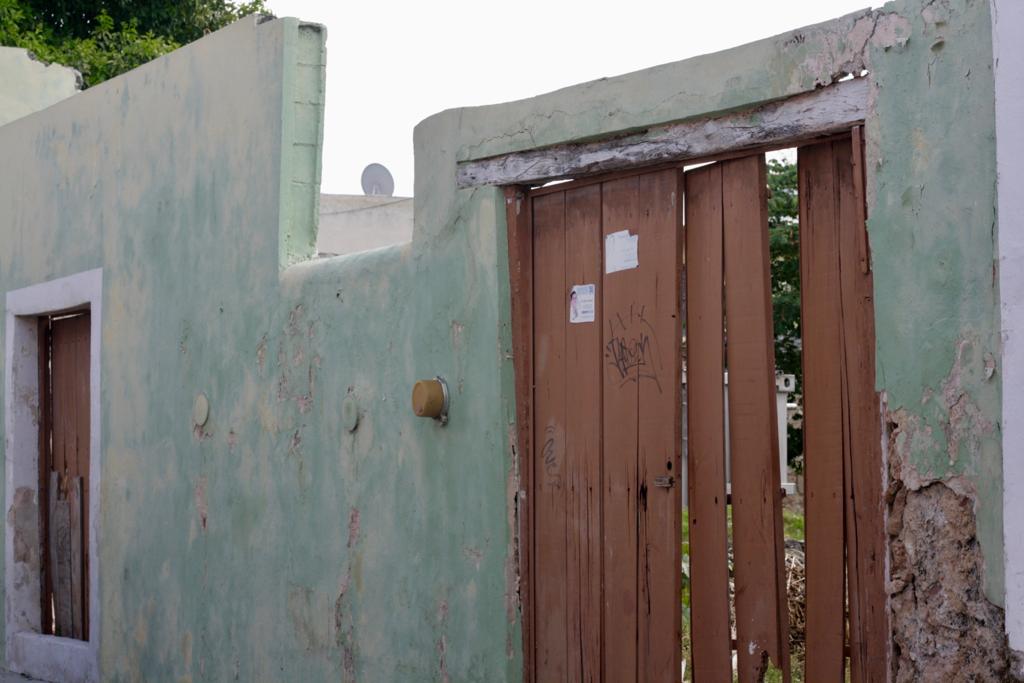 Such is the context for the advent of Rescuing Heritage Campeche. Pioneered as a joint project by local and international organisations, the operating team have identified derelict buildings in and around the historic centre which can then be purchased at rescue instead of commercial prices. The goal of the Rescuing Heritage project is twofold: the maintenance of the city’s architectural and cultural heritage, and the interweaving of different levels of local economies, such that progressive and sustainable practices are enacted at both a city-wide and an individual level.

The importance of legacy in a project like this cannot be understated, as long as the context in which we perceive the notion of legacy is correct.

“Legacy is essential to everything that is meaningful but often we look at this the wrong way round.” says Yvette. “We focus on legacy and forget that a project has to have legacy, not that legacy is in the project itself. And good people doing good things necessarily generates legacy, in the same way that crime and abuse generates legacy. You can never guarantee it, but you can generate the space which welcomes the right people and makes legacy all the more likely.”

Whilst Rescuing Heritage Campeche will ensure that, physically, the buildings in the city’s centre retain their beauty and integrity, it is also important to remember that the spaces in which a community exists provides a part of the framework through which they shape their actions. For residents of Campeche, the project should be a way to “fundamentally enrich the traditional neighbourhoods in the city, both in terms of the physical rescue of these amazing buildings, but also in terms of giving heart and soul to these spaces, rather than cold, naked economic development.” 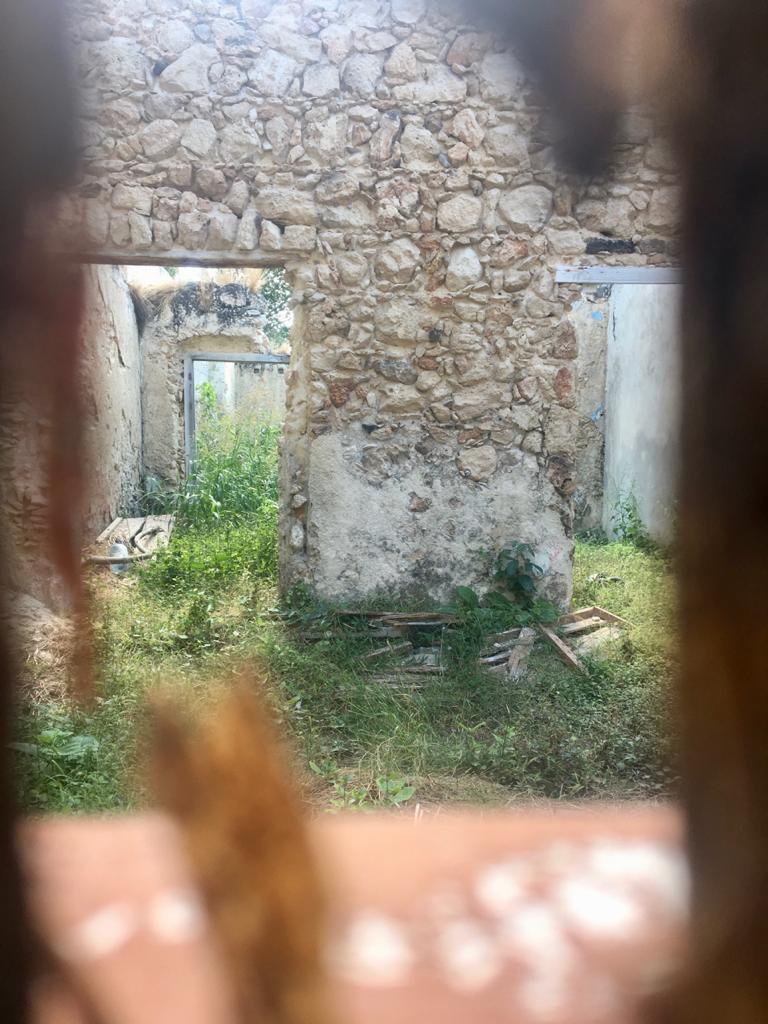 Canadians Hollis and Pedro Connelly, for instance, moved to Campeche precisely because they wanted to be an active part of a local, progressive community. They found a niche in Campeche, but have also added to immeasurably to the city, whether it be Hollis’ work as part of the Live Green – Vive Verde collective, or Peter’s Blues Harmonica which lights up unusual spaces from time to time, they both came to the city to commit to a community, not to exploit it.

“It’s a win-win,” says Hollis. “You give and you receive, and both are equally valuable. When the virus came lots of people said, will you be going home, and we said, ‘What? This is our home.’”

Heritage and sustainable development need not exist in opposition. Heritage helps to reinforce meaning and identity in individuals, and cohesion in communities. It follows, therefore, that the conservation and protection of heritage necessarily has an important role to play in any meaningful sustainable development, and this sort of development is only possible through the empowerment and meshing of progressive, lighthouse individuals. As Yvette Griffiths says, in any endeavour, “…you have to take people with you, and really, to do that, all you have to do is generate spaces for possibility.”

Because all too often, when we think about heritage, we think about walls and buildings, stuff which has been built at some point in the past by someone else, and we forget that really, the most valuable heritage of all is what we do, day after day, wherever we find ourselves – our actions, and our choices.

Shannon Collins is a freelance writer, contributing to a variety of publications. As well as working with environmental organisations, she is pursuing an MA in English Linguistics at University College London.

Arianna Russo is a marine biologist and photographer from California and currently works in social and conservation programs across the Americas.