Mexican Government takes advantage of the coronavirus crisis to increase its propaganda.

MEXICO CITY (El País) – Until a few weeks ago, before the coronavirus emergency installed the new normality in Mexico, it was enough to turn on a television to see Andrés Manuel López Obrador speaking. At all hours and on almost every news broadcast.

The image of the Mexican Government was AMLO, the head of the executive branch leaning on the podium during a morning conference or on one of the many tours he took on weekends. The president had merged his voice with that of the Mexican State thanks to his daily appearances, in which he set the country’s news plan in motion. 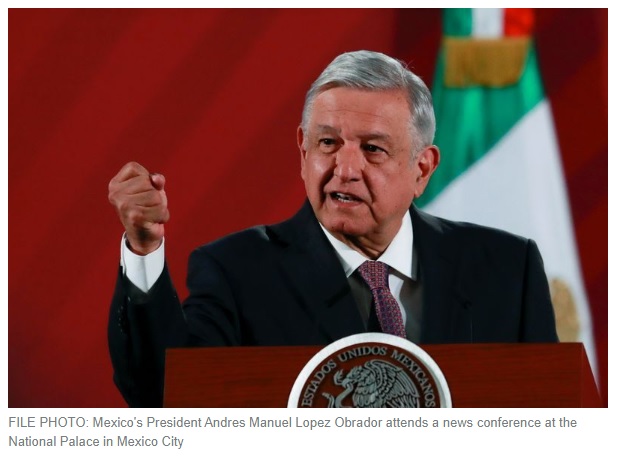 This characteristic stamp of his administration has multiplied during the health contingency. This Wednesday, the President informed that from next week a new daily conference will be added to the usual official communication schedule. It will be the fourth and will be headed by María Luisa Albores, the Secretary of Welfare, the ministry in charge of fighting poverty.

The official will explain the progress made in the distribution of economic support to the vulnerable population, López Obrador’s primary commitment to face the financial challenge that the covid-19 has posed to the country. “From 18:00 to 19:00 [we will talk about] credits; from 19:00 to 20:00 Dr. Hugo Lopez-Gatell, health; and from 20:00 to 21:00, the welfare programs,” Lopez Obrador listed early. This without counting on the star product of government propaganda, the morning.

The fatigue and erosion that the Administration has suffered in 16 months in office, had lowered the morning’s rating. Two months ago, before the arrival of the virus in Mexico was confirmed, the long presidential monologues had lost steam in the YouTube replays.

On February 11, to give an example, the conferences added up to 335,000 views on the Government’s channels and those of López Obrador on the video platform. The emergency caused by SARS-CoV-2, however, caused Mexicans to return to official channels in search of information.

The president had two million hits on his Facebook page on March 24.
The contingency strengthened the figure of Under Secretary of Health López-Gatell, who has become a spokesman and a point of reference during the epidemic. His nightly conferences, where he reports on the progress of the cases and the Administration’s response, have hooked a particular audience and have exceeded one million views, as happened on March 31 and April 5. The event has been ironically called “the seven o’clock soap opera” on social networks.

This display was later joined by the Secretary of Economy, Graciela Márquez. The official jumped into the media arena on Friday, April 24, after several days of criticism of López Obrador’s economic response to the looming crisis. Since then, the minister, accompanied by other members of the Cabinet, has been reporting on the progress made in the distribution of the three million soft loans offered by the Executive to small and medium entrepreneurs in the formal and informal sectors.

According to the president, half a million people have already applied for this type of aid. Every day, about 20,000 loans of 25,000 pesos, 1,000 dollars, are distributed. The fourth daily hour of official propaganda will be in charge of Secretary Albores. They will report on the support given to the elderly, the disabled, farmers, working mothers, young recipients of the Benito Juárez welfare grants, among others.

The Government usually calls the conferences “circular dialogue” with the press. These events serve as a megaphone for the criticisms that AMLO directs against journalism.

Political scientist Luis Estrada has revealed that AMLO has accused or attacked 144 times the Reforma newspaper, which he describes as “conservative,” and also against international media such as El Pais, Wall Street Journal, Financial Times, and The New York Times.