Cancun just few weeks away from a massive sargassum wave

Although the impact is expected to be much less than in the previous two years, the sargassum will start to arrive massively to the coasts of Quintana Roo in mid-May, according to predictions by the Sargasso Monitoring Network.

CANCUN Quintana Roo. (RedSargazo) Esteban Amaro, the coordinator of the network, explained that it is estimated that the sargasso stain at the height of the Equator will take just under 30 days to reach the beaches of the Mexican Caribbean, carried by the sea currents.

Although macro-algae can be seen on the beaches of Cancun and Playa del Carmen, they still arrive in smaller quantities and do not affect the sites as much.

“It is expected that this year there will be less sargassum than last year. It is estimated that between 30 and 40 percent less. There was very little at the beginning of the year, but in the last month, it has quadrupled at sea, and now it has passed the arch of the Lesser Antilles,” said the hydrobiologist.

Where does the sargassum coming come from?
The sargasso that reaches the coast of Quintana Roo comes from the “new sea of the sargasso” that grew during the last decade on the southern equatorial axis, between the shores of Brazil and Africa. 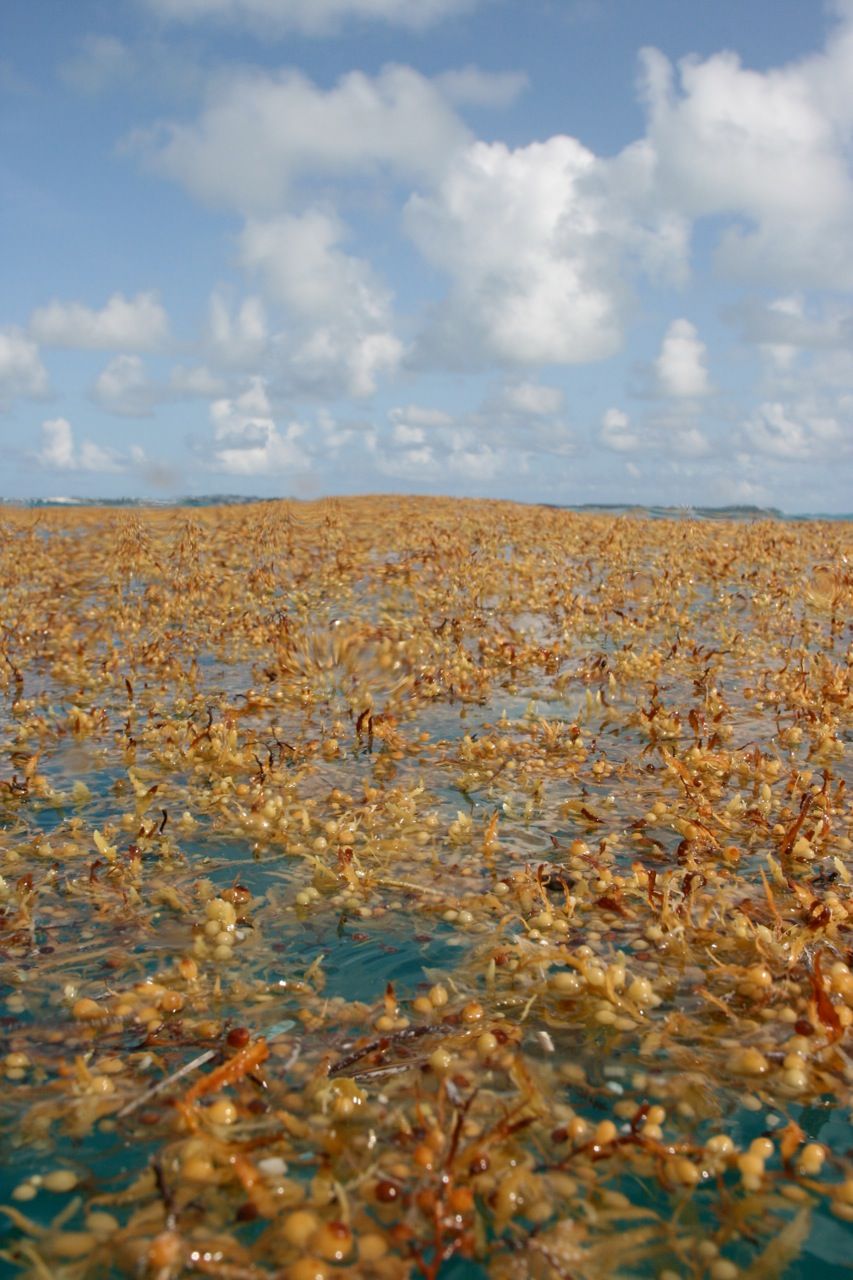 Although its causes have not yet been determined, its flowering is attributed to pollution and nitrification of the oceans.

From this point, the winds from the south direct it to the north until they enter the currents of the Caribbean Sea that meet on the southern coast of Quintana Roo and continue parallel to the coastal coast towards the north of the entity and then head to the coast of Florida.

“Now we are finding the sargasso to the south of the Dominican Republic, towards Haiti and Jamaica. Based on the speed with which it moves and the distance, we calculate that by mid-May, we will have it in greater quantities in Quintana Roo,” the specialist reiterated. “In July we will have “the worst” part of the arrival of sargassum to Cancun and Playa del Carmen”.

Between 15 and 20 May, although larger quantities will arrive, they are expected to be moderate compared to 2018 and 2019.

“As the summer begins, it will intensify, with the largest recharge of sarges in 2020 expected in July,” he concluded.