MERIDA Yucatan (Times Media Mexico) – The state government of Yucatan, and governor Mauricio Vila informed that starting today, Friday, April 10, and until April 30, the “ley seca” -dry law- will be applied in Yucatan, as part of the measures taken by the state of emergency as a result of the Covid-2019 pandemic.

Decree 208/2020 issued by the Executive Branch and published in the State Official Gazette, informs of the prohibition of the sale of alcoholic beverages in the state until April 30.

The “ley seca or dry law” began to be applied from the end of March in several municipalities of Yucatan, but it had not been decreed as a rule for the entire state. 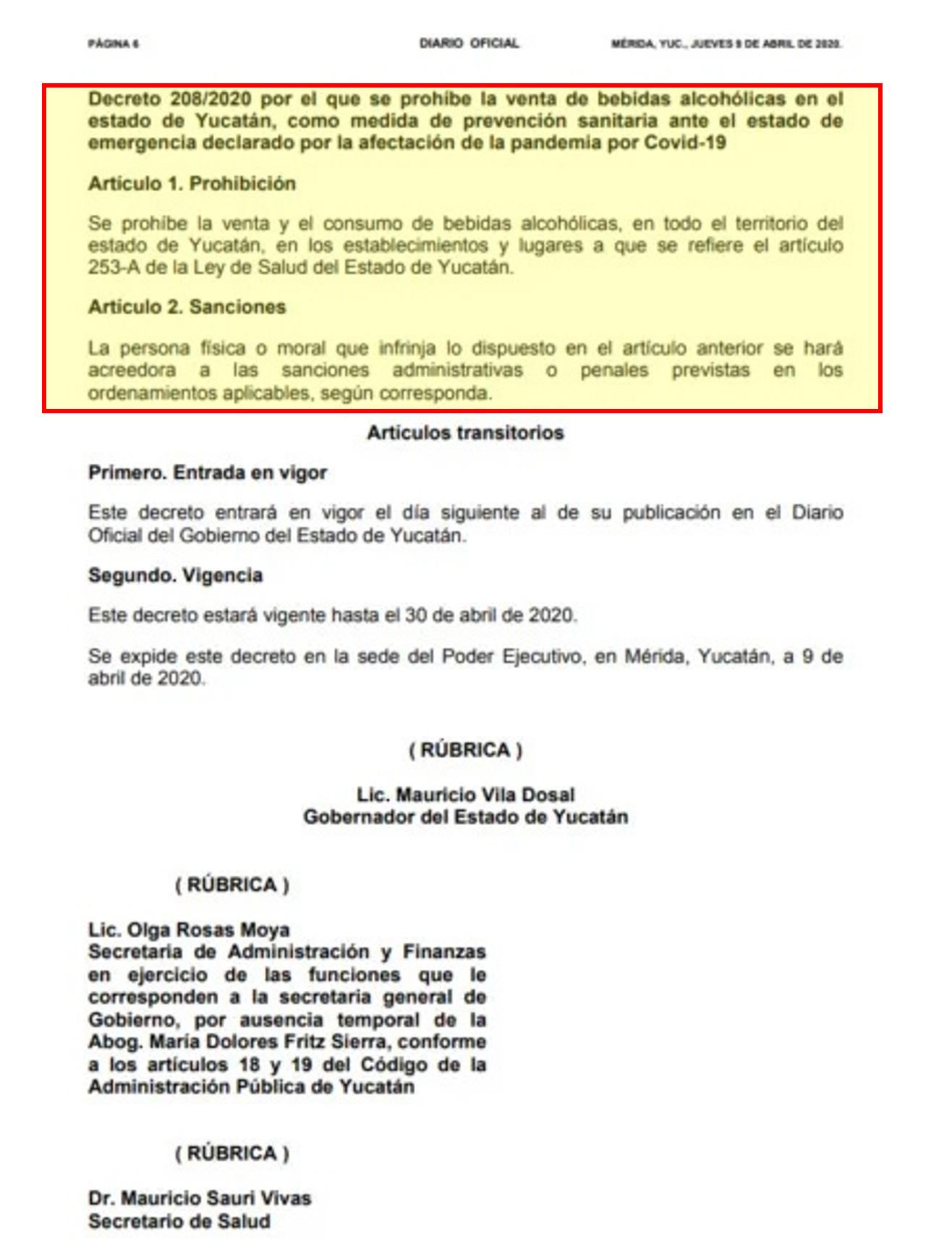 Violence due to alcohol
In one of the considerations mentioned by the government in the decree, it recognizes the increase in alcohol-related violence:
In addition to the rise in the number of cases by Covid-19 in Yucatan, the Secretariat of Public Security has informed about an increase in the number of cases of violence reported to the emergency number 911, generated, for the most part, by people under the influence of alcohol.