US Government goes after Mexican Cartel

OFAC’s action today is the result of collaboration with the Drug Enforcement Administration (DEA), which executed Project Python, a nationwide operation to break the CJNG through a series of coordinated arrests, seizures, and indictments.

“The CJNG and Cuinis drug trafficking organizations have transported deadly drugs, including fentanyl into the United States, and have used violence and corruption to exert their regional influence,” said Assistant Secretary Justin G. Muzinich. “The United States will continue to expose the network of companies controlled by the designated Mexican ringleaders and their trafficking networks that attempt to infiltrate and abuse the global financial system”.

“The DEA is going after drug trafficking organizations, including CJNG, on all fronts,” said DEA acting administrator Uttam Dhillon. “Making money is the priority of drug trafficking, and by taking away its means to launder illicit drug revenues, the DEA, along with our interagency partners, is taking another step toward dismantling CJNG and its partner organizations”.

The first company appointed is: International Investments Holding S.A. de C.V., a holding company in Guadalajara, Jalisco. This company is owned or controlled by Cuinis leader Abigael Gonzalez Valencia and his wife, Jeniffer Beaney Camacho Cazares, who OFAC appointed on August 19, 2015 because they assist her husband in his drug trafficking activities.

The second company is GBJ de Colima, S.A. de C.V., a gas station located in Villa de Álvarez, Colima. This company is owned or controlled by Diana María Sánchez Carlón, who was appointed by OFAC on August 19, 2015, for assisting Abigael González Valencia in his drug trafficking activities and playing a strategic role in the management of his assets.

The Justice Department has taken an aggressive posture toward Mexican cartels, and in December, Attorney General William P. Barr met with the Mexican government. The U.S. is not satisfied with Mexico’s efforts to combat cartels

U.S. arrests hundreds of people in show of force against Mexico’s Jalisco New Generation cartel
The Federal authorities launched a broadside against Mexico’s Jalisco New Generation drug cartel on Wednesday, revealing that they had arrested hundreds of those associated with the gang as part of a six-month operation to attack its U.S.-based infrastructure.

The first phase of the operation — called “Project Python” — culminated with a nationwide roundup of the gang’s associates Wednesday, when law enforcement authorities arrested more than 250 people and seized almost 600 kilograms of drugs and more than $1.7 million in money and assets, acting Drug Enforcement Administration head Uttam Dhillon said.

The operation began Sept. 1, and authorities had arrested more than 700 people associated with the gang on drug trafficking-related crimes, and seized more than 20,000 kilograms of drugs and $22 million of money and other assets.

CJNG the most powerful cartel in Mexico – DEA 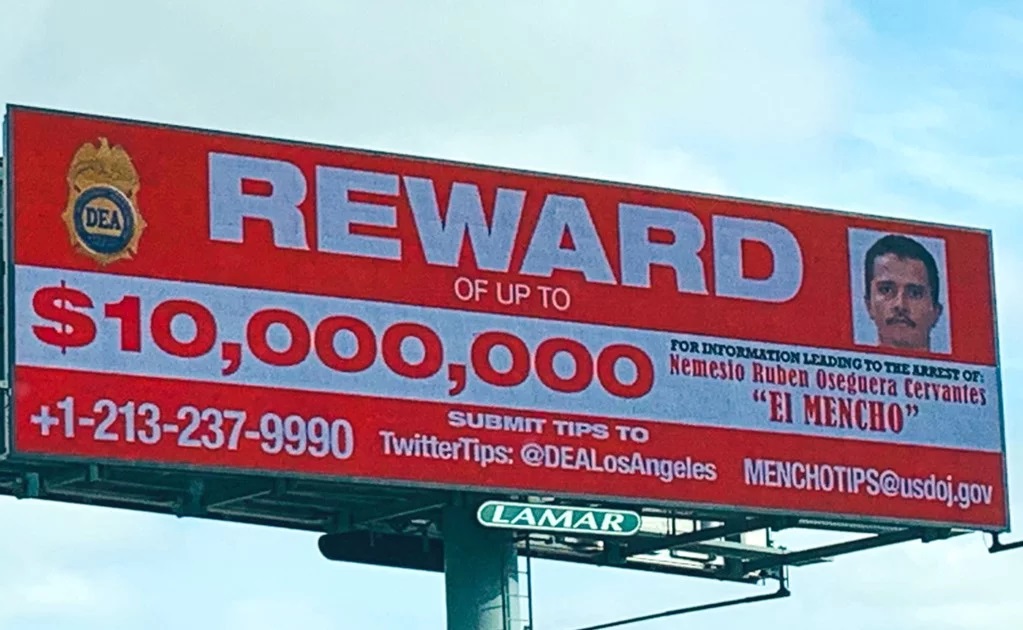 Rubén Oseguera González, better known as “El Menchito,” and his sister, Jessica Johana Oseguera Cervantes, are the children of Nemesio Ruben Oseguera Cervantes, or “El Mencho,” the cartel’s leader. U.S. officials have offered a $10 million reward for information that leads to his arrest, and the Justice Department announced Wednesday it had brought a superseding indictment charging him with running a continuing criminal enterprise.