Tips for Travelers to Zurich

This bustling metropolitan city surrounded by picturesque mountains has a lot to offer. There are countless eateries, vibrant nightlife, and impressive historical sights. As Switzerland is a high-priced location, follow our tips to pay less and travel around with ease.

Groups should consider hiring charter transport. Click here to hire a bus in Zurich from a reputable travel operator. In addition to the obvious convenience, the vehicles emit less carbon dioxide than trains.

1. Pay attention to languages
Generally, visitors from the US should have no trouble getting around. Most locals speak English quite well. However, if you intend to practice your German, there are peculiarities. Zurich has an Alemannic-speaking region. The language differs from standard German, but do not be afraid. Residents should still be able to understand you.

2. Get a Transportation Card
The vacationer pass called the Zurich Card gives unlimited access to varied transportation, from shuttles between airport terminals to in-city transport. The system is typically Swiss — clean and streamlined. Besides, it offers significant savings in comparison with taxis or car rental — these are painfully expensive.

The Zurich Card also comes with free admission to four dozen exhibition halls. A pass for 24 hours costs 24 CHF. The price of a 72-hour card, however, is 48 CHF.

Every square inch of the city and the surrounding canton are connected via The Zurich Transportation Network (ZVV). This is a tight-knit web of buses, trains, trams, and even cable cars. You have to validate each ticket before boarding. The more zones you travel — the higher the price. For example, the journey between the airport and the city covers two zones. Prices for ZVV start at CHF 2.20.

The third option is called the Swiss Pass. It provides unlimited access to railroad transport within the Swiss Rail System, which includes public transit in Zurich. Valid for 4, 8, 15, 22 or 30 days, it costs between CHF 266 and CHF 590. 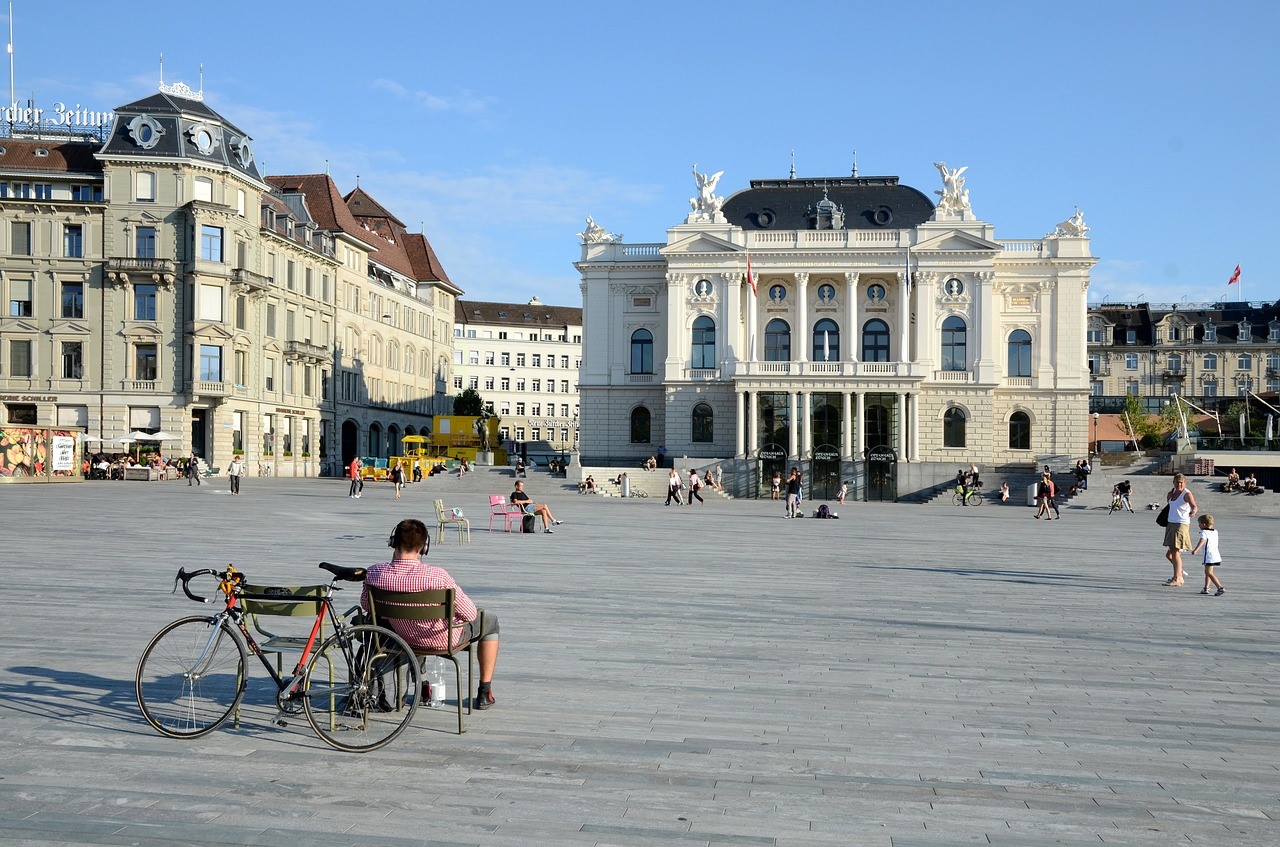 3. Take a Stroll
Free Walk Zurich offers informative walking tours around the city. This is perhaps the most reasonable way to explore the surroundings and learn some basic history of the region.

4. Lunch Specials
Eating out in Switzerland is not cheap, just like everything else. However, there are ways to cut costs. One of these is lunch specials. In most eateries, these set menu meals cost between 10 and 19 CHF. Ethnic restaurants (e.g., Indian, Thai, or Middle Eastern) have delicious selections for roughly 10 CHF.

5. Mobile Phones
Staying connected should pose no problem. The standard networks of GSM, GPRS, and 3G formats ensure stable reception even in the mountains. Public Wi-Fi is ubiquitous like in any large European city. It is reasonable to purchase a prepaid card if you intend to make and receive calls or texts. The pricing is sensible. It’s also worth remembering that the nation code for the country is +41 and the zoning code for the city is 44.