The good news about the COVID-19

The 1918 flu pandemic, also known as the “Spanish flu,” caused about 40 million deaths within a year. While the world is now facing a pandemic again, could something similar happen again today? Scientists around the world say no. While the world faces a difficult scenario, doctors and epidemiologists believe the world is prepared to fight this pandemic.

These are the main reasons why the global scientific community is optimistic.

1. Scientists know its identity.
The first cases of AIDS were described in June 1981, and it took more than two years to identify the virus causing the disease. The first cases of severe pneumonia were reported in China on December 31, 2019, and by January 7, the virus had been identified. The genome was made available on the 10th. We already know that this is a new group 2B coronavirus, from the same family as SARS, so we have named it SARSCoV2. The disease is called COVID19.

It is related to bat coronavirus. Genetic tests confirmed it had a recent natural origin (between late November and early December). Although the viruses live by mutating, their mutation frequency is not very high.

Phylogenetic analysis of the complete genomes of 2019-nCoV and the viruses representative of Betacoronavirus The Lancet – Genomic characterization and epidemiology of 2019 novel coronavirus: implications for virus origins and receptor binding. 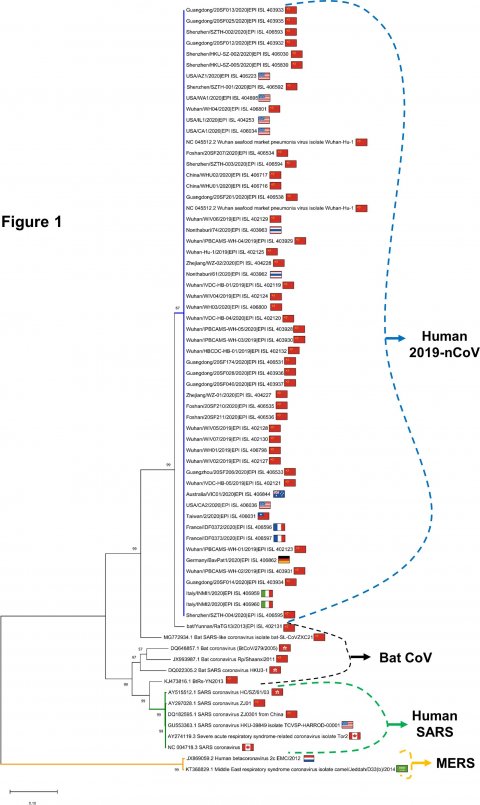 2. Scientists know how to detect it
An RT-PCR assay to detect the virus has been available worldwide since January 13. In recent months, the type of test for COVID-19 has been refined, and its sensitivity and specificity evaluated. 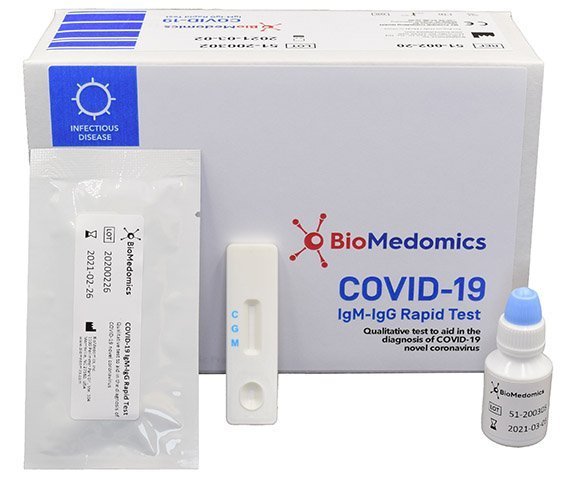 3. The situation in China is improving
The strong control and isolation measures imposed by China are bearing fruit. For several weeks now, the number of diagnosed cases has been decreasing every day.

Of the total number of cases in the hospital, the number of suspects has dropped to only 2.4%, and the number (36,271) has decreased to almost half of the maximum of February 8 (66,193). China has recorded more fully recovered coronavirus patients than people still infected, suggesting it is overcoming the epidemic and Apple has reopened all of its stores in China, after shutting them last month due to the coronavirus outbreak.

4. 80% of cases are mild
The disease causes no or only mild symptoms in 81% of cases. In the remaining 14 %, it can cause severe pneumonia, and in 5 %, it can become critical or even fatal.

5. People get cured
The data shown in the media is the increase in the number of confirmed cases and the number of deaths, but most infected people are cured. There are 13 times more patients cured than deaths, and the proportion is increasing.

6. COVID-19 Affects minors a lot less than other virus
So far, according to the records of doctors and hospitals around the world 3% of cases occur in children and mortality in people under 40 is only 0.2%. In minors, the symptoms are so mild that they can go unnoticed, which is why they can spread the virus to others very easily.

Frequent handwashing with soap and water is the most effective way to prevent infection.

8. There are already more than 150 scientific articles
It’s time for science and cooperation. In just over a month, you can consult hundreds of articles in the WHO on COVID19 or SARSCov2, in addition to many others available in the repositories of articles not yet peer-reviewed (pre-prints). All these articles are preliminary works on vaccines, treatments, epidemiology, genetics and phylogeny, diagnosis, and clinical aspects.

The articles have been written by nearly 700 authors from all over the world. It is common, shared, and open science. In 2003, when SARS occurred, it took more than a year to obtain less than half the number of articles.

Also, most scientific journals have left their coronavirus collections open.

9. Prototype vaccines are now available
The world’s ability to design new vaccines is spectacular. There are already more than eight projects against the new coronavirus. Groups are working on vaccine projects against other similar viruses, and now they are trying to change viruses.

What can prolong their development is all the necessary evidence of toxicity, side effects, safety, immunogenicity, and protective efficacy. Therefore, there is talk of several months or years, but some prototypes are already underway.

For example, the Modern company’s mRNA-1273 vaccine consists of a fragment of messenger RNA that encodes for a protein derived from glycoprotein S on the surface of the coronavirus. This company has similar prototypes for other viruses.

Inovio Pharmaceuticals has announced a synthetic DNA vaccine for the new coronavirus, INO-4800, also based on the S gene on the surface of the virus. Sanofi will use its recombinant baculovirus expression platform to produce large amounts of the new coronavirus surface antigen.

The vaccine group at the University of Queensland in Australia has announced that it is already working on a prototype using the so-called molecular clamp technique. This novel technology involves creating chimeric molecules capable of maintaining the original three-dimensional structure of the viral antigen. That will allow the production of vaccines using the virus’ genome in record time.

Novavax is another biotechnology company that has announced its work with the coronavirus. It has a technology to produce recombinant proteins that are assembled into nanoparticles and, with an adjuvant of their own, are powerful immunogens.

In Spain, it is the group of Luis Enjuanes and Isabel Sola from CNB-CSIC, who have been working on coronavirus vaccines for years.

Some of these prototypes will soon be tested in humans.

One that has already been tested in humans is Remdesivir, a broad-spectrum antiviral still being studied that has been tested against Ebola and SARS/MERS. It is an analog of adenosine that is incorporated into the viral RNA chain and inhibits its replication.

Another candidate is chloroquine, an antimalarial that also has potent antiviral activity. It is known to block infection by raising the pH of the endosome needed for the virus to fuse with the cell, thus inhibiting its entry. This compound has shown to block the new coronavirus in vitro. It is already in use in patients whose virus has caused pneumonia.

Lopinavir and Ritonavir are two protease inhibitors used as antiretroviral therapy that inhibit the final maturation of the AIDS virus. The SARSCov2 protease has shown to be similar to that of HIV; this combination has been tested in coronavirus patients.

Other proposed trials are based on the use of oseltamivir (a neuraminidase inhibitor used against the influenza virus) Interferon-1b (a protein with antiviral function), antisera from people who have already recovered, and monoclonal antibodies to neutralize the virus. New therapies have even been suggested with inhibiting substances, such as baricitinibin, selected by artificial intelligence.

At this time, the medical and scientific community in the world are working hard to find a way to help everyone. It is our turn to do what we have to do, even if that means some degree of discomfort. Please follow the instructions of the specialists.