Izamal a representation of the Cosmos

Among the important archaeological sites in the Yucatan, which have not been studied to its full extent, from the perspective of archaeoastronomy, is Izamal.

Archeoastronomy is a specialty of archaeology that studies the construction of buildings in ancient civilizations, where the passage of the stars on certain dates was recorded and observed from them.

The current Yucatan city of Izamal was, during the Mayan civilization, a transcendent metropolis and an important place of worship of Itzamná, a creator god, and of Ixchel, the goddess spouse of Itzamná. Its heyday was during the seventh to eleventh centuries AD, and this city was visited by pilgrims from various parts of the Mayan area. 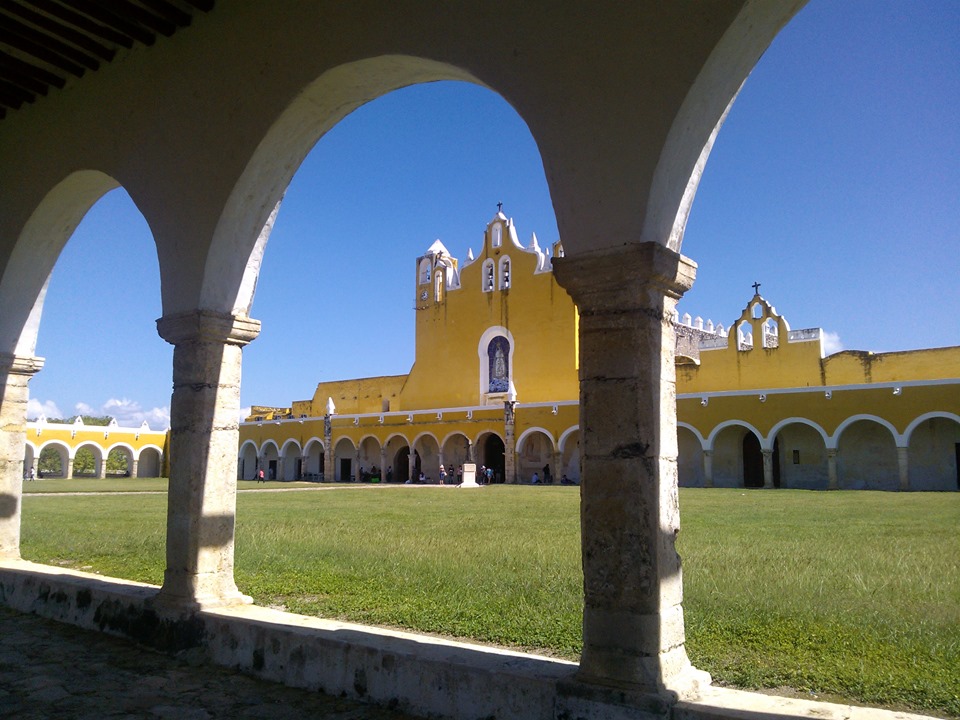 Izamal means “dew that falls from the sky,” and today, it is a colonial town located in an archaeological zone, in which five pyramids of different sizes, call the attention for the orientation that they present and the apparent relationship that they would be having between them. Derived from the position that each one occupies in this site where they were built.

These buildings are Kinich Kak Mo, Ppap Hol Chac (where the Franciscan convent is located today), Kabul, Itzamatul, and The Foundation. Unfortunately, the pyramids were destroyed to a greater or lesser degree since colonial times, due to the extraction of stones, for the construction of homes, and looting throught the years.

The initial studies carried out in Izamal allow us to say that the orientation is given to four of these buildings: Kinich Kakmó, Kabul, Itzamatul, and The Foundation, on a north-south axis, form a rhombus.

This figure was in the Mayan civilization a representation of the cosmos: the four corners of the world – four of the five pre-Columbian Mayan cardinal points: north, south, east, west and center -, held by the Bacabes – protective gods -, each with a different color for each cardinal point: white for the north, red for the east, yellow for the south and black for the west, corners where the ancient Mayans also believed there was a ceiba tree with a bird on top of it.

In the pyramids of Izamal, it is possible to observe this Pre-Cartesian conception of the five cardinal points, forming a rhombus. In the center of that cosmogonic rhombus, there was the fifth cardinal point, the axis Mundi, the axis, the center of the world, represented by another kapok tree. In the case of Izamal, it is observed that although it is not in the center of the cosmogonic rhombus, but inside it, there is the Ppap Hol Chac, pyramid where today the Franciscan convent stands,

This cosmic symbolism of the pre-Columbian Mayan cities had already been pointed out by various researchers. However, there are very few tangible demonstrations of this fact, supported by evidence of the distribution and orientation of some of the buildings of these ancient Mayan cities. 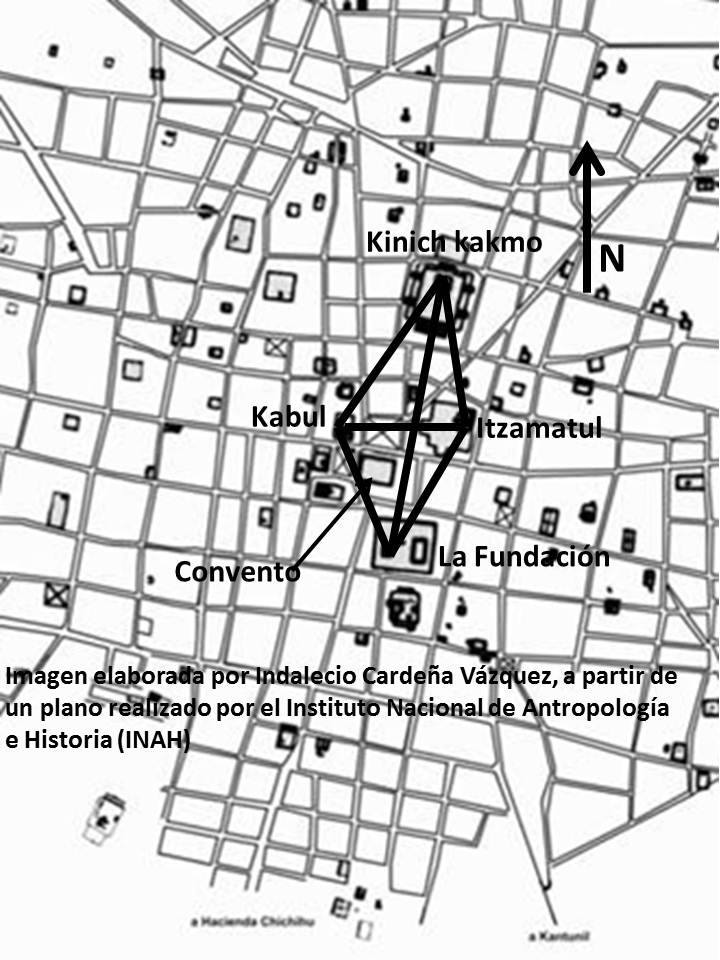 In the case of Izamal, the cosmogonic representation that is possible to observe in the site, through the vestiges of some of the pyramids that are still preserved, had not been pointed out until this moment. 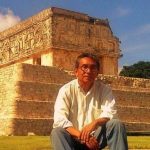 He has collaborated with the “Unidad Yucatán de la Dirección de Culturas Populares”, Instituto Nacional Indigenista and was the director of the Pinacoteca “Juan Gamboa Guzmán” of the INAH

Among his anthropological works are the iconographic analysis of the colonial sacred art of the Yucatan Peninsula; the symbolisms in the facade of Conquistador Montejo’s house, in Mérida; the Mayan symbolism in the Yucatan Cathedral and the archaeoastronomy among the Mayans.