Attack in Valle de Bravo, Mexico “revives” the legend of the Chupacabras

The news of the attack caused a great impact on social networks, where countless users published their hypotheses… Including “The Return of the Chupacabras.”

VALLE DE BRAVO Mexico (Times Media Mexico) – Mauricio Osorio Domínguez, mayor of Valle de Bravo, State of Mexico, reported that the body of a 54-year-old taxi driver, with deep wounds and torn clothing, was found on March 1. The cause of death was the attack of a “carnivorous and dangerous” animal. Immediately after the announcement, fear spread among the population, to the extent that basic education classes have been suspended.

While research suggests that the attack was perpetrated by a lion or a Bengal tiger that allegedly escaped from a nearby ranch, the mayor also does not rule out that it was caused by some other type of big cat or a pack of wild dogs that live in the forest area.

This mystery has intrigued many people on social networks, who published various hypotheses, including, of course, the legend of the “Chupacabras.” 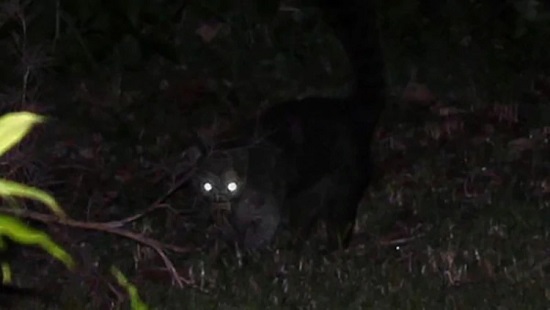 In mid-1996, one of the main topics of conversation in Mexico was the appearance of a strange creature that sucked the blood of horses, chickens, sheep, and pigs, although its favorites were goats, hence its name.

The Chupacabra was described as a short alien with red, bulging eyes, pointed ears, spikes on its back, long fangs, and claws with which it captured its victims. Some said it was half man and half-bat, that it jumped like a kangaroo and even flew.

The name was first heard of on the island of Puerto Rico in 1992 when a man named Madeley Tolentino claimed to be his victim.

Little by little, the Chupacabras began to migrate through the different countries of Latin America, where the media began to show numerous images of animals bleeding to death with bites from the Chupacabra’s fangs.

In Mexico, it became popular in 1996, when tv stations spread the rumor during the broadcasts, as well as in the written press.

The Mexican version of the “alien” cattle killer began to feed on drama, and the testimonies of supposed human victims were present: attacks in cities like Tijuana, Los Mochis, Chihuahua, Texcoco, and other places in the Mexican Republic.

The hysteria reached such a degree that in several towns, brigades were created to hunt the beast: men and women armed themselves with machetes, guns, and shotguns to go around the corrals. The searches were unsuccessful, and all that was found were more dead animals, all with the typical print: two deep holes in the neck.

Finally, the experts went into action and explained that the attacks were produced by pumas, jaguars, or coyotes that, in the absence of food in their natural habitats, were looking for it in the ranches.

Then the media phenomenon began to be criticized by different voices. The then-recent assassination of the presidential candidate of the Institutional Revolutionary Party (PRI), Luis Donaldo Colosio, as well as the devaluations and authoritarianism of the PRI regime, seemed to be the perfect excuse for the staging of a distracting drama, being used as a metaphor referring to former president Carlos Salinas de Gortari and the corruption problems of the political class.

The “alien” cattle killer became a sensation… so famous that, if Twitter had existed at that time, it would have undoubtedly been a trending topic on more than one occasion. A band named “The New York Band” formed in 1986 by Dominicans living in New York, even composed a song for the creature and to the rhythm of merengue, The Chupacabras got everyone dancing at parties.

According to the American linguist and philosopher Noam Chomsky, distraction is one of the strategies of political and social manipulation; it aims at taking people’s attention away from the really important problems, generating problems that excite them emotionally. This phenomenon has been studied by sociologists and psychologists.

With so much happening in Mexico right now… who knows, this might be, like in 1996, a distraction from reality… unless, of course,  “The Chupacabras” is back (evil laugh).