AMLO´s approval ratings are in freefall

MEXICO (Times Media Mexico) – Andrés Manuel Lopez Obrador approval ratings are in freefall. Four poll companies’ studies show a significant decrease in the president ratings. The support of the elderly with a pension and fighting corruption is the best thing this government has done, according to the poll from De las Heras.

De las Heras-Demotecnia study shows that in 15 months of his administration, Andrés Manuel López Obrador has lost 18 approval points, dropping from 80% at the start to 62% now.

Meanwhile, the pollster noted that the president’s disapproval increased from 14% at the beginning to 29% now.

Respondents said that the best thing this government has done is to provide pension support to the elderly (18 percent) and fight corruption (12 percent).

When asked about the worst thing about this administration, most highlighted the fight against crime and insecurity.

From March 2019 to March 2020, President Andrés Manuel López Obrador’s approval rating is in freefall according to multiple surveys presented, including those of Grupo Reforma, which coincides with the parallel survey published by De las Heras Demotecnia and Mitofsky. 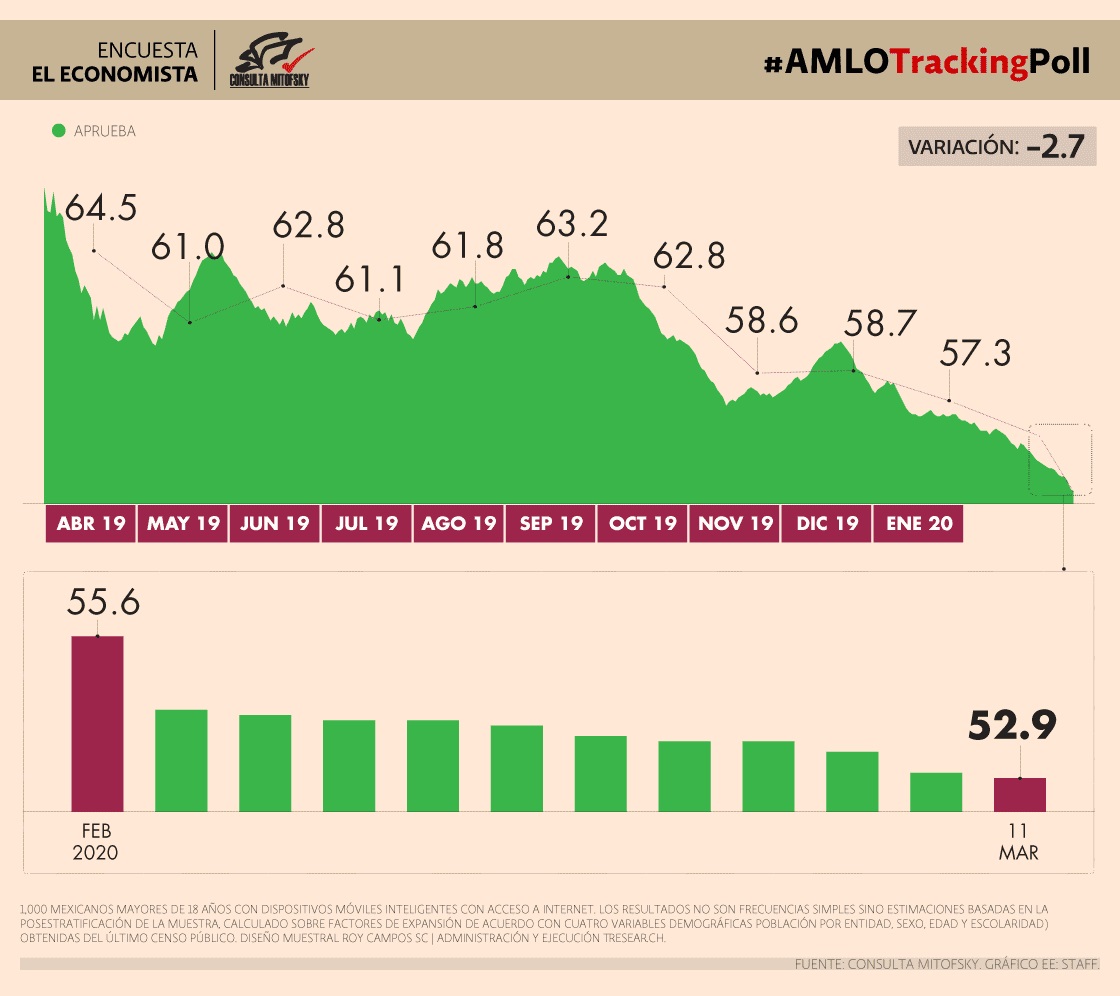 According to the poll, in March 2019, 78 percent of Mexicans approved of the president’s performance, while in March of this year, only 59 considered the president to be performing well. Meanwhile, disapproval increased by 17 percent in that period, from 18 percent in 2019 to 35 percent in 2020.

According to the study, 55 percent of Mexicans are confident that the president is making positive decisions, but 42 percent doubt it.

Most see government inefficiency in managing the economy and insecurity and see only successes in fighting corruption.

Other polls
Buendía & Laredo noted that the president’s approval rating was 62% in February 2020, down from 85 a year earlier, a drop of 23 points. Mitofsky indicated that López Obrador’s approval rating is 54.2%