The parrot of Santiago.

A few years ago, Nigel ran away from home. It was 2015. He lived in Torrence, California, but had a thick British accent. They didn’t hear from him for four years, until, out of the blue, he returned. However, something in him had changed: his Shakespearean way of communicating was now peppered with some Spanish words.

Nigel, a grey African parrot, crossed the border, heading south, and arrived at a Mexican house that adopted him. The home of the Hernandez-Smith family. Later, he became homesick and returned.

An African parrot, or yaco, costs about fifty thousand pesos; this species is characterized by being very talkative and is known for its extreme intelligence.

One of these birds, named Alex, even developed the intelligence of a five-year-old child. He could identify objects, numbers, colors and shapes, and distinguish between “big” and “little”, “same” and “different”. He had a vocabulary of 150 words of his own. He would say “I’m sorry” if he made a mistake and ask “I want to go back” (to the cage) when he was tired.

When he said goodbye, he asked his friend and teacher Irene Pepperberg, “Will you come tomorrow? Those were precisely the parrot’s last words, before dying suddenly from a heart attack or an arrhythmia in the middle of the night. His obituary was the most widely read in 2007 in newspapers such as The Guardian: “Alex, the grey African parrot who was smarter than the average American president, has died at the age of 31”. 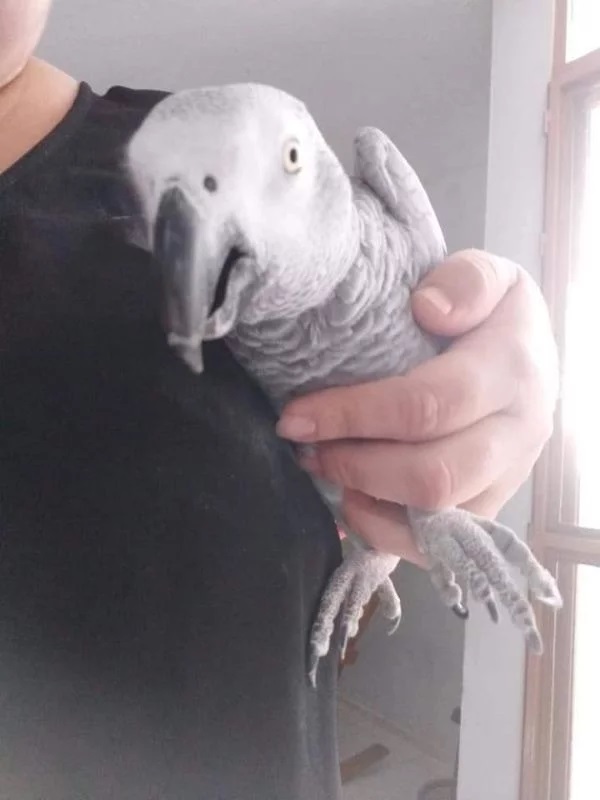 On the eve of St. Valentine´s Day, three guys dressed in black broke into a hotel located in the Santiago neighborhood, in the heart of Merida’s historic center: one was fat and dark; another was tall, skinny and had a star tattoo on his head; and the other wore a wrestler’s mask – the police chronicles do not specify which mask. They beat and gunned down the doorman at night, and took a five-thousand-peso loot… And the parrot named “Graybird”.

This yaco was donated to the hotel “by a wealthy woman,” according to testimonies, and was one of the most beloved characters in the area; Graybird’s yellow eyes cast more than one complicit glance at those who loved him… which received from him in return meows and other sounds of animals.

After his robbery, the employees of the place and many of his guests were overcome by a deep and profound sorrow, which they recovered, suddenly, when they received the good news: Graybird was rescued the day before yesterday in Chetumal, Quintana Roo, by investigating agents of the Secretariat of Public Security (SSP). At this point in time, there are five people are being held.

Pablo A. Cicero Alonzo
8AM