In Mazatlan people live in terror of violence

The governor said they have focused on increasing security for the tourism, however, people in Mazatlan live in fear of violence.

MAZATLAN, Sinaloa (Notimex) – In light of the brutal increase in high-impact crime in the city of Mazatlán, one of Mexico’s most important touristc poles and the state of Sinaloa in general, leaders of the business chambers are analyzing the proposal to install working tables to deal with the insecurity.

In this way, they would be contributing to strategies to make the tourist pole and all of Sinaloa a state with less crime.

The director of “Building Spaces for Peace”, Javier Llausás Magaña, explained that this measure has already been applied in other entities, which has brought them benefits. “In Mazatlan people live in terror of violence. The issues to be addressed would not only be crimes related to trade, but would be looking for strategies to reduce feminicide, homicide, rape, domestic violence, vehicle theft, burglary and trade”.

In order to carry out the proposal, it is necessary to carry out previous training in security matters for the leaders of the chambers that would be integrating them. 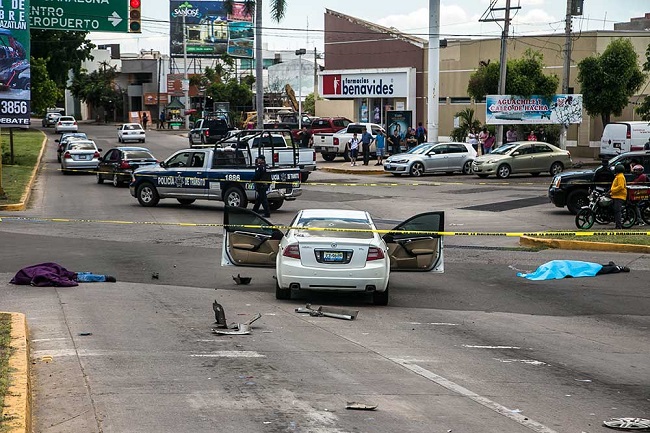 As well as programming the sessions that would be held, it is expected that the table will be installed in Sinaloa at the end of this year.

The officials of the State Attorney General’s Office, the State and Municipal Public Security Secretariat, who are responsible for crime prevention will be contributing to these roundtables so that society and the Government can work in a coordinated manner. “It is a successful program in other entities, problems have been solved with the security and justice tables; in addition, in crisis situations emerging tables would be made,” explained Llausás Magaña.

The president of Intercamaral Culiacán, Mario Medina, said that all the businessmen from the different sectors will join the project, so they will begin by reviewing the crime rates from a five-year period, in order to make the comparison and review the actions that the authorities themselves are taking to combat insecurity. This in order to improve trade, commercial activities and revalue the prices of properties that have fallen.

“Work of this type has already been done, and we know that every week the City Council has security tables, like the state, so we will begin the agreements to make the installation of the table in a formal manner when we are ready,” said the businessman.

Meanwhile, Mazatlan remains a tourist pole with high levels of violence and insecurity.