“A day without women”, the name of the national women’s strike in Mexico

In view of the increase in violence against women, girls and adolescents, several organizations are planning a national strike on March 9th.

MEXICO CITY: The Association “El día después” is calling on women and children to demonstrate against feminicide and the violence that has occurred in recent days in Mexico. 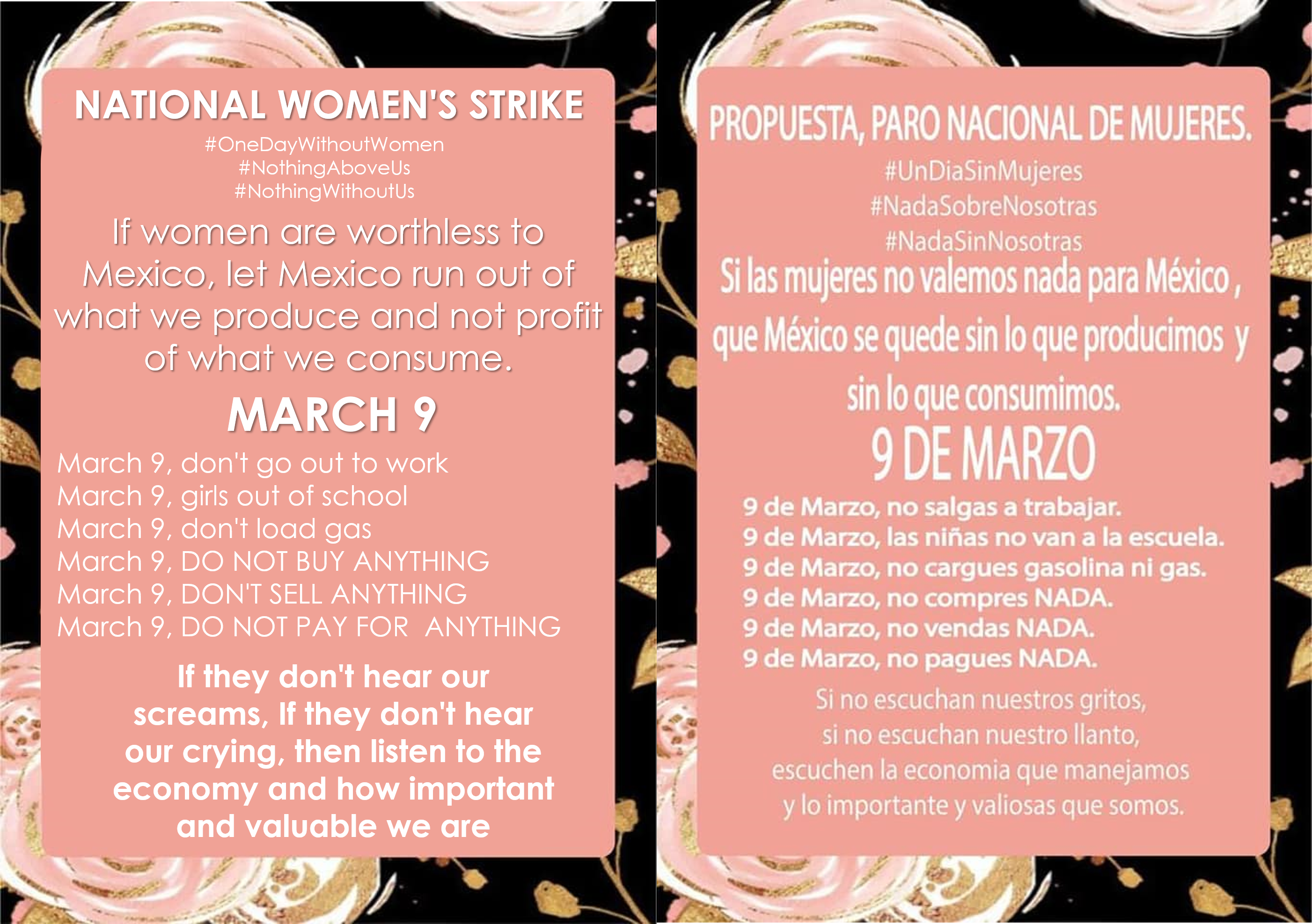 With the hashtag #ParoNacional (National strike) and #UnDíaSinMujeres, (a day without women) the goal is that on March 9th, all women and children nationwide will be “absent” from the life of the country, that is, they will not show up at their work or school.

For those women who cannot be absent from their work, “El día después” Association and its supporters pointed out the correct way to show solidarity.

With the message “El nueve nadie se mueve” (On the ninth nobody moves) it is hoped that the population at national level will join this protest to generate awareness.