Yucatan with a confirmed case of coronavirus

MERIDA Yucatán – Yesterday, while President Andrés Manuel López Obrador was reporting a possible case of coronavirus in Tamaulipas, in this city of Mérida, a woman had tested positive for HKU 1 coronavirus disease, according to Diario de Yucatan/Megamedia. Sources of The Yucatan Times in Clínica de Mérida, who request anonimity, confirmed Diario de Yucatan information.

The human coronavirus HKU1 (HCoV-HKU1) is a positive-sense, single-stranded RNA virus with the HE gene, which distinguishes it as a group 2, or Betacoronavirus. It was discovered in January 2005 in two patients in Hong Kong.

In Merida, it is a 58-year-old woman who was admitted to the “Clinica Merida” after presenting with pneumonia, although the doctors’ first suspicion was coronavirus. The laboratory results confirmed that it is the coronavirus HKU 1.

It is not known how the patient acquired the virus, since according to her family members, in the previous weeks she had not gone out on trips or visited any tourist sites, although during the December season she had been shopping in Merida´s downtown.

Her relatives say that the woman had been in good health until Thursday, January 9, when she began to have difficulty breathing and was immediately taken to the clinic, where they were first told that it was pneumonia, although some time later, coronavirus was confirmed.

The woman was initially in the emergency area of the clinic, where she was assisted by a doctor who told her family she was very ill, and her situation very serious. Later, she was moved to an isolated room and was treated by a specialist, who gave her another type of treatment.

She is now stable, but isolated and does not receive visitors other than her husband and daughters. The patient has oxygen at all times because she cannot breathe on her own and cannot hold a conversation because she gets exhausted. She is receiving pulmonary therapy so that her lungs can expand and become normal.

The family has already been interviewed by staff from the State Health Secretariat, who told them that it is necessary to increase prevention measures, disinfect common areas such as the bathroom and kitchen, use mouth guards and try not to touch eyes, nose and mouth, although for the moment it is not necessary to have tests done.

A Yucateco in China

Alexander Palomo, a contributor to The Yucatan Times, has lived in China for more than 3 years. He shared with this news site his experience and perception about the situation regarding the Wuhan coronavirus issue.

He tells us that there is no perception of panic or something out of control in Beijing, where he currently is, but he does tell us that placing 11 million people in quarantine, is a matter to consider. This quarantine is perceived by the Chinese population as a heroic act and an enormous sacrifice by the Wuhan people. 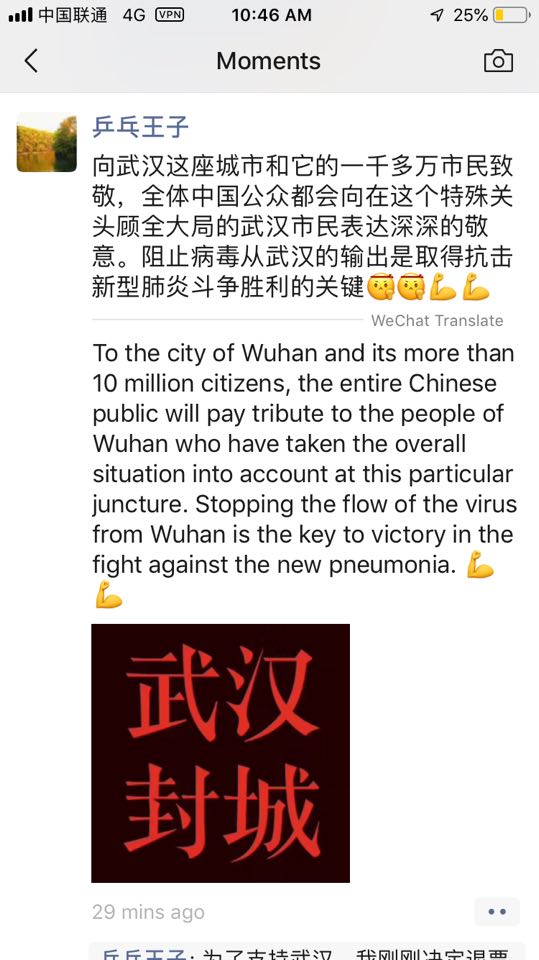 Alexander explained to us that the government of China does not see this problem as it was with the SARS epidemic and gave us the following recommendations that the Chinese government is giving to its inhabitants:

Alexander Palomo, is a contributor to The Yucatan Times. He currently lives in the Guizhou province while studying his doctorate degree in international law at Guizhou University.

Is there any danger in the Yucatan Peninsula?
While Yucatan and Campeche have a low influx of travelers from Asia, Cancun and the Riviera Maya have a robust influx of Asian visitors. This is why security measures have been implemented at the airports, including several sanitary filters.

The Federal Health Secretariat and the International Health Organization have not decreed an alert against the coronavirus in Merida, but in view of concerns about its spread, the airport administration is applying the preventive surveillance protocol more strictly.

Direct flights from China depart out of CDMX, Tijuana and Monterrey, and at those airports passengers make the first contact in Mexico. These airports apply international security protocols.

Pilots at Mexican airports that have direct flights to China have to report the documentation of the aircraft, say where it comes from, where the travelers are from, in what state they arrived in the country and passengers are received by health agents at the door of the plane.

If the captain or the crew report that someone is coming with symptoms of cough and fever, at that time the Health Secretariat applies another protocol. If the traveler with those symptoms comes from the United States, another type of protocol is applied and a survey is conducted to find out if they had contact with animals or sick people or if they were in hospitals. Mexico is carrying out security health protocol on airports and all international flights.

Meanwhile… the world remains on alert.