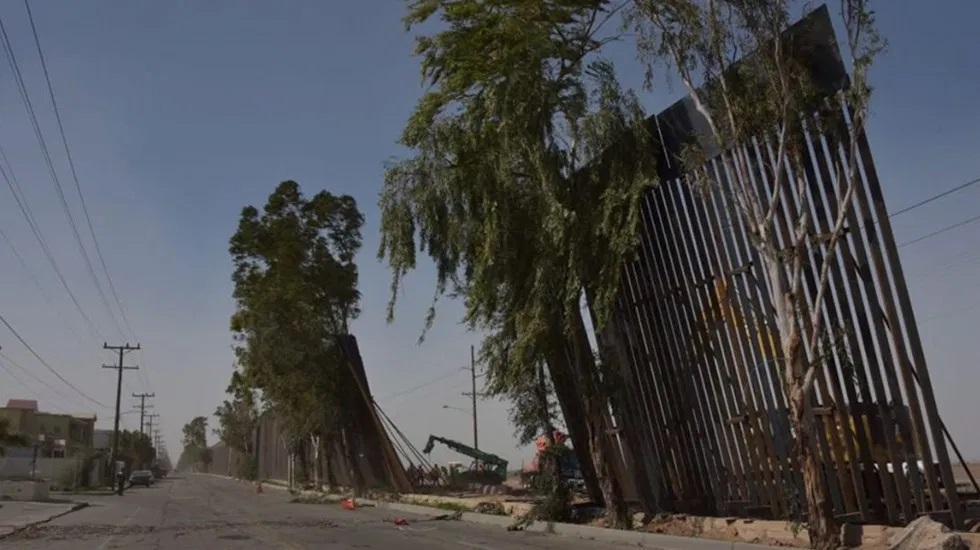 Last December, the replacement of the steel fences that divided Mexico and the United States began, following Trump’s promise to build a new wall.

According to Civil Protection of Mexicali, the wind blew between 35 and 38 km / h, which caused the border steel division to be overcome.

At least 30 meters of the new wall were affected; one part fell on Mexican territory and another part was contained by trees in the US area.

Carlos Pitones, from the U.S. Customs and Border Protection Office, explained that “the panels did not withstand the winds”. After the fall of the wall, Mexican and U.S. authorities coordinated efforts to remove the structure and secure the area.

No injuries or damage to private property were recorded.