The United States imported more than 2.1 billion pounds of Mexican avocados in 2019

Dallas, Texas – We all can’t deny that guacamole is a favorite dip of choice for most consumers. That’s why Avocados From Mexico (AFM) is returning to the Big Game for the sixth year in a row to not only fill viewers’ (and eaters’) bellies, but entertain during the Super Bowl with a new, humorous 30-second commercial that celebrates the American avocado obsession on Sunday, February 2, 2020.

“Avocados From Mexico sources more than 80 percent of Americans’ avocado obsession; this is a story worth showcasing to 112 million viewers and an opportunity we couldn’t pass up this year,” said Alvaro Luque, President. “We look forward to being part of a big day in the marketing world and the country at large while reminding consumers that Avocados From Mexico are healthy, delicious, and always in season.” 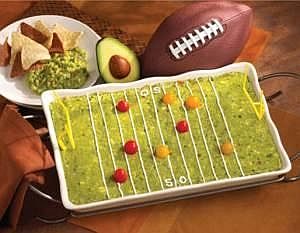 Since AFM debuted its first ad during the Big Game in 2015, the brand has highlighted its origins in Mexico, the fruit’s versatility and value, as well as the fact that Avocados From Mexico are always in season and Always Worth It.

“We have really found our sweet spot with Big Game viewers, and we look forward to delighting avocado fans nationwide with what will be a really fun spot,” said Kevin Hamilton, Head of Brand Marketing, PR, and Strategy. “Our fully integrated campaign builds on what we’ve done before: engaging existing avocado lovers while highlighting for new consumers that Avocados From Mexico are Always Worth It.”

For the first time, AFM will not only be in a commercial during the Big Game, but it will also be available for consumption at Miami Hard Rock Stadium. Ticket holders will have the opportunity to enjoy guacamole and mouth-watering tacos at Tacos Por fAVOr, AFM’s avo-centric concession stand in the stadium.

“Our concession stand at Miami Hard Rock provides consumers with fresh and healthy avocado items, giving them something innovative and healthy to enjoy while at the Big Game,” said Luque. “Just like our 360-degree campaign approach, we will not only broadcast on viewers’ screens, but we will also be in person at the stadium as well as Big Game parties nationwide.”

To take a look back at Avocados From Mexico’s commercials throughout the years, check out the full press release.