The Chichén Itzá series (5) – The Castle

The Yucatan Times presents part V and last, in its new “The Chichén Itzá series” bringing you a closer look on the history of the  main sites and buidings of this amazing new wonder of the world.

Located in the center of the Great Square stands “El Castillo” (the castle in Spanish). This is the most famous landmark of Chichén Itzá. It was dedicated to Kukulkán the feathered serpent god.

Chichen Itza was founded about the sixth century, presumably by the Maya people of the Yucatán Peninsula. However, there is evidence of a 10th-century invasion by foreigners, probably also Mayan speakers but with a strong influence of the Tolteca of central Mexico. It is believed that the invaders were responsible for the construction of El Castillo, now known, it was constructed on top of a body of water known as a cenote, formed by a sinkhole in limestone formations.

El Castillo/the castle represents the “Snake Mountain”, a mystic place in Maya folklore where creation first occurred, all of this gathered in the Popol Vuh , or Book of the People , is a collection of narratives containing the myths and historical facts of the Maya, and is based on the manuscript of the Dominican priest Francisco Ximenez.

As we have mentioned before, unfortunately, most of the Maya literature and writings were destroyed during the invasion of the Spanish in the 18 th century, making the Popol Vuh an invaluable piece of knowledge.

Since the Maya were great mathematicians, inventing the concept of “zero” long before western civilizations, as well as great astronomers, El Castillo is a perfect duo of these two sciences.

The Castle consists of nine graduated layers stacked on top of each other. Each one is decorated with rectangular panels, 52 visible on each face. Each face has its own staircase, but the northern-facing one has two large serpent heads, representing the god Kukulcan, at the base. This is the staircase that faces the Platform of Venus as well as the Sacred Cenote.

The temple contains many references to the important Mayan calendar. Each of El Castillo’s four sides has 91 steps which, when added together and including the temple platform, equals the 365 days of the solar year. Each of the nine terraces are divided in two, which makes 18, symbolizing the number of months in the Maya calendar. The terraces contain a total of 52 panels, referring to the 52-year cycle when both the solar and religious calendars converge.

During restoration of El Castillo in the 1930s, archaeologists discovered it had been built upon an earlier temple. Researchers estimated that this construction dates to the 11th century AD.

Since 2006, visitors are no longer allowed to climb El Castillo nor go inside of it. A small doorway situated under the northern staircase, leads to a small stairway, into a secret sanctuary… within the pyramid. 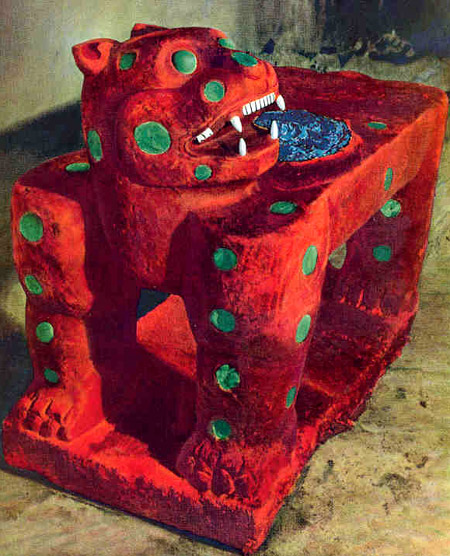 Under the assumption that the Maya frequently built temples on top of existing structures, Mexican archaeologists discovered the hidden chamber during the restoration of the castle. Archaeologists dug into the south side of the pyramid and encountered the side of an older pyramid. Then dug in from the north side and encountered the old structure’s only staircase. Digging upward, following the staircase, they uncovered a buried chamber at what must have been the pinnacle of the older pyramid.

What they found was in the center of a chamber, a perfectly preserved Chac Mool statue. The excavation also revealed another chamber beyond the first, and in the center archaeologists discovered the red jaguar throne. It is similar to the throne found in the Lower Temple of the Jaguar, though the head is facing a different direction. 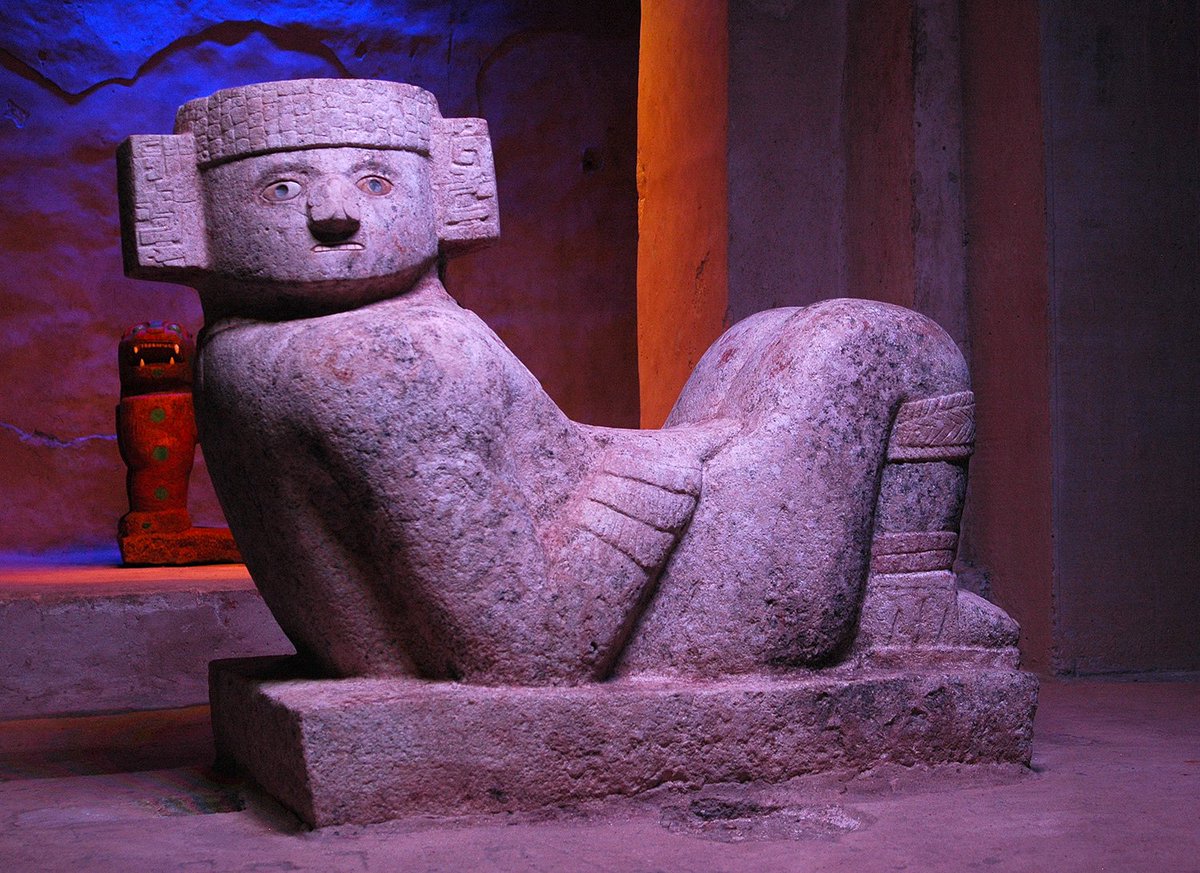 New discoveries.
In 2016 archeologists and scientists found a second pyramid hidden deep within the Kukulkan pyramid at the Mayan ruins of Chichen Itza. The pyramid is 10 meters tall (33 feet) inside two other structures that make up the pyramid also known as El Castillo, or the Castle. Earlier excavations in the 1930s had already revealed one structure inside the pyramid containing a red jaguar throne studded with jade.

Using a noninvasive imaging technique, researchers were able to look inside and discover a second substructure below the first one. A ramp was observed — most likely a small stairway — and the probable existence of a religious altar.

Rene Chavez Segura, a scientist at the National Autonomous University of Mexico, or UNAM, explained in an interview: “The structure that we have found, the new structure, is not completely in the center of the Kukulkan pyramid. It is in the direction where the cenote is. This could either confirm or hypothesize that the Mayans when they built this structure that they knew of the existence of this cenote.” 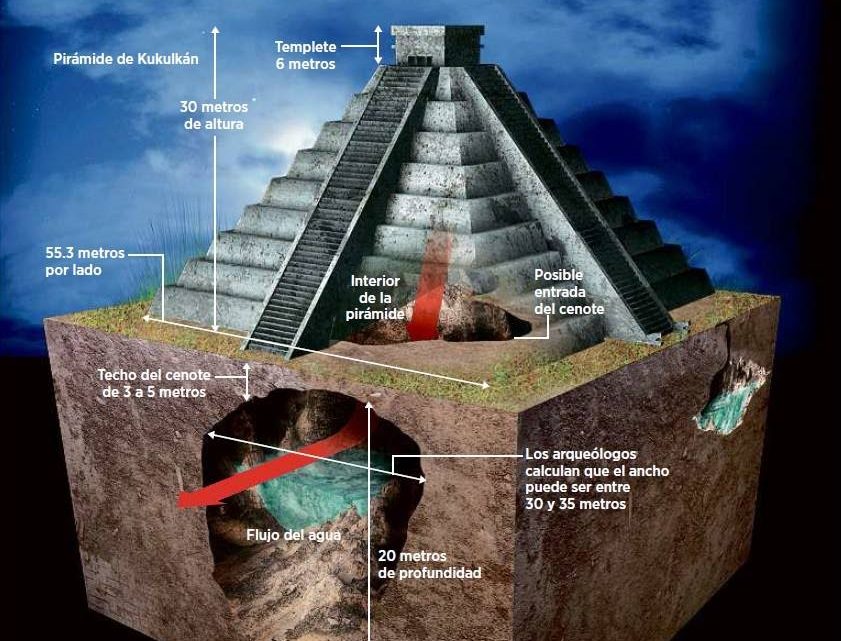 The recent field work in the area, completed in 2015-16, determined that the most important habitation period of Chichen Itza was divided into three eras: that of 550 to 800, corresponding to the era of “pure Mayas”; from 800 to 1000, a transitional period, when pilgrims from the center of Mexico arrived and began the Maya-Tolteca style; and a final stage of occupation from 1000 to 1300.

The structure discovered in the 1930s corresponded to the transitional period, and the one found now is from the pure Mayan style, according to the research team from the Geophysics Institute of UNAM’s Engineering School and the National Institute of Anthropology and History.

“If this could be investigated in the future, this structure would be significant because it would speak to the first few periods of habitation of the site and would provide information about how the settlement developed” said Denisse Argote from the National Institute of Anthropology and History.

The recovery of an ancient culture is always a task of enormous proportions and of course it is not without its mysteries, thefts and controversies… being Chichén Itzá perhaps the one with the most amount of tales around it, but, that, is another story. 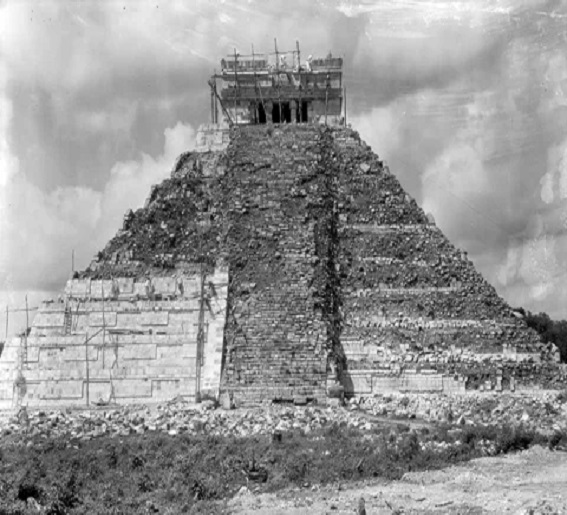 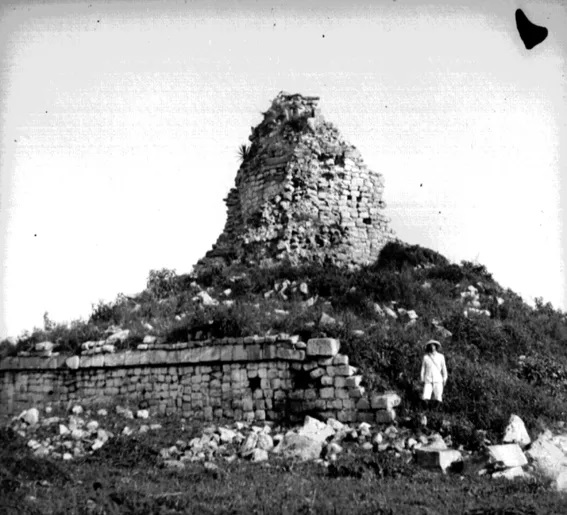 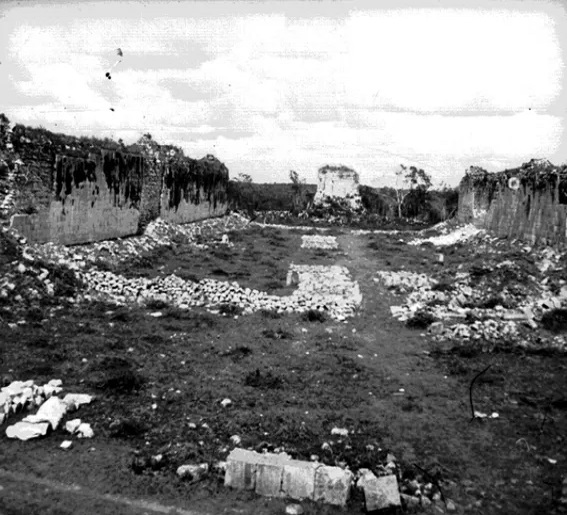