“Mérida, the safest city in Mexico, has a citizen agenda that is an example to follow in matters of security and public order, thanks in large part to the work of our police corporations”, said Mayor Renán Barrera Concha, presiding over the graduation ceremony of the 9th. Cadet generation of the Municipal Police.

In presence of families and friends of the 33 new graduates and accompanied by the representatives of the different armed forced corporations, the Councilor indicated that the new staff will reinforce the actions of the operational areas of Roads and Public Safety, strengthening surveillance in the first square of the city .

Mayor Renán Barrera noted that by having social proximity programs, the Municipal Police has contributed to position Mérida in a privileged place at national level in terms of security, registering only 22.8% in perceived insecurity, in contrast to the average of 71.3% in the rest of the country, according to the Urban Public Security Survey (ENSU) conducted in 70 major Mexican cities.

In his message, the mayor remarked that if something distinguishes Mérida in terms of security, it is precisely the prevention actions of the municipal police corporation, as well as the high quality human capital that integrates it, which forms the first link to build safe cities.

The taking of protest and oath of the new officers was in charge of the Mayor himself, who along with other authorities that formed the presidium, delivered awards and diplomas to the new police officers. 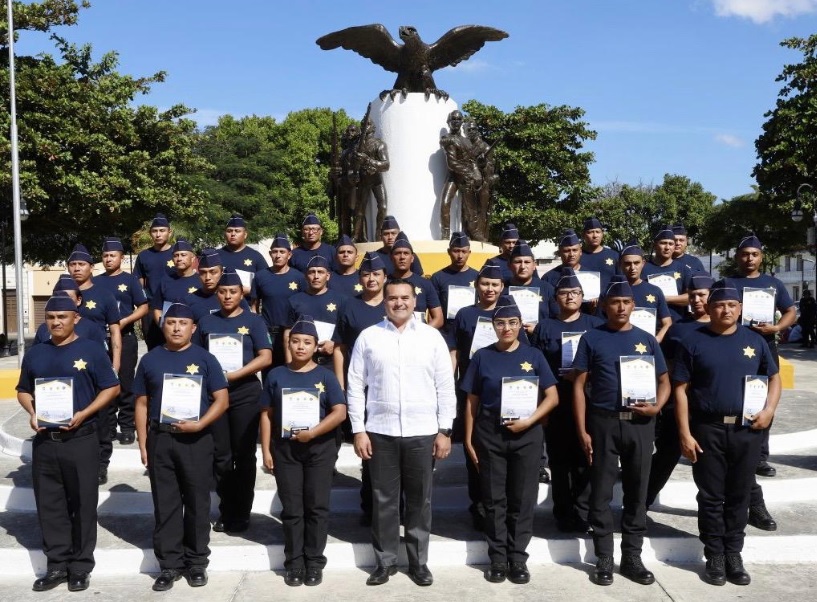