China goes from 1,372 to 2,744 in just 24 hours; the government admits shortages in equipment and keeps 51 million citizens under siege. The World Health Organization (WHO) is expectant.

CHINA (Agencies) – A dizzying rate of infection was recorded in China over the weekend, as the number of cases of contagion escalated by 50 percent in just 24 hours, an alarming figure compared to the direct predecessor of the coronavirus, SARS (Severe Acute Respiratory Syndrome), which killed 800 people in 2003.

Scientists noted that the virus adapts to humans much faster than SARS; it took three months for the virus to spread easily from human to human, but it took only one month for the coronavirus in Wuhan, considered the epicenter of the infection, according to George Fu, a Chinese epidemiologist working with authorities in Beijing. 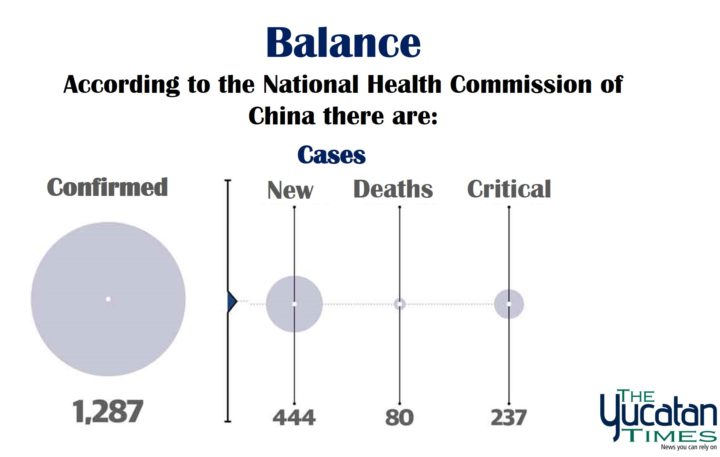 The facts
British epidemiologists estimate that each infected person transmits the disease to two or three other people.

Chinese President Xi Jinping warned yesterday of an “accelerated spread”, adding to concerns about the extent of a health crisis that, until yesterday, had claimed 80 lives and caused more than 50 million people in central China to be quarantined.

The virus’s behavior, however, has been less deadly than SARS, hence the World Health Organization (WHO)’s decision last week to take a step back to label the epidemic a global public health emergency.

The speed with which the new coronavirus is spreading would cause the WHO to reconsider this decision, so it will convene a new session to discuss the measure, which would force all governments of the world to take action.

Meanwhile, WHO Director-General Tedros Ghebreyesus will arrive in Beijing on Monday to talk to Chinese officials. In a tweet, he said he wanted to “strengthen our partnership” with China “to provide greater protection”.

At a press conference, Chinese Health Minister Ma Xiaowei reported that the virus is infectious, even during its incubation period, which means that a person can pass it on before experiencing symptoms.

The level of transmission of the coronavirus explains the increasing infection. A jump in the number of cases, like yesterday’s, is also expected this Monday, when China could report another 1,000 infected, Wuhan Mayor Zhou Xianwang predicted. 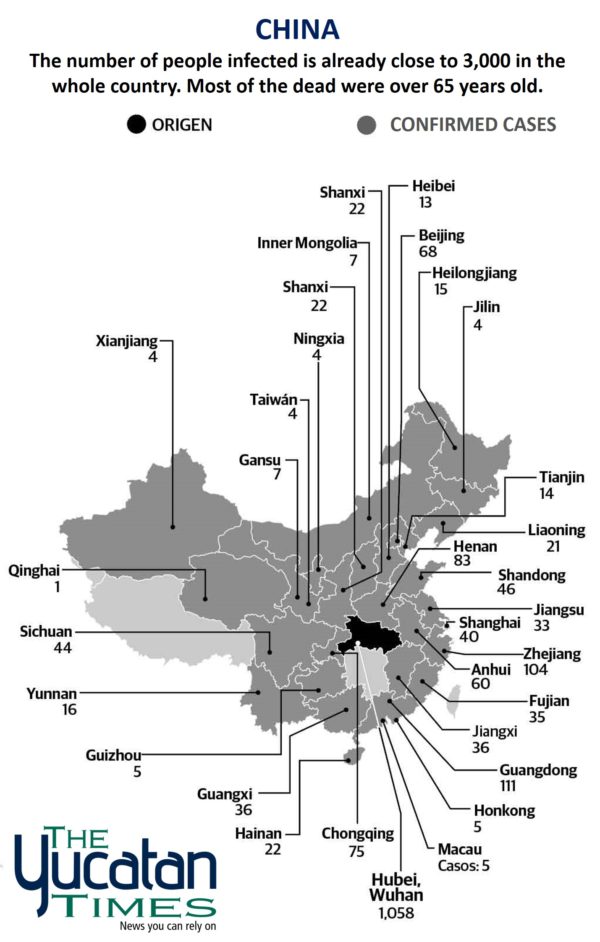 According to public health experts, the virus appears to be more serious than the one that causes the common cold, but less dangerous than the SARS virus. It does not appear to be as deadly as Ebola, but it is more easily transmitted.

A government group led by Prime Minister Li Keqiang, who is handling the epidemic response, proposed a “reasonable extension” of the Lunar New Year holiday, to ensure a “vital phase in the prevention and control of epidemics. Cities have already begun to implement such measures: in Beijing, schools were decreed to resume classes in mid-February and the manufacturing centre in Suzhou (East) banned the reopening of large companies before February 8.

Videos posted on social networks show how in adjacent regions the measures are extreme: use of bulldozers to destroy and block roads, thus seeking to discourage residents from travelling to infected areas.

National authorities also announced a ban on the sale of wild animals, after evidence emerged that the disease was transmitted from a market in Wuhan, which traded bushmeat from up to 112 species.

Yesterday, the Chinese Centre for Disease Control found large amounts of the coronavirus in samples taken from the seafood market. The vast majority of positive samples were taken from 22 stalls and one garbage truck. 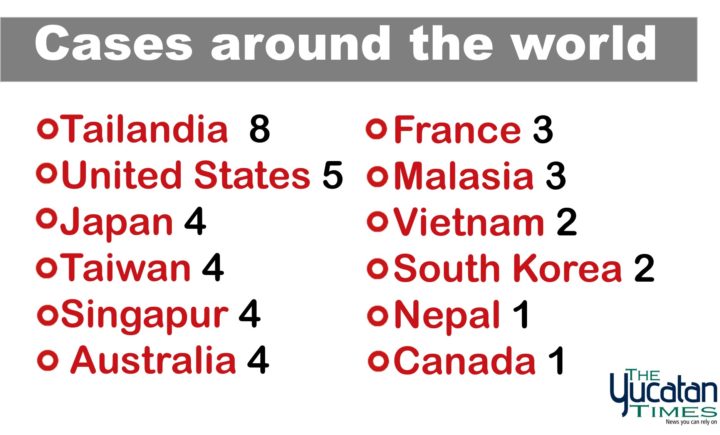 Hospitals at full capacity
The central government reported that it is working to gather manufacturers to send 100,000 hazmat suits and millions of face masks to Wuhan, where care facilities reported that beds are full and several doctors have begun to collapse from exhaustion.

Michael Einhorn, president of Dealmed, an independent distributor of medical supplies in the United States, said in a statement that if demand continues, the availability of masks will be “very limited” within 10 days.

The Chinese magazine Caijing reported that some clinics located in smaller towns were rationed with only six masks, and that large hospitals are one or two days away from running out of supplies.