1,700 possible cases of infection related to the new virus in China

So far, there are 1,723 cases of infection related to the mysterious coronavirus that has caused two deaths in China and many cases of pneumonia since December

LONDON UK (BBC) – British coronavirus experts’ estimate appeared in December to be higher than the 50 official cases, two in Thailand and one in Japan, all in people from the Chinese city of Wuhan.

There could be 1,723 cases of infection related to the mysterious coronavirus that has caused two deaths in China and many cases of pneumonia since December — far more than official figures for 50 confirmed cases in China, Japan and Thailand suggest. Scientists at Imperial College London sounded the alarm, according to an estimate that considers the fact that three have been “exported” abroad.

The respiratory disease appeared in the city of Wuhan in December. “I’m much more worried than I was a week ago,” said epidemiologist Neil Ferguson, one of the authors of a study that estimated infections in China based on the type of virus and the detection of some exported cases.

The work was done by the MRC Center for Global Infectious Disease Analysis at Imperial College London, which provides advice to such bodies as the U.K. government and the World Health Organization. 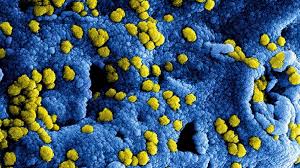 The crucial key to understanding the real scope of the problem lies precisely in the cases related to the new coronavirus found in other countries, reports the BBC. There have been two patients infected in Thailand and one in Japan.

Three European Union (EU) airports have direct air links to Wuhan, and there are indirect air links to other EU centers. But the ECDC, the European Centre for Disease Prevention and Control, provides reassurance about the risk of infection and concludes: “The probability of introduction of the virus into the EU is considered low”.

The alarm of the British researchers “is credible and should not be underestimated”. Moreover, it is the result of the work of a scholar of the caliber of Ferguson, one of the world’s largest model makers.

“Considering the cases found in Thailand and Japan, I also believe that the number of infections related to this virus may be higher than those detected so far” said Gianni Rezza, director of the department of infectious diseases at the Istituto Superiore di Sanità (ISS).

Infectious disease specialists have detected poor person-to-person transmission of the virus, believing that the epidemic seems destined to be limited to local spread.