The march against AMLO in Merida with very little affluence

MERIDA Yucatán, Mexico – For at least a couple of weeks now, various non-political groups and civil associations used social networks in order to call for a “nationwide demonstration” against the government of Andrés Manuel López Obrador for today, Sunday, December 1st, 2019. The appointment in Merida, the “Monument a la Patria” in Paseo Montejo, at 10:00 am. 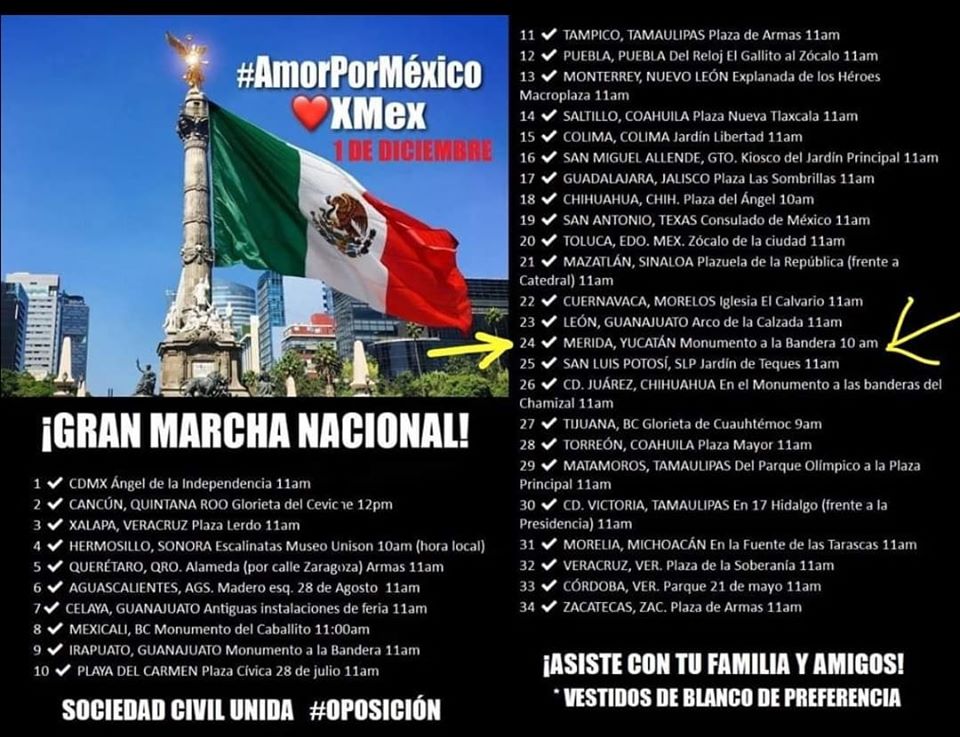 At the place, at the appointed time, a few people are gathered next to a table that is requesting the filling of a sheet of paper with questions related to López Obrador and his government e.g. how satisfied the person is with the government or if the elections were today, if the person would vote for AMLO again.

We talk to some of the people there, they claim not to be affiliated with any political parties. Most of them mention their concern about the violence in the rest of the country, they expressed their discontent with AMLO´s policy of “abrazos y no balazos” (Hugs not bullets)

At about 11:00 am, the people waiting at the sides of the “Monumento a la Patria” join a contingent of people who are walking from south to north, toward the designated place. A few have banners with slogans against the current government.

Among the shouts of “Fuera López” and “Fuera Morena”, a few hundreds of Yucatecos gather to join the march #AsiNoAMLO.

Most of the people are dressed in white. Men, women and a few children showed their discontent after the first year of mandate of Andres Manuel Lopez Obrador. 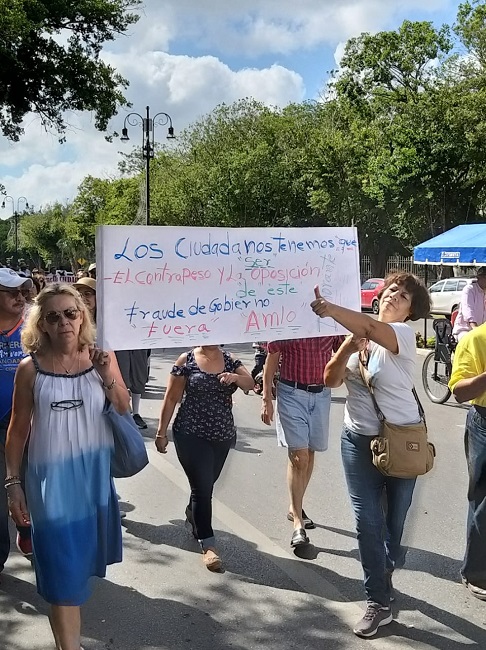 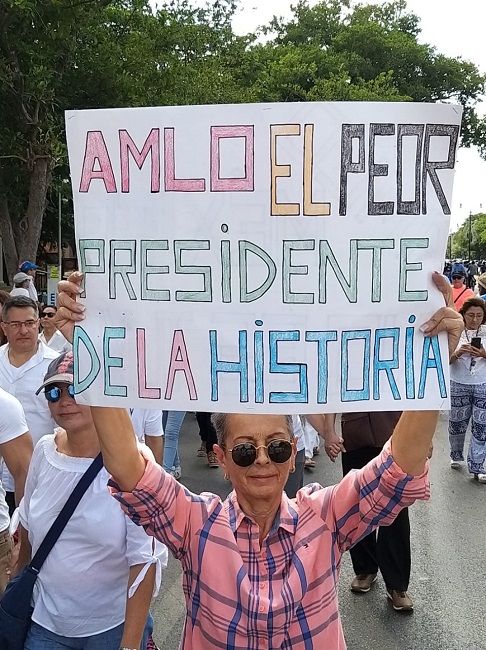 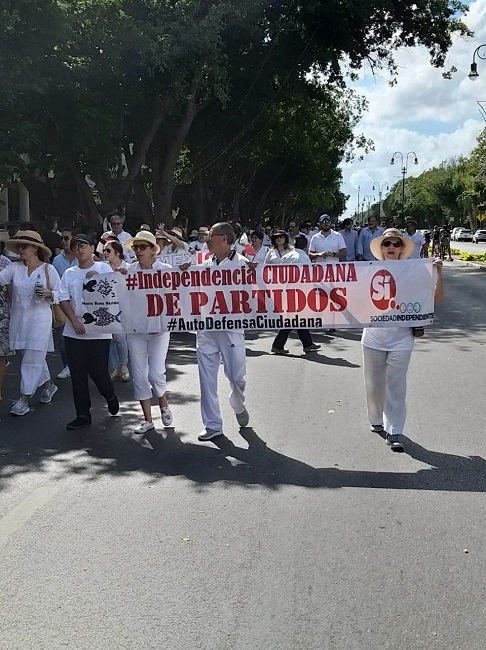 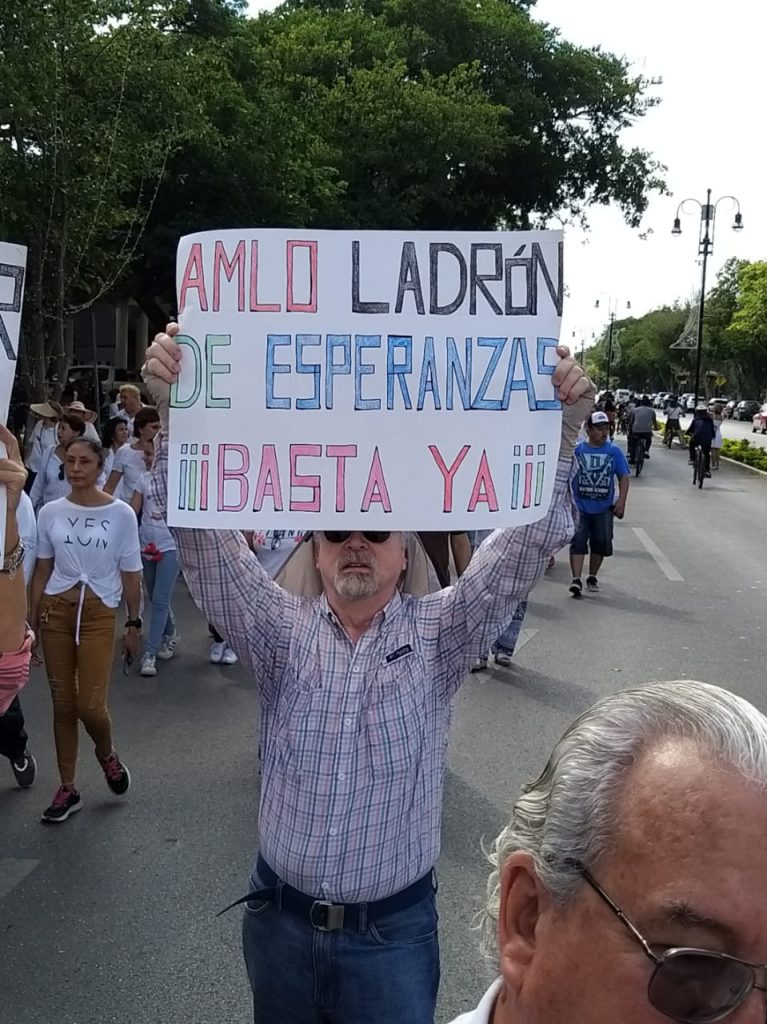 Once the group reaches the Monument, a lifeless rally begins, where a man, that most of the people there have no idea who he is, or what organization he represents, begins a speech about all the things that López Obrador has done wrong and from time to time, the demonstrators there, yell “Viva México” or “Fuera AMLO”. 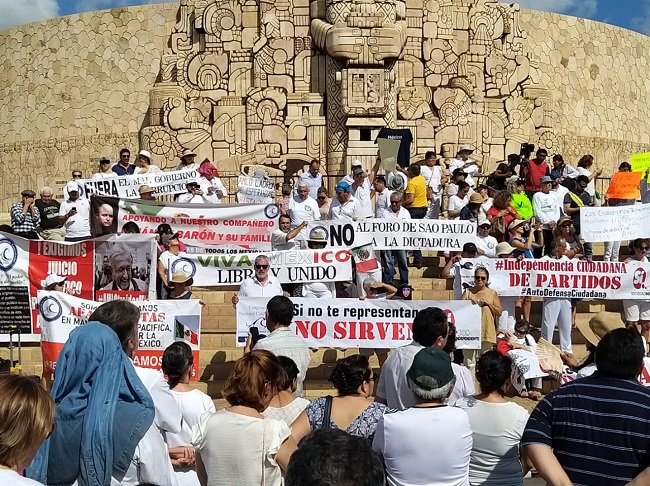 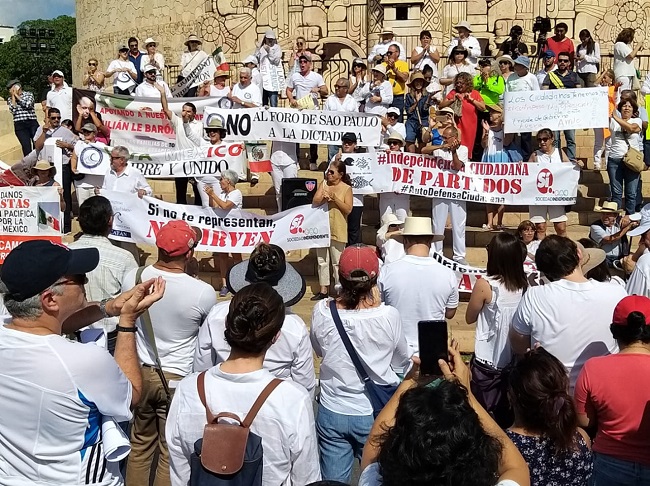 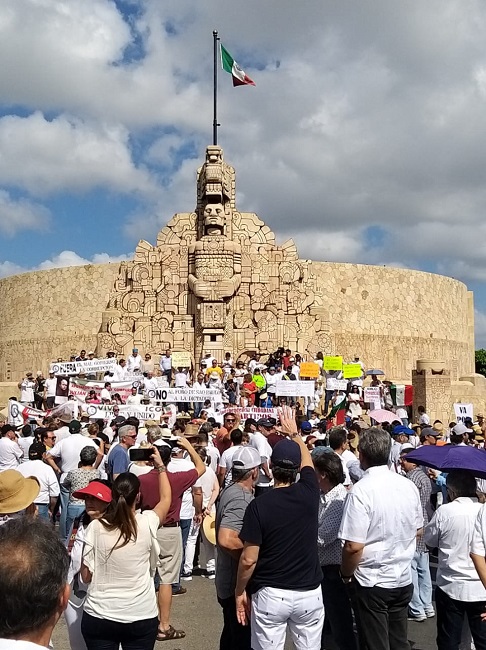 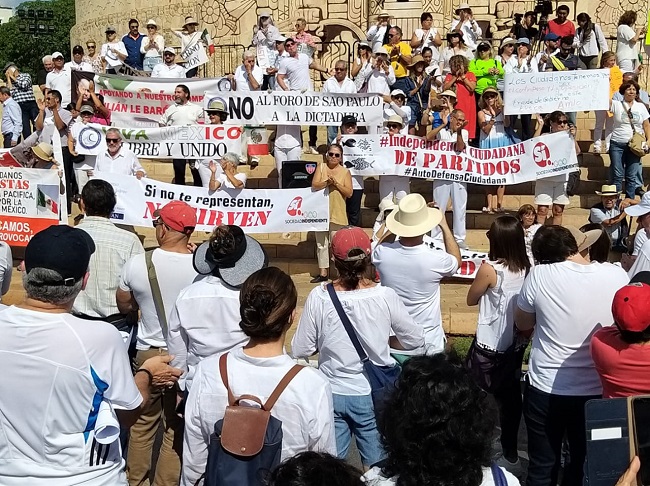 At 12:00 pm; the demonstration is over. There was very poor organization and very little affluence, between 500 and 600 asitents.